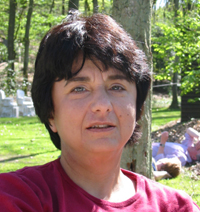 In honour of Olga Amsterdamska this award will be made for a significant creative collaboration in an edited book or special issue in the broad field of science and technology studies.

Olga Amsterdamska was lecturer in Science & Technology Studies at the University of Amsterdam for 25 years. She died in 2009 at the age of 55. Following a study of schools of thought in linguistics she focused her personal work on epistemology in biomedicine. She was editor of Science, Technology & Human Values between 1994 and1998. During Olga’s editorship of the journal, the STS community benefitted from all of her core traits as an academic – her open mind and broad vision of the field and dedication to its development, her warm-heartedness and inclusiveness, and her incisive critical thinking and high standards of quality. These were also qualities that Olga brought with her to EASST and 4S meetings through the years and that helped make those meetings the community-building enterprises they have become. She was one of the editors of the third edition of the Handbook of Science and Technology Studies (2007). 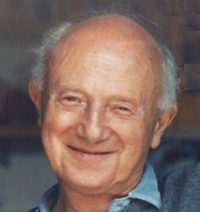 In honour of Chris Freeman this award will be made for a publication which is a significant collective contribution to the interaction of science and technology studies with other disciplines or areas of study.

Selection will be based on originality and the successful development of interdisciplinary theories, concepts or empirical descriptions. Consideration will be given to the publication process (such as series of meetings, collective work, etc.) as well as the publication itself.

Chris Freeman was Professor of Science Policy at the University of Sussex for over 20 years and also with the University of Limburg for many years. He died in 2010 at the age of 88. An economist by background, he produced many highly influential works addressing the dynamics of innovation and the Schumpeterian analysis of long waves of technological change. He also wrote on the social and political aspects of science. He was a founder of the major research centres SPRU and MERIT and was the founder and long standing editor of the journal Research Policy. An internationalist in outlook he was a key promoter of PAREX, a European collaboration in the history and social studies of science that was the direct forerunner of EASST. A modest yet inspiring figure he was renowned for his warm enthusiasm and supportiveness for all who shared a genuine interest in science, technology and society, whatever their background. He was deeply committed to social change for a more just and sustainable world. 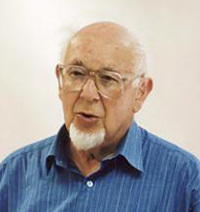 In honour of John Ziman this award will be made for a significant innovative collaborative activity to promote public interaction with science and technology.

This could involve, for example, a forum or discussion community, or an interface with non-academic users. Selection will be based on originality and influence alongside collaboration and/or wider participation.

John Ziman had a distinguished career as a theoretical physicist and was elected a Fellow of the Royal Society in 1967. He died in 2005 at the age of 79. His book on the social dimensions of science – Public Knowledge, was published in 1967 and marked the first of a series of influential studies of science as a collective human endeavour. In the mid 1980s he joined the Department of Social and Economic Studies at Imperial College, London and set up the Science Policy Support Group for the Economic and Social Research Council. He was actively involved in a variety of initiatives concerning the social responsibility of science. John Ziman was a key figure in the formation of EASST and was its President from 1983 – 1986. He was an avid promoter of initiatives at the public interface of science and was an eloquent and witty commentator on the popular understanding of science.