To call the political moment “post-Truth” implies a recent past governed primarily by something called “Truth.” This should immediately conjure some scepticism, but perhaps it isn’t that far-fetched. At the very least, the decades following the end of the Cold War brought us a series of premises about governance based on empirical knowledge. Three keywords in particular, Transparency, Information and Knowledge, ruled 1990s development discourse. Transparency emerged from the collapse of the Soviet Union, and the argument that tyranny was best prevented by making the workings of the state visible to citizens. Information harnessed the promise of new technology, particularly the Internet, in generating new economic and political rationality. And Knowledge was about the decline of the manufacturing economy in Europe and North America, and the increasing economic importance of what many hopefully called the “knowledge economy.” Later we would get “evidenced-based” governing, and the many promises of Big Data. These terms came from different places, but they are the sorts of concepts that, if one squints a bit, all relate to our expanding ability to know the world accurately. In the anxious floundering of the post-Truth era, I think this is what many have retroactively come to think of as “Truth.”

In order to take a bit of distance from this proposition about the relationship between knowledge and government, we might call it “truth politics.” The rider reminds us that this attitude, while it presents the relationship between truth and freedom as universal, responds to a certain constituency, situated in time and space, and requiring adversaries. As Graham Harman1 has pointed out, both the left and right have their brands of truth politics, which deny their own particularity and claim to transcend mere agonism. But in the decades following the Cold War, liberals have become the undisputed masters of forgetting their own particularity. Although I am primarily referring in this post to the North American experience, where the collapse of effective alternatives made it possible for many liberals to genuinely believe that politics had ended, a version of it also operates in continental Europe, where the opening of borders and unification of currency (among other standards) were seen as flowing naturally from the fall of the Berlin wall. So hegemonic had this conception of politics become in the 1990s and 2000s that it rarely described itself with direct reference to the “truth.” And this is what makes the declaration of post-truth so revealing: it retroactively reveals the epistemological stakes of a politics that had forgotten it was political.

Post-Truth might then be thought of as a revival of temporarily-suspended Cold War anxieties. In the US, this story even includes the ambivalent re-emergence of Russia as a singularly problematic political adversary. The give-away here is the sudden popularity of Orwell’s 1984, now on US bestseller lists again, and even back on Broadway. 1984 is a curious analog for the present-day America. It’s not really about a Trump-like country, led by a schoolyard bully who disregards facts and science, but about totalitarianism, in which a faceless state destroys both freedom and knowledge by undermining its citizens’ capacity to think rationally. Bill Pietz2 argued in 1988 that this largely fictional view of totalitarianism was the ideological cornerstone of the Cold War because it projected liberalism’s antithesis onto the Soviet Union. But it did so as an extension of earlier fears of the dark colonies.

Despite his own well-known critique of British colonialism, Orwell’s image of totalitarianism was based on orientalist stereotypes, beginning with the notion of a subservient population incapable of rationality. In other works the link between Cold War thought and colonialism is even clearer. American historian and diplomat George F. Kennan argued that “‘totalitarianism’ is nothing other than traditional Oriental despotism plus modern police technology,”3 and Hannah Arendt saw totalitarianism as a breaking-point for civilization, a reversion to “barbarism.”4

Behind the sudden interest in Orwell as a supposedly prescient analyst of the present, lie works like Heart of Darkness, in which liberals encounter some inscrutable other whose very inscrutability they fear might be nascent in themselves. Totalitarians and barbarians join a long list of what historian Uday Singh Mehta5 calls liberalism’s “constitutive exclusions,” the outsider on whom liberalism depends to define its own epistemology. And like all universalist worldviews, liberalism contains a story about the resolution of its own contradictions. The End of History6, declared once at the beginning of the 19th century, and again in 1989, has been the messianic poison pill in liberalism since its beginning.

In light of this history of liberal anxiety, the era of Truth was a period of ideological complacency. Paul Gottfried calls what ensued “managerial liberalism,”7 an ethos that engulfed much of the right and left in western democracies. At the end of history, liberals could content themselves with tweaking their righteousness rather than defending it against existential threats. As Emmett Ressin recently put it, “The most significant development in the past 30 years of liberal self-conception was the replacement of politics understood as an ideological conflict with politics understood as a struggle against idiots unwilling to recognize liberalism’s monopoly on empirical reason.”8

But as in the 19th century, the contradictions of liberalism were perhaps most easily seen in the global south. Once colonies, where liberals like John Stuart Mill advocated promoting enlightenment through conquest, by the 1990s they had become “developing countries” which could now be coaxed with more sophisticated carrots and sticks to enlighten themselves. Truth politics was supposed to have two very different effects in developing countries in the 1990s. First, increased government transparency was supposed to help countries transition out of authoritarianism and into more robust forms of democracy. Following Orwell’s logic, it is the citizen armed with truth who is able to speak to power and wrest their rights from a government bent on controlling them through misinformation. The informed citizen is the enlightened citizen, who grasps truth and wields it against the state.

Second, the increased circulation of information was also supposed to generate growth according to a paradigm known as “information for development,” popularized by Joseph Stiglitz when he ran the World Bank after a stint as Clinton’s economic advisor.9 This was based on the neoliberal argument that economic planning was bad because it was never possible to fully understand the economic variables at play in any given situation. Soviet and Keynesian economics suffered from the same hubris: that it was possible to know the economy and thereby control it. Thus development economists argued that economic growth, and optimal resource distribution, occurs primarily when no-one is in control of information and it is allowed to circulate as freely as possible.

These theories about why information is good for government and national economies are somewhat different. But they both serve the same purpose of policing liberalism’s epistemological fortress. Together, the Truth era’s international development policies explained both tyranny and underdevelopment as being not about the legacy of colonialism or the Cold War’s proxy wars, but about mismanagement of information, about endemic cronyism, corruption and authoritarian culture.

It’s therefore not at all surprising that Donald Trump’s emergence in US politics would immediately inflame fears of some sort of outside influence. Comparisons of Trump to a “tin-pot dictator” make the colonial tenor of this anxiety obvious. The collective insanity drummed up by Russian interference in US institutions is even more telling, where Vladimir Putin represents both the return of both oriental despotism and Soviet information control. But for committed liberals, the real existential crisis comes from within–from the inscrutable Midwest, the working class–who supposedly vote “against their own interests,” can’t distinguish between truth and fiction, and are driven by emotion rather than rationality. In the American context, Post-Truth is really a story about the collapse of a geographic firewall between reason and unreason that liberals have held dear since the beginning of colonialism.

None of this is to say that there isn’t something quite frightening occurring in way Trump, and other resurgent political movements appear to be using new forms of communication in the service of a violent worldview. But I doubt that it is particularly useful to think of this as post-Truth, and certainly not to bemoan STS’s role in undermining the status of certain kinds of knowledge. In an earlier contribution to this Review,10 Estrid Sørensen reminds us of the longstanding distinction in the social study of science, between truth and facts. STS has never had much interest in Truth, per se, except perhaps as a foil for facts. What is frightening about a figure like Trump, she argues, is not that he is post-truth, but rather that he doesn’t seem concerned with facts. But this should have little effect on social science’s commitment to questioning truth politics, even among allies, wherever it occurs. As Harman11 usefully points out, one of the greatest political contributions of STS, and new materialisms more generally, is to offer us ways to respond in the world that don’t fall back on a clear-cut dichotomy between truth politics and power politics (or, by extension, between managerial liberalism and fascism). That contribution, it seems to me, is needed now more than ever. 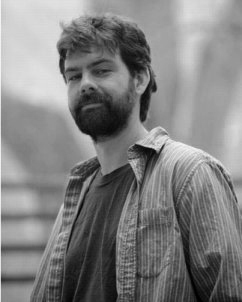 Kregg Hetherington is associate professor in sociology and anthropology at Concordia University. He specializes in environment and infrastructure, the bureaucratic state and international development in Latin America.  His book, Guerrilla Auditors, is an ethnography of peasant land struggles in Paraguay, and of how rural thinking about property and information come into conflict with bureaucratic reform projects promoted by international experts. His current research focuses on regulation in the soybean boom in Latin America’s southern cone is transforming the relationship between states, plants, people and territory.