The Barcelona Science and Technology Studies Group (STS-b) was founded in 2013 thanks to the confluence of two research groups from two Catalan universities with long histories of research in STS. These were the Group of Social Studies of Science and Technology (Grupo de Estudios Sociales de la Ciencia y la Tecnología – GESCIT), founded in 2002, from Universitat Autònoma de Barcelona (UAB) and Social Action and ICT (Acció Social i TIC- ATIC) from Universitat Oberta de Catalunya (UOC).

Later, in 2017, researchers from ATIC detached from the group, which became almost exclusively formed by UAB researchers. Nowadays, the group is composed of eight full members and located in the Department of Social Psychology at the Universitat Autònoma de Barcelona.

Under one acronym or another, researchers who form the STB-b group have been working on STS in Spain for about 25 years. This means that when describing their research trajectory, the time span they cover goes beyond the date of the group’s foundation. In this sense, it would be difficult to set a specific date for the start of the group’s activities. However, we believe that the date of 1998, when Miquel Domènech and Francisco Tirado published the text “Sociología simétrica. Ensayos sobre ciencia, tecnología y Sociedad” [Symmetrical Sociology. Essays on science, technology and society], could serve as a guide to date the beginning of the group members’ research in STS. It is worth noting that doing STS in Spain was no easy task at that time. There was no local community of reference, STS content was not present in any university degree and proposals for research projects with this approach were difficult to place in public funding calls. Even today, it is still an infrequently trodden path, with serious difficulties in finding institutional recognition. Be that as it may, in our group we are proud to have contributed to tracing that path, to have made it a little wider, and to have helped the development of STS in Spain, however modest its institutional presence may be. What follows is a brief outline of our journey

The research activity of the group consists of four main areas of interest. The first has to do with the study of public participation in the knowledge society. The changes having led to the increasingly consolidated dominant role of knowledge in our societies have radically transformed the conditions for taking part in public and political life. Among these changes, the increasing importance of scientists or experts in deliberative and decision-making processes stands out. In our research we have tried to discern to what extent this predominant role of expert knowledge may be an obstacle to citizen participation in public controversies or political processes. It has been of particular interest to us to analyze in depth the participatory mechanisms mixing lay people and experts that have proliferated as the 21st century has unfolded. Such hybrid forums can take place as institutional (top-down) initiatives, promoting participatory mechanisms such as public consultation and consensus conferences, or as social mobilization (bottom-up) actions, such as those of concerned groups calling for greater participation in the definition of social care policies in Spain. We have been studying both forms of public participation, with a special interest in identifying the role that expert and non-expert forms of knowledge play in the elaboration of contemporary public policies and the exploration of new ways to pluralize political decision making about science and technology.

Much of the work of STS-b researchers has to do with the “participatory turn” in STS, always based on a commitment with the development of a critical view towards certain forms of participation that turn public involvement into an empty exercise (Aceros and Domènech, 2020). Representative research from STS-b on public participation in science and technology includes the following projects: “The Transformation of Public Controversies in Knowledge Society. A psychosocial analysis of experts and citizens’ participation in the debate on water resources” (2005-2008); “Consensus Conferences in Knowledge Societies. An Essay of Dialogic Democracy with Older People and Experts” (2012-2014) and “Citizenship in the Knowledge Society: analysis of obstacles to citizen participation in deliberative processes” (2013-2014).

STS-b’s second area of interest is care technologies. The significant long-term care needs of contemporary societies have generated a boom of innovations such as social alarms, telecare, self-tracking technologies and e-health designed to promote independent and healthy living. Their users are responsible for taking care of his/her own health, of monitoring his/her own activity and for making decisions related to his/her lifestyle, bearing in mind its associated risks.  This definition of ‘independent living’ has often played the role of a future-oriented norm, as a promise that would help prevent the collapse of health and social care systems. Drawing mainly on innovation studies, we have been interested in analysing how healthiness, autonomy, care and solidarity, as well as certain social identities, are inscribed in technology design. At the same time, we have sought to show how users interact with these innovations, how they resist them or appropriate them (López & Domènech, 2009). In this area of research, two projects stand out: “Technology and attention to dependence: analysis of the psychosocial effects of telecare implementation” (2009-2011) and “Health and Technoscience. Citizen Participation in Social Appropriation of Knowledge and Technological Design Processes” (2015-2017). In this last project, our interest in citizen participation converged with the analysis of health technologies. In collaboration with a group of engineers, we explored the feasibility of involving children in the design of social robots for children’s hospitals.

The third area of interest for STS-b is biomedicine and biosafety. In this area, we analyze contemporary practices (especially referring to science and technology) that form and shape a new conception of life at the turn of the 21st century. From this line, we scrutinize epidemics, bioterrorist threats, biomedical advances, bio-neoliberal developments, biosafety standards and bio-surveillance protocols or agreements. We have paid special attention to how risk has become a bio-risk and how new mechanisms for managing bio-risks have been formed. This has allowed us to highlight different contemporary phenomena in relation with life management such as the construction of future and virtual scenarios as an alternative to classical risk calculation systems. We have also paid attention to the production of expert knowledge on the basis of visual and illustrative perceptions in order to facilitate its public reception. And, finally, we have described the emergence of a new public health intelligence focused on epidemics and massively using social networks to predict future outbreaks or the rise of global surveillance networks that involve ordinary people in biosurveillance practices (Tirado & Torrejón-Cano, 2020).

Finally, the group has been involved in the development of ethical frameworks for care technologies. The reflection on the ethical implications of technological innovations runs through most of our projects, but on certain occasions, it has been the main focus of our research. One example of this is our participation in the European Union funded project entitled “EFFORT – Ethical Frameworks for Telecare Technologies for older people at home” (2008-2011). In the last few years, we have been focusing on the implementation of social robots for care, as in the current project “Ethics for Robots caring for us” (2018-2021). Our aim in this project has been to depart from the Ethical, Legal and Social Implications (ELSI) approach, common in social robotics. We have observed that this approach tends to bifurcate reality as if science and society were two different systems. It focuses on very general aspects of social issues such as legal frameworks of research or very specific ones such as the use of informed consent in interactions with users. In other words, this is a perspective that tends to address “social” aspects as if they have little or nothing to do with scientific activity, and pays little attention to the practices and perspectives of research/innovation practitioners and the meaning they give to ethical and social issues. However, as we have shown in different works, addressing issues that go beyond the ELSI paradigm, such as the imaginaries of designers and engineers (Vallès-Peris & Domènech, 2020), can shed new light on the understanding of innovation processes and contribute to a design and implementation of new technologies that is more harmonious with social needs. In this sense, we have used the notion of imaginary – in a way close to Castoriadis’s radical imaginary – as a tool to unravel ethical, political and social concerns that care robots entail, and, at the same time, elaborate alternative images of good care.

As mentioned above, the institutionalization of STS in Spain is quite limited, which means that STS-b’s activity in this field is mainly concentrated on research, with little impact on teaching. However, it is worth mentioning that the Barcelona Science and Technology Studies Group carries out training activities through its doctoral program entitled “Person and Society in the Contemporary World”. One of its lines of research is devoted to STS and dozens of PhD students have passed through it since its creation in 2013, which makes it a rather unique case in the Spanish context.

One indicator that all these years of work seem to be bearing fruit is that two of the most recent degrees at our university – Artificial Intelligence and Science, Technology and Humanities – include STS-related subjects in their content. For our group, this has been the best reward we could have imagined. Undoubtedly, there is still a long way to go, but these small achievements show us that we are on the right track.

Vallès-Peris N and Domènech M (2020) Roboticists’ Imaginaries of Robots for Care: The Radical Imaginary as a Tool for an Ethical Discussion. Engineering Studies, 12 (3): 157-176. 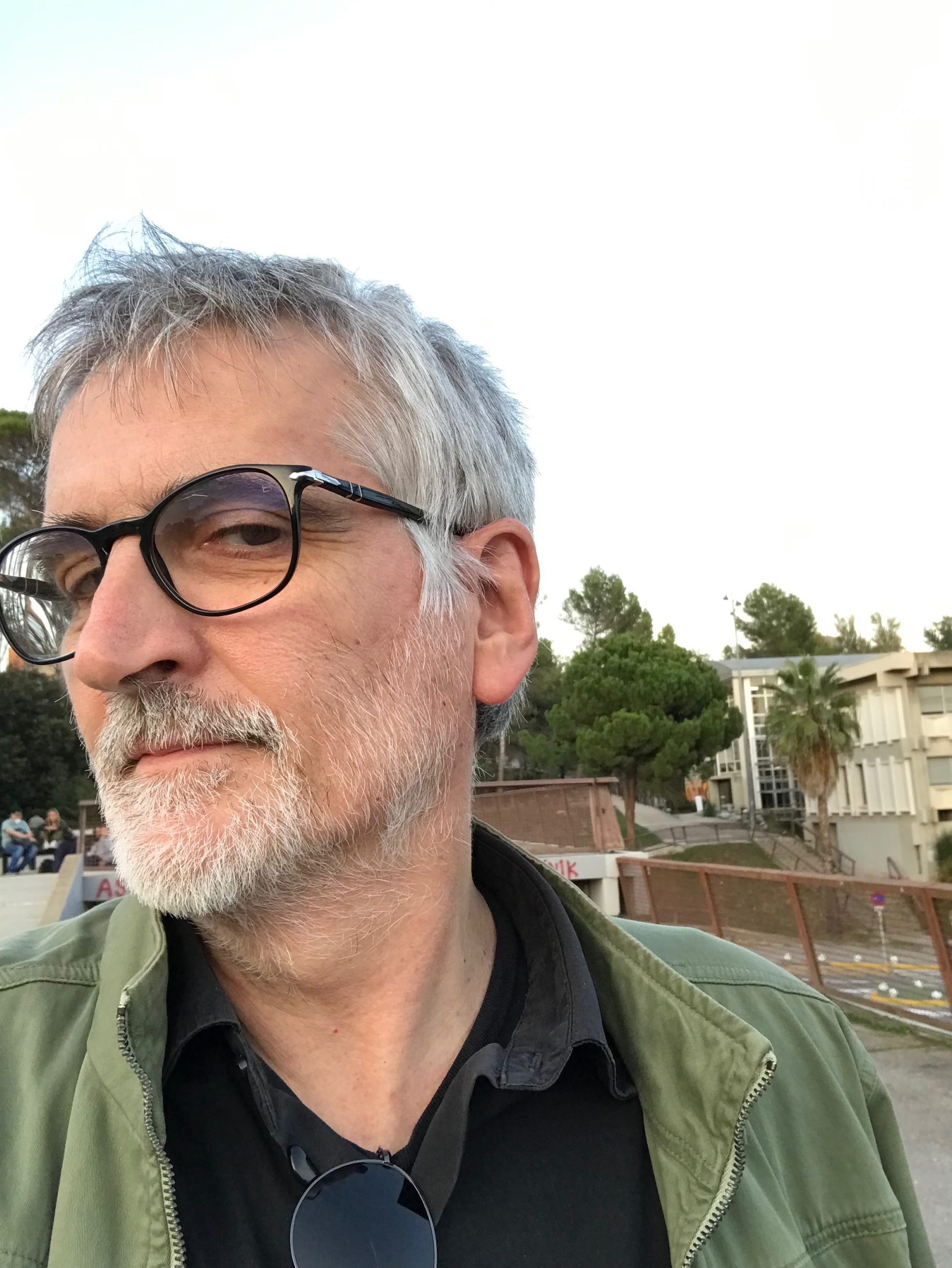 .Miquel Domènech is Senior Lecturer in the Social Psychology Department of the Universitat Autònoma de Barcelona. He is a founding member and former director of STS-b. He has also been involved in the EASST Council between 2015 and 2021. His current research interests have to do with the analysis of the processes of implementation of care technologies, the mechanisms of citizen participation in technoscientific issues, and the ethical reflection on robotics and Artificial Intelligence. 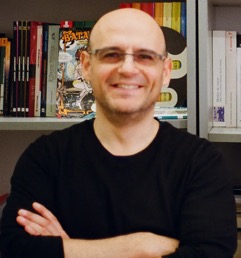 Francisco Tirado holds a Ph. Dr. in Social Psychology. He is a Senior Lecturer in the Social Psychology Department of Universitat Autònoma de Barcelona. He is the director of STS-b. His research analyses the relationships between science, technology and society. His works focus mainly on power relations and political action in sociotechnical contexts. He has studied the link between biomedicine and biopolitics, and currently examines how Artificial Intelligence and algorithmic practices are turning biopolitics into psychopolitics.