Following some examples for the EASST Lancaster “Meetings” conference, I use this short paper to reflect on a few of my concerns regarding representation in STS conferences. I review here briefly examples regarding socio-material complexes implicated in the fields of health, medicine and environment as discussed in Lancaster. I suggest that as far as STS conference talks are concerned, a cue can be taken from STS’ own concern with different aspects of materiality, to transform the ways in which objects-subjects of research are represented verbally.

Attending EASST conferences in Torun, Barcelona and now Lancaster, I have gained a certain perspective on how subjects, matters and issues of discussion have evolved. The issues with which STS is engaged have become more varied, complex and numerous. This echoes the complexity and indeterminacy of challenges that figure in public life and discourse, on the backdrop of a changing political context. Changes in climate, environment, health and medicine, data, gender, governance, and regulation. All these, to name just a few, preoccupy STS scholars. As reality is in flux, this is brought forward to be discussed in EASST conferences. The Lancaster conference explored the conjoining of these various changes, as its lead theme of “Meetings” indicates. Yet, as reality multiplies (Mol, 2002), I could not escape the growing impression that discourse multiplies as well and that the gulf between the two, reality and discourse about it, widens.

I will illustrate what I mean with a few examples from talks I have listened to, or the one I gave in the panel I co-chaired (C26). This last one focused on the state of STS research into the field of precision medicine. Remarkably, in my view, the panel consisted of three full sessions with some members of the audience holding through all of them. Some of the papers clearly addressed problems in precision medicine that have direct implications for practitioners, medical technologies and the sometimes subjugating practices by which these are administered. Above all, the problems discussed impinged directly on patients, their experiences and pre-discursive suffering. Those papers that dealt with patients, but also with clinicians and scientists, including my own, brought quotes and excerpts from interviews and direct observation. Can this type of bringing the voices from the field be turned into actual participation of informants, artifacts and so on? Will such participation distort an STS theoretical approach of some kind or the explanation of knowledge production practices or make them less symmetrical? After all, some of the STS stories told (Law and Singleton, 2000) entailed practices of exclusion (for example, of ethnic groups from Nordic biobanks, or in possibilities to access population-wide genomic studies) or coercion (e.g. in the use of a new respiratory diagnostic technology in the UK). The need to explain and generalize from the idiosyncratic practices on the ground is clear, but can a more direct way of mediating be found (Geertz, 1988)?
This can be viewed as a post-modernistic disconnection between the signifier and the signified. The concept of “fact”, denoting real, hard, undeniable empirical evidence, has lately fallen out of grace. Only a year before the Lancaster meeting, post-truth was debated over the pages of Social Studies of Science (2017). It is not my intention here to decide whether discussions in Lancaster represented an epistemological democratization or retreat from the world. The great majority of presentations and papers that I have had the opportunity to hear were focused on pressing problems that concern people everywhere. However, I wish to use this opportunity to make sense of my concern that the way issues are talked about, is detached from issues themselves. This concern stems in part from my own engagement with an environmental health phenomenon that is associated with long-term adverse problems. The basis for this is an approach that examines effects originating from real-world scenarios. Interestingly, this comes from medicine’s own recognition that science does not exist in a void (Sherman et al., 2016). This understanding has affinity with STS reformative, engaged, underlying aspirations (Sismondo, 2008).

The next two examples pose a more complex case in light of these questions. They deal with two distinct perspectives on issues of environmental contamination and how to act on it. One concerns the plenary titled “Meeting Soil”, the other, a panel on toxicity (A29). In the plenary, two ecofeminists spoke about engagement with soil itself through micro-practices of permaculture. Both speakers, one activist, the other STS scholar, explored the possibilities of pushing beyond legitimate scientific knowledge on soil by recognizing its sacred and affective qualities. One departed from a binary historical narrative to describe this, the other used ‘STS dialect’. Common to both was the grounding, so to speak, and belief in small-scale, grassroots activities and their capacity to instigate environmental improvement. In contrast to the benign tone of the plenary discussion, under the same sun, on the same planet, other man-made environmental harms are taking place, as reflected by papers in panel A29. We are not only constantly exposed to a myriad of chemicals. Exposure relates to multiple social and political practices, from the most mundane to the most powerful expressions of late-modern capitalism. In a sense, toxic chemicals, as understood in this panel too, are a kind of material-semiotic complex: a matter inextricably connected with discourse. Like soil, the challenge is to make the all-encompassing presence of chemicals visible, turning our gaze so as to enable action. As some of the papers have shown, even in the field of chemical exposure, bottom-up actions are possible. Both soil-emanating permaculture and chemical-countering activities are strategies for dealing with imminent environmental threats. What is the difference between regaining the visibility of soil and that of chemicals? Perhaps it is in the metaphorical part of the material-semiotic complex, where soil may be sacred, but health effects of chemicals represent the consequences of a disenchanted world. What kind of political action is required to act on these two different facets of the environmental whole? Grassroot action if possible in both field. Yet, action on the scale of ‘humble’ or ‘invisible minor stories’ can be regarded as a weapon of the weak, while what is necessary is concerted political action on a different scale.

What can be done to address the absence of what is talked about in STS conferences such as that in Lancaster? How to reach for a representation in which the pre-discursive quality (Butler, 1990: 7) of material phenomena can show more directly through metaphorical, ‘material-semiotic’ complexes? How can this pre-discursive quality be articulated while still recounting material agency and performativity (Marres, 2012)? Picking up on the theme of “Meetings”, a preliminary direction could be to ‘meet’ the object-subject of discourse at occasions of discourse themselves, such as conference talks. Instead of “talking about them without them”, create frameworks in which patients, activists, soils, chemical, diagnostic artifacts and abstract data, can play out their own role in presentations. Let object-subjects, be they human or non-human, speak for themselves in a kind of performance styled on citizen science, to allow for symmetry not only in the evaluation of knowledge, but also in its STS conference representation.

Geertz C (1988) Being Here: Whose Lift Is It Anyway? In: Works and Lives: The Anthropologist as Author. Stanford, CA: Stanford University Press, pp. 129–149. 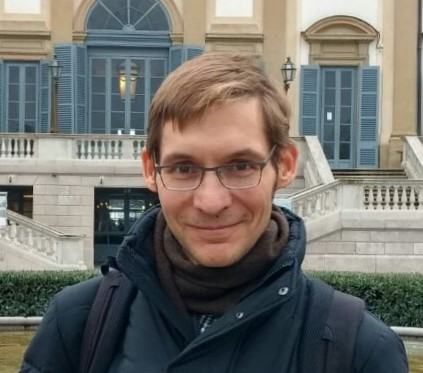 I am currently a post-doctoral fellow at the department of Experimental Oncology, European Institute of Oncology, Milan, Italy. I work on the Risk Assessment and Societal Impact module of the interdisciplinary Horizon2020 project “EDC-MixRisk”, that explores the effects of exposure to mixtures of endocrine disrupting chemicals. My academic background is diverse, and I am also interested in the sociology and politics of personalized medicine and information technology artifacts and practices. nadav.evenchorev@ieo.it