The two-day Research Workshop on Science, Technology, Society (STS) / History, Technology, Society (HTS): Bioeconomy, Biotechnology, Medical Technologies was held in Athens, Greece, on 19–20 April 2018.1 It took place in the hospitable seminar room of the Historical Archive of the National and Kapodistrian University of Athens, located in the lively city centre. The organizers designed this workshop in the context of the ongoing research project “The public debate on umbilical cord blood banking in Greece: Approaches from the interdisciplinary field Science, Technology, Society (STS)”, funded by the Onassis Foundation (Special Grant and Support Program for Scholars’ Association Members) and hosted by the Department of History and Philosophy of Science, School of Science, National and Kapodistrian University of Athens).2 An open call, specifying the aims of the workshop, was widely circulated in order to attract contributions by interested scholars. The additional funding secured through the European Association for the Study of Science and Technology – EASST Fund 2018 made travel grants to scholars from abroad possible, in order to facilitate their participation in the workshop and to promote the exchange of ideas.

The design of the workshop served the purpose of bringing together scholars working on umbilical cord blood (UCB) biobanking and the STS/HTS research community working on broader themes regarding biotechnology and medical technologies. The programme of the workshop was designed so as to provoke critical discussions about the theoretical frameworks and the methodologies employed in current STS research projects, in order to contribute to developing novel research questions in the respective empirical fields. The idea of the workshop was to cultivate dialogue, following the recent STS interest in the development and functioning of biobanking practices, among other developments in the technosciences, in the context of a growing bioeconomy (see, for instance, Pavone and Goven, 2017; Gardner and Webster, 2017; Birch, 2017). Consideration of biobanking practices as well as a range of biomedical technologies in modern society, through perspectives from the humanities and the social sciences, was the focus of the workshop, in order to open up discussions among the participants and the broader Greek STS/HTS research community. The sessions aimed to provoke detailed and wide-ranging discussion on concerted research efforts from diverse geographical sites and varied interdisciplinary foci. Indeed, the diverse thematic and geographic contributions (from Europe, North America, Africa and Asia) matched this scope. Furthermore, the programme of the workshop reflected this ambition. Apart from the four traditional sessions, the workshop included an invited speech and a session with stakeholders from the Greek biobanking sector. The audience and the faculty members chairing the sessions engaged in thought-provoking dialogue and proved the fruition of this initiative in the local research community.

The first session, Appropriating STS/HTS concepts and perspectives in dissertation research about medical technologies, provided the opportunity to elaborate on the methodological challenges of interdisciplinary research in biomedicine. Marilena Pateraki presented her ongoing research focusing on the ways to interpret the variation in body-technology relations in the case of Deep Brain Stimulation (DBS) for persons with Parkinson’s disease in the Greek healthcare system. Her ethnographic research directs attention to theorizing the relations brought about by implanted technologies and to appropriating such technologies in a specific sociotechnical setting. Kostas Raptis addressed the historical encounters of digitalization efforts in medical diagnostics in relation to the conceptualization of death. His contribution emphasized the need to deal with the sociality of technologies in biomedicine, tracing the conceptualization of death in specific works. In her presentation, Aspasia Kandaraki focused on research practices, studied through video recordings, in order to analyse the embodied and experiential character of real-time work with digital technology in a medical imaging software development laboratory.

In the second session, Trends in biotechnology policy and bioeconomy, Yulie Foka-Kavalieraki presented the initial results from her research on the attitudes of Greek citizens toward biotechnology. Then, Blessing Silaigwana directed attention to biobanking governance. Given the diverse regulatory options in European countries, Silaigwana he argued for the need to support ethical biobank research in the context of developing recommendations for biobanking practice in Africa.

In the third session, Rethinking biovalues and the political economy of biobanking, the presenters drew on case studies to highlight the relation of transnational developments and local characteristics in configurations related to novel biomedical technologies. Polina Vlasenko talked about the political economy of transnational ova provision, by analysing the processes of the generation and appropriation of the economic cycle of ova produced in Ukraine for exchange in the global reproductive market. She argued that the persistent non-recognition of egg donors as fully fledged workers (as well as mothers, persons, bodies) reinforces the invisibility of their labour and disposability of their bodies. Amishi Panwar discussed the market of cord blood stem cells in India. She juxtaposed traditional methods of storing the umbilical cord with the recent growth in biobanking practices, and stressed the importance of anthropological research to better capture the cultural and historical significance of storing cord blood. Constantinos Morfakis and Katerina Vlantoni examined the factors that accommodated the growth of private/family UCB banking in Greece, making Greece the “El Dorado of private UCB banks’, by paying attention to the processes of transforming UCB as a form of biological insurance and to the wider economics of the Greek health sector.

In the fourth session, STS and Biobanks: Opening the “Black Box” of UCB biobanks, Jennie Haw presented her research on the enrolment into allogeneic circulation of cord blood in the case of Canada’s National Public Cord Blood Bank. Examining cord blood banking as manufacturing biologics, Haw suggested that it foregrounds the production of biovalue and biocapital in biological materials, and illustrates the tensions between manufacturing and clinical logics. In the following presentation, Lorenzo Beltrame discussed the biopolitics of UCB banking in Italy and the UK, by focusing on the way that the collection of cord blood units is organized and on the strategies to involve donors. He argued for paying attention to the participation of citizens/donors as it relates to the target of covering the human leukocyte antigen (HLA) variability in possible recipients. Astha Jaiswal shifted the focus on the dominant discourse (choice, control and reassurance) constructed by commercial UCB banks for banking UCB. Her findings suggested that the need for private/family banking has been created on the grounds of the responsibility of expectant parents to do the “best” for the child (choice), of not missing this “once in a life time opportunity”(control), and of avoiding the distress of a future illness (reassurance). Concluding this session, Pablo Santoro reflected on the changes undergone by UCB banking sectors during the last decade and on how recent STS-informed approaches to biobanking, encompassing a renewed attention to materiality, to processes of commodification, and to hybridity, can shed light on some of the current features of UCB banking in Spain.

The fifth, and last, session of the workshop had a different scope: to engage with stakeholders in the Greek UCB banking sectors. The rationale of the session Engaging with stakeholders: Institutional arrangements and bioethical challenges in UCB biobanking, was that given the research focus of the workshop participants, most of whom have conducted primary research on the topic in other national settings, the opportunity to interact with stakeholders from Greece would be stimulating. Each of the invited speakers (Takis Vidalis, scientific officer on the National Bioethics Commission, and Vassiliki Gkioka and Aggeliki Xagorari, both representing public UCB banks) made a short presentation about the institutional challenges that have arisen with the operation of UCB banks, their view in relation to the opposition between public and private/family biobanks for the future of the bioeconomy sector, and their opinion with regard to the emergence of this opposition in the case of Greece. The presentations were followed by a lively and stimulating discussion with the workshop participants, providing a basis for cross-national comparisons. Representatives from the private UCB banking sector were also invited (through contact with the Greek UCB Banks Association – EETOA), but, unfortunately, did not participate in the session despite their initial acceptance.

On the evening of the first day of the workshop, Lorenzo Beltrame delivered a speech entitled “Cord Blood and the City: On the hybrid economies of international exchange of cord blood for transplantation”. A broad audience of about 60 people, including undergraduate students, attended the invited speech. Beltrame presented the ways the institutional boundaries between public and private UCB banking and the distinction between redistribution and market exchanges are blurred and decoupled. He convincingly argued that heterogeneous pressures co-shape private and public UCB banking; nonetheless, public banking, while not being a paradigm of redistributive economy, is neither one of market economy. He paid attention to the international exchange of a cord blood unit as a transplant and argued that it is “a particular form of market exchange coherent with the moral economy”. Beltrame further elaborated on his argument that public banks engage in cord blood exchange, a practice that “resembles the economy of the medieval city, based on redistribution supported by regulated market exchanges at set prices”.

The speech, in tandem with all the contributions to the workshop, shed light on a range of issues worth exploring regarding the shaping of and the complex practices involved in medical technologies and biotechnological innovations, on both the local and global scale. With regard to biobanking practices, the participants showed that case studies dealing with current practices in different national settings could offer more nuanced understanding of the processes of commercialization, commodification and biovalue production, together with a renewed attention to the materialities involved. Further perspectives could bring together the dynamics of cord blood bioeconomies with those of the political economy of healthcare.

Discussions flourished during the two days of the workshop, and continued during the social events, including lunch and dinner. During dinner, in a terrace under the shade of the Acropolis hill, the participants animatedly exchanged their ideas and discussed future opportunities to meet up again. As can be seen, EASST, through the allocation of travel grants, made possible an important forum for bringing together STS scholars, and gave impetus to the future publication of the workshop contributions.

This workshop was co-funded by the EASST Fund 2018.

1 For the full programme, see: http://www.phs.uoa.gr/hst/Projects/Project_Biobanks_Workshop.html

2 The duration of the project has been from October 2016 up to September 2018. For more, see http://www.phs.uoa.gr/hst/Projects/Project_Biobanks.html. 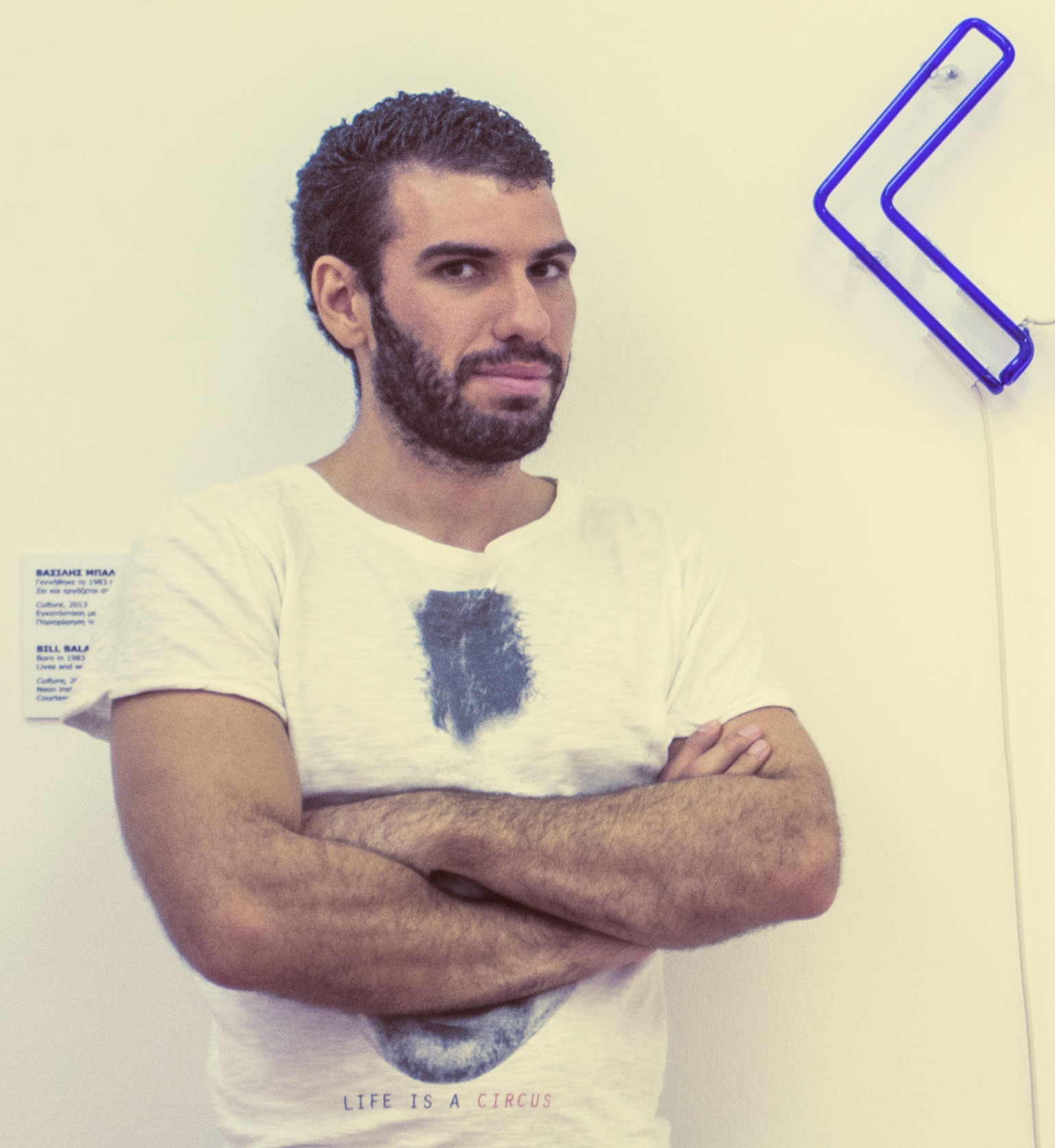 Constantinos Morfakis is Onassis postdoctoral fellow at the Department of History and Philosophy of Science, School of Science, National and Kapodistrian University of Athens. His research focuses on the public image of biosciences and biotechnology in Greece. He is tutor in Science, Technology, Society (STS) E-Learning Program of the Center for Continuing Education and Training of the National and Kapodistrian University of Athens. Recent publication: “Human Gene Mapping: The mass media iconography of the Human Genome Project in the most popular Greek newspapers”, in Petermann, Heike I., Harper, Peter S., Doetz, Susanne (Eds.), History of Human Genetics. Important Discoveries and Global Perspectives (Chapter 18), Springer Heidelberg, German, 2017, pp 285-315. 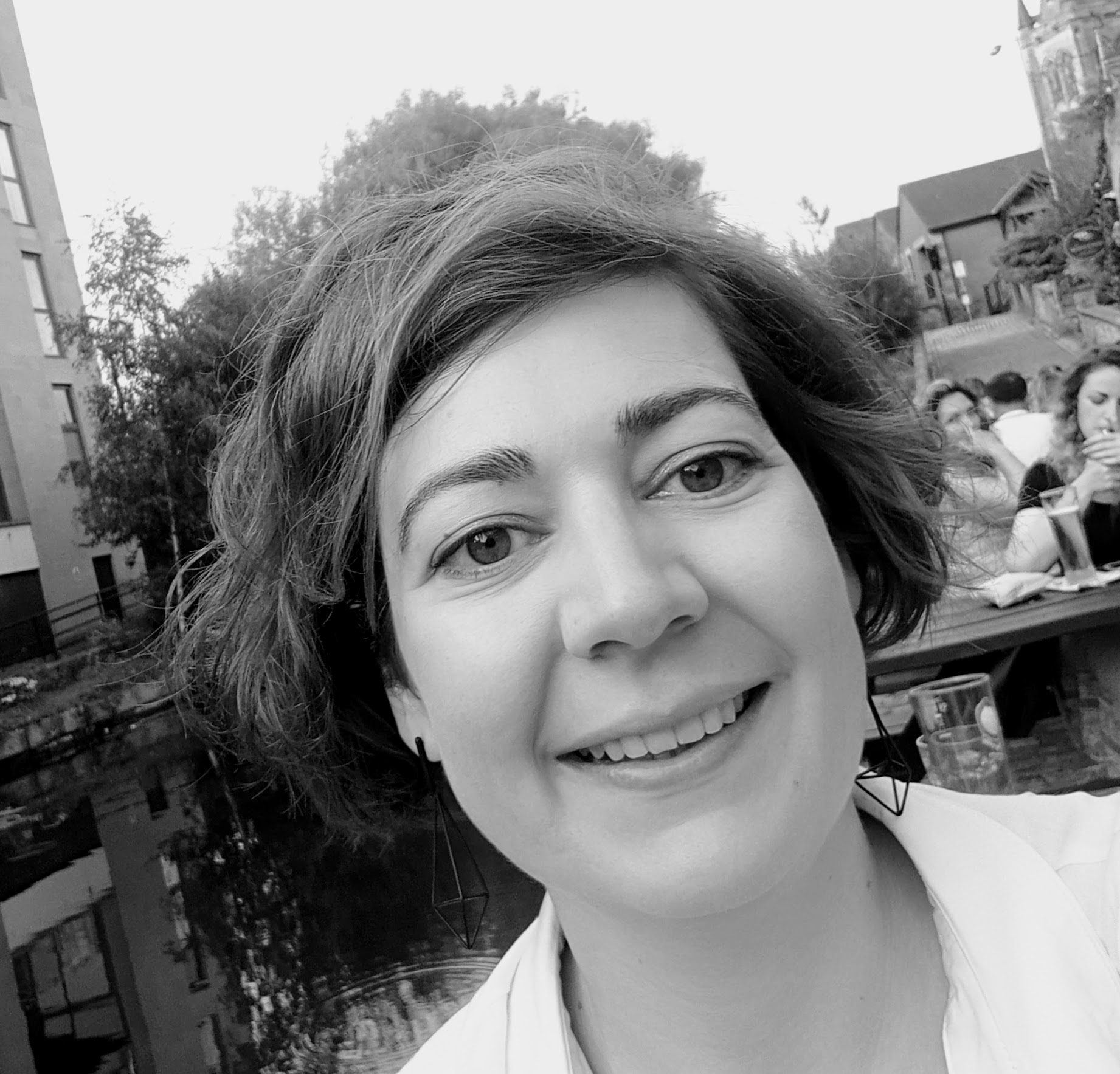