As the final program of EASST 2018 was published, it promised to be an exciting opportunity for a close engagement with STS scholarship in Germany. A pioneering group of researchers from around the country had secured a lunchtime spot at the Marketplace to discuss the need for a new method of anchoring the STS community. At the time of handing in my own paper, I had just joined the first cohort of Master’s students of a new STS program at the Goethe University Frankfurt. While the productive outcomes of the STS Germany meeting – attended by over 110 people – has already been documented online,1 I would like to draw attention the importance and benefits of such a new platform. Hence, for this afterthought contribution, I draw on the discussions I had as a participant and young scholar just starting to navigate STS from Germany and the United States.

A large part of the STS meeting consisted of working in groups, where we were invited to write down expectations for a new STS institution. At our table, the discussion quickly focused on the need for such a project to be led by, and to serve, emerging scholars. During the discussion, I became acutely aware of how similar possibilities for participation had shaped my own pathway into STS. In 2012, the start of my training as a Cultural Anthropology minor coincided with a burgeoning STS focus within my own institution. Introduced in part by new faculty members, our cohort was offered a small set of courses and lectures including STS topics. Moreover, scholars like Friederike Gesing, Michael Flitner, Katrin Amelang, and Michi Knecht then erected the Bremen NatureCulture Lab in 2014, an open intellectual space for research at the intersection of cultural anthropology, human and cultural geography, and STS.2

Importantly, the lab provided opportunities to engage collaboratively with students, faculty members, and external participants. The former included workshops, reading seminal works in STS, and engaging classes, with the introductory course “STS for all” being a unique highlight. In one instance, it was taught in rotating fashion by a group of six faculty members from the departments of Sociology, Computer Science, and Human Geography. Moreover, the lab hosted a series of lectures that showcased the work of both national and international scholars. From the student perspective, the lab provided a platform from which to figure out the boundaries of STS and enable conversation with more established disciplines, such as Media and Communication studies, which I majored in. Given this configuration, it was much easier to integrate STS approaches into my own research projects with confidence.

During the “STS in Germany” lunchtime meeting at EASST, I became acutely aware of how the landscape of taught STS programs in Germany has grown in only a few years. Many of these programs had come to my knowledge only during my research for a future Masters degree. During my studies, I had followed the development of STS at Humboldt University which, as part of their degree in European Ethnology, offers opportunities for electing an STS-emphasis. I also kept an eye on Leuphana University Lüneburg and Siegen, given their innovative takes on digital media and STS. Lastly, there had been a rise in explicitly STS-oriented programs at the Technical University of Munich and the Goethe University Frankfurt, the latter of which I eventually chose for my graduate education. A deciding factor was the program’s interdisciplinary design, which integrates specific courses from Sociology and Human Geography.3

With the emergence of different STS programs in Germany in the background, the lunchtime meeting threw into stark relief the lack of an overarching body to unite them and communicate amongst them. To guide the discussions on the contours of such an institution, several STS scholars were granted the opportunity to represent groups already in existence. As Niewöhner summarizes in his report, many are long standing associations, such as the German Society for Science and Technology Studies (GWTF), or are catered towards younger scholars at the edges of various subjects, like the Interdisciplinary Network for Studies Investigating Science and Technology (INSIST). Eventually, the discussions at our table pointed out the fine but significant differences of these existing organisations, based in their diverting definition of STS, gender politics, or attention to disciplines beyond history and sociology. (See, e.g., https://twitter.com/outputin22/status/1022467253210689539 ) Back in Frankfurt, I surely found myself in great company at the monthly Frankfurt STS Kitchen meeting4 and in vivid discussions with my cohort. Yet, I also felt the need to scale up such opportunities for collective thinking. From the perspective of a novice scholar, there are plenty of reasons to motivate this. Of greatest importance to myself were the larger intellectual task of determining the direction of STS in an inherently interdisciplinary course environment; the drive to experiment with collaborative forms of research; and laying the foundation for possible career paths in and outside of academia.

Despite a diversity of ideas on how to proceed with the design of such an institution, for example what is meant by ‘open’ or ‘network-like‘ structures, its international direction was undisputed. In discussing the outcome of the meeting with friends and colleagues, I was quick to correct myself when I referred to it as a ‘German STS’ meeting, rather than a meeting concerning ‘STS in Germany’ more broadly. The need to make future STS scholarship accessible for a broader audience is already palpable given that most of the programs mentioned above are taught in English. Thanks to a Fulbright scholarship, I am able to complete my Masters degree alongside other graduate students within the STS community at the University of California, Irvine (UCI). To a substantive degree, this opportunity to build bridges between the universities arose through the connections I fostered years ago as an active member of the Bremen NatureCulture lab. When asked about STS in Germany, I can now point to visit the DESTS website and join its mailing list, where future steps are meant to be discussed.5 Once again, I find myself drawing links in yet another Cultural Anthropology department where STS presents a growing emphasis.

At the same time, I am immersing myself in innovative projects at UCI, which could lend inspiration to the formation of an STS network in Germany. One outstanding example is the Platform for Experimental and Collaborative Ethnography (PECE) conceived by Kim and Mike Fortun, which offers a range of possibilities to bring scholars together. On the one hand, I am using its features as part of a student research group on toxicity, vulnerability, and ‘late industrialism’ in Southern California. There, we use an instance of PECE –  the Disaster STS network –  to discuss and archive our findings.6 On the other, I learned that the Society for the Social Studies of Science (4S) runs their own instance as an independent archival, publication, and work space.7 Examples include digital posters that serve to represent ongoing STS research in Irvine, Turkey and ‘Across Borders’.8 As an open source project, PECE is under constant development, but also attentive to the shifting politics of publishing, (qualitative) data management, and forms of collaboration.  Experimenting with such an ‘instance’ could be a worthwhile experience for figuring out another STS network in Germany. Ultimately, it shares a goal that was articulated at the lunchtime meeting: solidifying the STS community and making its scholarship relevant for audiences beyond its own confines.

I want to thank Saira Khan and Sabine Biedermann for proofreading and comments. I also thank the EASST council for financially supporting my attendance at the 2018 conference in Lancaster.

1 The report, which has been written by Jörg Niewöhner in representation of a host of other colleagues, can be found here: https://www.dests.de/wp-content/uploads/2018/08/STS-in-Germany-–-Ve-vill-go-on.pdf

3 An overview of the new STS program Frankfurt can be found here: https://www.uni-frankfurt.de/63707506/Master-STS 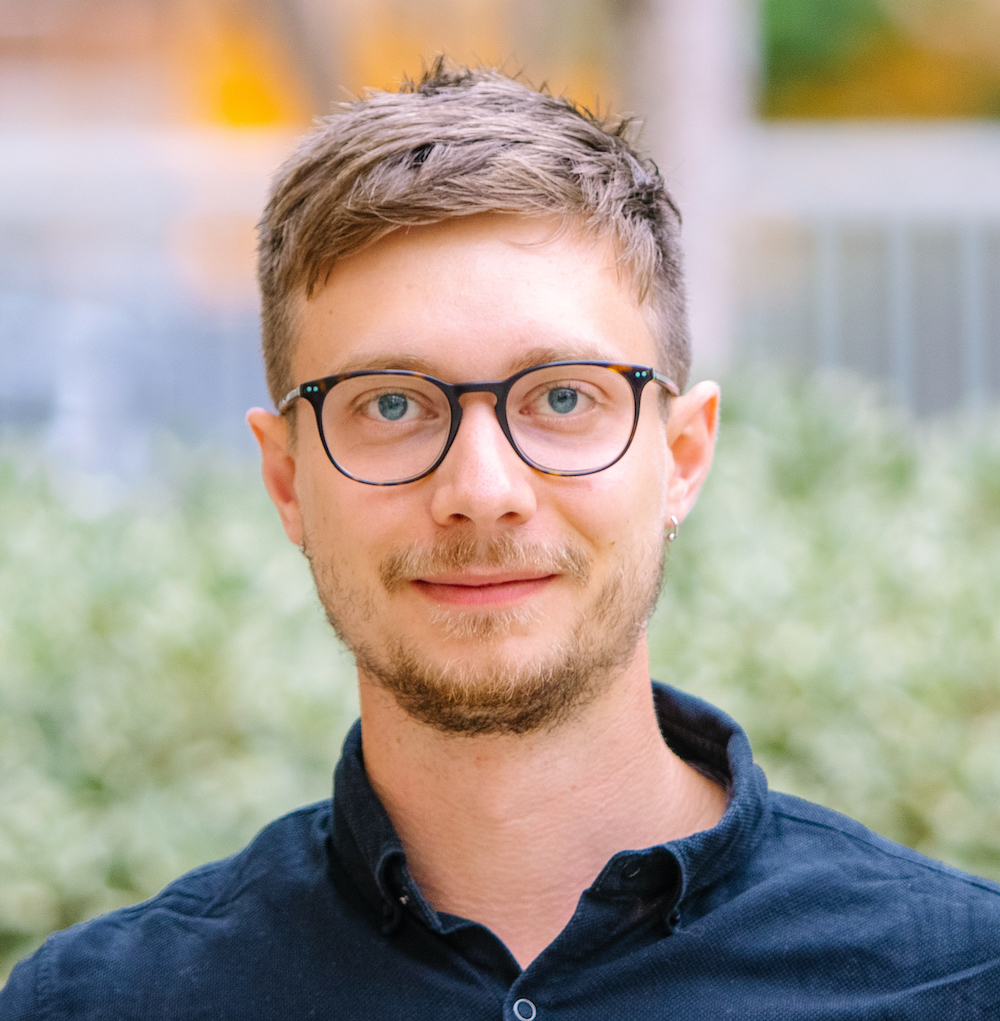 Tim Schütz earned his BA degree in Media, Communication and Cultural Anthropology from the University of Bremen, Germany. He is currently a candidate for the MA program in Science and Technology Studies (STS) at Goethe University Frankfurt. During 2018-19, he is also Fulbright fellow in Medicine, Science and Technology Studies (MSTS) at the University of California, Irvine. His recent work includes an ethnographic field study on free wireless network activism in German refugee shelters, which was awarded the 2017 DARIAH-DE DH Award for emerging scholars in the digital humanities.