Although science, technology and security are fields with numerous intersections, especially on a theoretical level, there are, on the one hand, few STS studies on security issues and, on the other, security studies do not pay much attention to science and technology. This is particularly striking, given that technology has always been crucial for the development of effective security policies and programs, and the military sector has not only profited, but also induced major scientific and technological developments. Of course, these developments have to be regarded very critically, as they often interfere with universal rights such as liberty and privacy. Especially with the rapid increase of different surveillance technologies, social impacts of technologies have become subject of an extended political and societal debate. (cf. Lyon 2007: 46) But debates on intersections between science, technology and security need to go beyond the debate on surveillance technologies, as the continuous development of lethal arms as well as the rise of dual-use technologies – technologies that can be used for civil as well as military purposes such as drones – have changed approaches towards security. The track “Back to the future: STS and the (lost) security research agenda” at the 2016 4S/EASST conference in Barcelona included a variety of different approaches in order to advance the field of security studies from an STS perspective, initiating a more comprehensive debate on science, technology and security.

During the conference, especially critical, post-structuralist approaches of security studies were used, such as the securitization theory. As described by Buzan et al. (1998), securitization means the perception of an issue as an existential threat to the security of a state. This perception should however be extended to the security of individuals as well, as technology can often assist as well as compromise human security. Securitization is therefore the act of defining problems as security threats through various actions; a prevalent action in this regard is discourse, as described by Hansen (2006), meaning that security is created through language and the debate on certain topics, which was also used by one presenter in the context of the security implications of satellite imagery. One theory that I would suggest in this regard is the approach of Collier and Lakoff (2008) who describe critical infrastructures as security issues. This is a viable approach in order to link STS to security studies as it links thoughts on infrastructure characteristics to thoughts on security and how infrastructures are characterized as security issues, furthermore Collier and Lakoff describe a variety of threat scenarios. Multiple approaches, also during the session, explained discourses on security as central aspects of the constitution of threats and solutions to these threats, especially by using technology. In return, securitization can lead to what Ceyhan (2008) calls the “technologization” of security, where technology is regarded as a “security enabler” (ibid.: 103), a means of achieving security.

The construction of security and the following technologization leads to what Jasanoff (2004) defines as “co-production of science and social order”, in this special case security being a part of the social order, therefore, the question arises if technology and security are co-produced, which was also one of the main discussion points at the 4S/EASST Conference. One concept that was discussed throughout the course of the session was the concept of sociotechnical imaginaries as explained by Jasanoff and Kim (2009). Sociotechnical imaginaries are “collectively imagined forms of social life and social order reflected in the design and fulfillment of nation-specific scientific and/or technological projects.” (ibid.: 120) Sociotechnical imaginaries might prove useful to explain technological shifts to a certain extent, as one speaker suggested in the context of terrorism, where the imaginary of terrorist attacks shapes the development of counter-terrorism technologies. 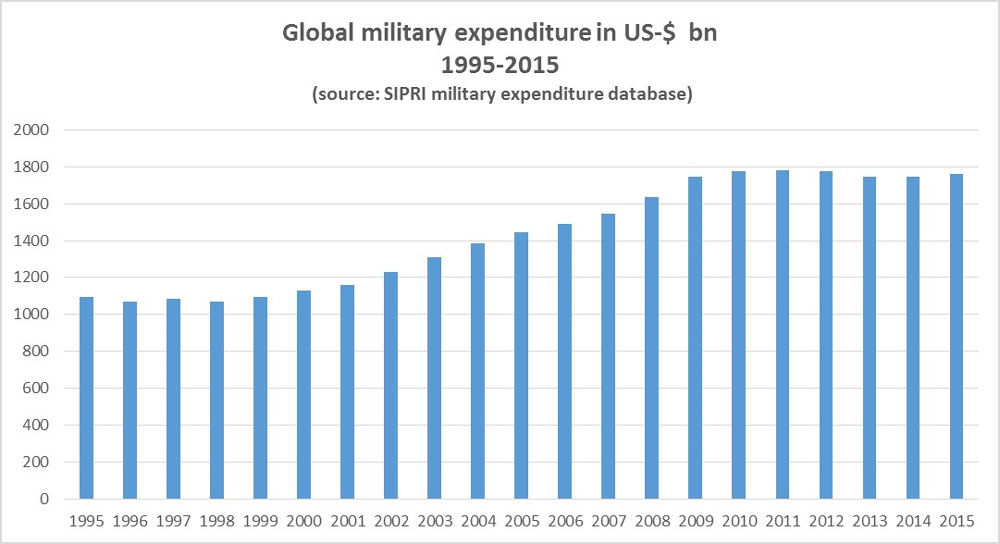 The co-production of technology and security represented one storyline that appeared consistently during the presentations. Possibilities of developing stronger intersections between STS and security studies lie within a stronger linkage of theories. One alternative is the use Pinch and Bijker’s (1987) theory of the Social Construction of Technology (SCOT), which describes technology as socially constructed by interests, problems, and solutions of actors, as explained on the panel with the example of drones being a result of social construction. In opposition to this approach, which has been under critique, stands technological determinism, where technology is regarded as factor in social change. This approach is especially prevalent in International Relations (IR)-approaches, which regard technology as one main driving factor of change in the international system. (McCarthy 2013) Determinist views appeared across the panel, especially when speakers investigated how technologies change security practices. Actor-Network Theory (ANT) represents another possibility of approaching security technologies through an STS perspective and creating intersections between the two fields. Barry (2013) sees the necessity of changing ANT approaches in order to make them fitting to IR, describing a “translation zone” of ANT within IR. Barry describes that IR poses a different set of challenges, such as the concentration on historic events and the importance of boundaries, two aspects that signify little importance in ANT, which is why ANT needs to consider these challenges when applied in an IR context.

When debating infrastructures as security issues, it might be viable to apply Hughes’ (1989) concept of Large-Technical Systems (LTS). Hughes describes big infrastructures, such as electricity, railways and energy supply, as technological systems that do not only involve the integration of different technologies, but also include human actors. Furthermore, these systems have enormous impact on the functioning of societies, which makes them interpretable as critical infrastructures. As security is growing increasingly globalized, LTS become more internationalized as well, which opens questions of governance of LTS. Mayer and Acuto (2015) argue for a linkage of Global Governance, a theoretical approach that is prevalent in IR, and LTS for a stronger perspective from the field of IR on these systems.

To sum up, STS needs to develop a vital interest in security studies, as security studies have undergone dramatic change, threats have multiplied, for example, climate change is regarded as security threat, terrorism has emerged as one of the central aspects of security policy and surveillance has dramatically altered the narrative of security studies. This will not only help in understanding the development and use of security technologies, but also will cause substantial and important critique on the militarization of science and technology.

Barry, A. (2013) The Translation Zone: Between Actor-Network Theory and International Relations. Millenium: Journal of International Studies 41(3): 413-429

Ceyhan, A. (2008) Technologization of Security: Management of Uncertainty and Risk in the Age of Biometrics. Surveillance & Society 5(2): 102-123

McCarthy, Daniel R. (2013) Technology and ‘the International’ or: How I Learned to Stop Worrying and Love Determinism. Millenium: Journal of International Studies 41(3): 470-490

Pinch, T.J. and Bijker, W.E. (1984) The social construction of facts and artefacts: Or how the sociology of science and the sociology of technology might benefit each other. Social Studies of Science 14: 399-441 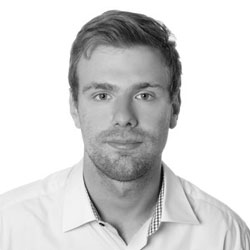 Clemens Binder is a researcher at the oiip-Austrian Institute for International Affairs in the section of Science, Technology and International Relations. He focuses on military and surveillance technologies, science diplomacy in the EU and technologies in border control. Clemens holds a Master’s degree in Political Science from the University of Vienna and also studied at the University of Oslo.