Research on science communication and public engagement with science so far has strongly focused on science content in journalistic news media and so far only a few studies have seriously examined other products of media and popular culture. However, scholars such as Görke and Ruhrmann (2003) or Maio (2006) stress that entertainment media also influence public perceptions of science, research and technology, such as genetic risks and beliefs and prejudices about biotechnology, and should therefore be studied accordingly.

Science education and science journalism will, of course, still be important sources of information for many people. However, the historian A. Bowdoin Van Riper (2003: 1104) asserts: “Popular culture probably does more than formal science education to shape most people’s understanding of science and scientists. It is more pervasive, more eye-catching, and (with rare exceptions) more memorable.” Recent research has confirmed this view. For instance, a study by Tan et al. (2015) found that popular culture und media strongly influence and shape how young children view scientists.

To address the issue how popular culture and science and research interact, our conference sought to bring together various perspectives and disciplines, including various scholars, scientists and researchers, artists, and media professionals. The aim was to collect various international perspectives on this so far relatively under-researched topical complex concerning the interactions between science, research and popular culture. The conference in Klagenfurt featured around thirty presentations and contributions from speakers from thirteen different countries and therefore also perspectives on science and popular culture from various cultural traditions (including Taiwan, Philippines, Brazil, USA, Europe). For the organization of the conference it was of special interest, that the speakers followed different approaches and addressed various formats, genres and issues of popular culture, science and research.

For instance, we heard about how science and research are presented and represented in variety of different formats: in fictional movies (Kirby, Winter), TV series (Colatrella, Pillipets) and documentaries (Hahn, Weik von Mossner), in comic books and cartoons (Cunningham, dela Cruz et al.), in music and music videos (Huang, Seidel), on social media sites (Marsh, Geipel, Muñoz Morcillo et al.), in artistic and theatrical performances (Weitkamp), science slams (Hill), popular satire (Bankes), Brazilian carnival (de Castro Moreira), and in science as a leisure activity and adventure on holidays (Javault). We heard how popularisation of physics (Yeh, Sava) and Mathematics (Groeschl) become part of popular culture, and the role arts and the visual play in popularisation of science and research (Hommrich, Nielsen, Wang), as well as the presentation of science both in science fiction (Åberg, Nowak, Rieder and Völker) and other popular film and literary genres (Svalastog, Stengler).

It was also of interest how scientists and researchers themselves relate to issues, themes, topics and channels of popular culture as well. An interesting perspective was added here by the ecologist Bernhard Seidel, who is an expert on the ecology and migration patterns of mosquitos and other animals and insects, and winner of various arts awards. In his presentation Seidel outlined how he became increasingly concerned about ecological problems caused by hydropower based on his research findings and consequently how he turned from being a neutral scientist to becoming a science and eco activist.

Seidel’s strategy to reach out to the public, media and policy makers was to make use of popular culture, particularly popular music. As a musician he wrote and performed various songs about ecological problems and also recorded various Audio-CDs in order to make his voice heard. As a special treat Seidel performed several of his songs live at the conference venue after giving an evening lecture on his research. The scientist-singer-songwriter assumes that it is much easier to gain the interest of a significant audience with an emotional and catchy song, than with sober research results alone.

Another route was taken by cartoon artist Darry Cunningham, who used a biographical approach in his keynote talk to expound how he ended up drawing cartoons about psychiatry and mental illnesses (Psychiatric Tales: Eleven Graphic Stories About Mental Illness) and public controversies about science (Science Tales: Lies, Hoaxes and Scams).

In an informal session and atmosphere Global Young Academy member and conference delegate Thomas Edison Dela Cruz from Manila played the inquiry-based science education game Expedition Mundus with the conference participants. The open source game Expedition Mundus was created by the Dutch Young Academy as an entertaining and playful tool to capture the interest of young people for scientific thinking and research by simulating an expedition to an alien planet. Apart from getting to know each other this event also was an interesting practical example on how playful entertainment can foster scientific thinking and understanding.

It is not possible to easily sum up the many different perspectives heard and seen at the conference. However, we think many of the delegates seem to agree that when we are interested in the study of science and society we need to go where the people are and need to study what people consume happily and voluntarily in their everyday life, also in terms of cultural products, if we want to get a better understanding of how science and research are represented in public and what their public perception is. As mentioned before research on science communication has so far strongly focused on elite media (such as the New York Times etc.) and popular and entertainment media got comparatively little attention so far, despite being very influential as well.

Various scientific institutions – such as the National Academy of Sciences in the United States or the Welcome Trust in the UK – have recognized the importance of popular cultural formats for the public image and understanding of science, and science and technology scholars and other researchers interested in science and society interactions are well advised not to underestimate the impact and influence of popular culture in society, but also in science and research.

However, much has happened in the depiction of science and research in popular culture, in the last couple of decades. Gone are the days when most researchers where depicted as mad scientists, and with societies becoming more and more science-, knowledge- and technology-based the popular depictions of scientists and researchers are becoming more complex and colourful as well, also in terms of gender and sex roles. The great variety of conference presentations also showed that popular culture provides members of the public with a rich reservoir of ideas, topics, images and framings how science and research can be perceived and understood.

The diffusion and success of the internet, social media and digital games will probably also lead to science and research and science communication being increasingly blended and mixed up with various popular and entertainment formats. These are just some reasons why we think that not only STS scholars but researchers from various backgrounds should investigate the interactions between science, research and popular culture more systematically and we hope that our conference made a contribution by sparking a network of interested scholars and researchers, which will hopefully lead to further events and publications addressing this relevant and exciting topic.

For more information on the #POPSCI2015 conference (programme and abstracts):
https://sciencetechnologysociety.wordpress.com

The keynote talks and a collection of conference presentations have been recorded and can be watched online here:
https://www.youtube.com/channel/UCiCs9GwxFvm2HulOkQNEDaw

Görke, A und Ruhrmann, G (2003). Public communication between facts and fictions: On the construction of genetic risk. Public Understanding of Science 12: 229-241

Kohlenberger, J (2015). The New Formula For Cool: Science, Technology, and the Popular in the American Imagination. Bielefeld: transcript 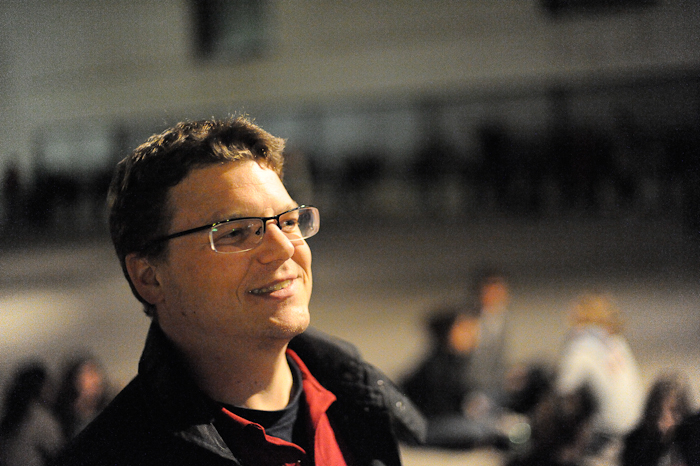 Joachim Allgaier is a sociologist and media and communications researcher, with a PhD in sociology from The Open University. He is a senior scientist at the Institute of Science, Technology and Society Studies of the Alpen-Adria-Universität in Klagenfurt, Austria. In 2015 he was appointed as a member of the Global Young Academy. His research interests concern how scientific and technology issues are communicated in public, how they are represented in the media, the internet (especially on YouTube, Vimeo and other video-sharing sites) and in entertainment and popular culture, and how various publics perceive them. 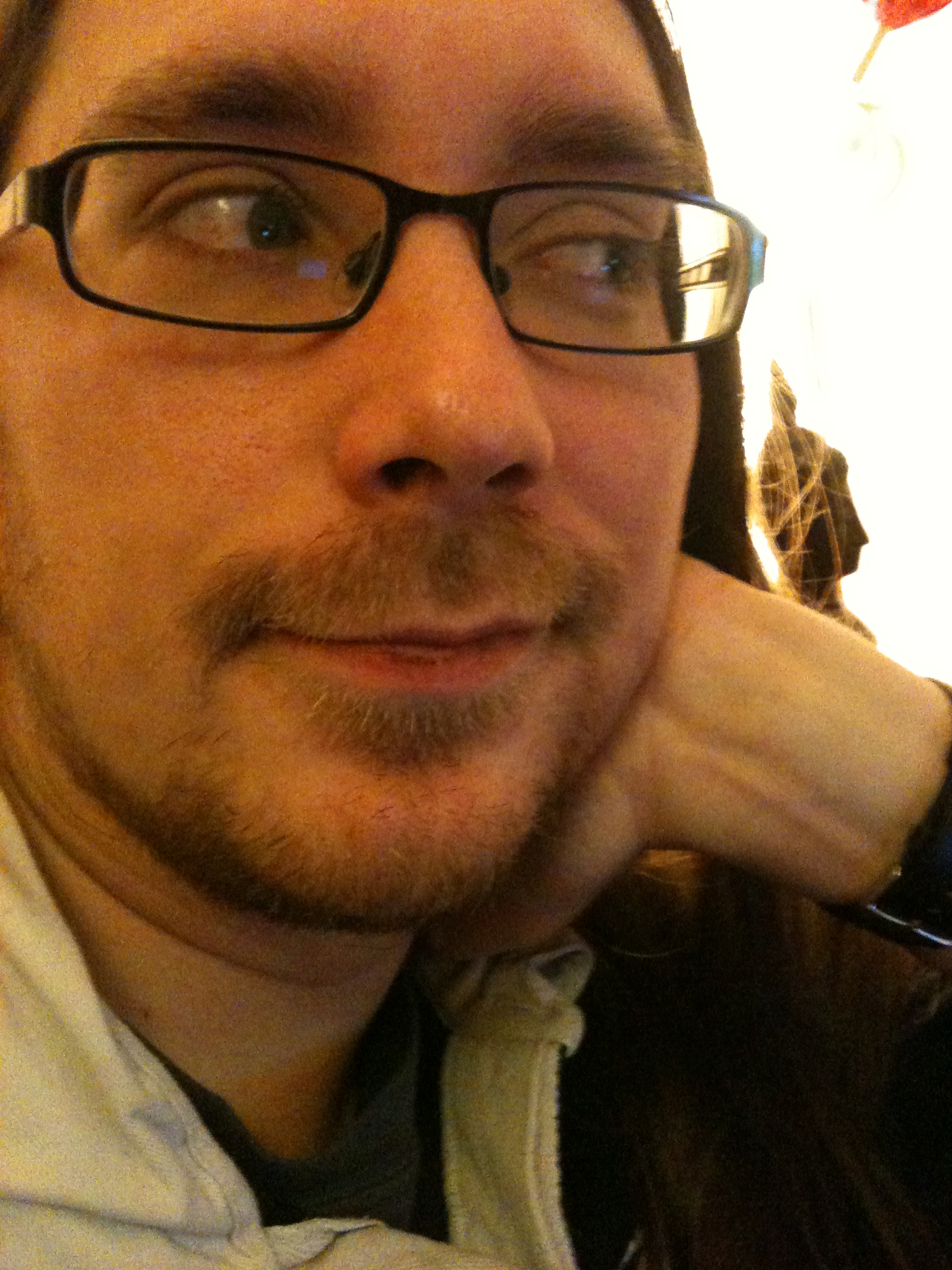 Hauke Riesch is a lecturer in sociology at the department of Social Sciences, Media and Communications at Brunel University London. With a PhD in sociology of science from UCL, he has previously been working on the public understanding of uncertainty, risk and energy policy at the University of Cambridge and on scientists' perspectives of working in citizen science at the OPAL project at Imperial College London. Current research interests include science in popular culture, science comedy and interdisciplinary relationships between philosophy, history and sociology of science.

One thought on “Science in Society: from Elite Media to Mass and Entertainment Culture. Conference Report of #POPSCI2015: Science, Research and Popular Culture”