This article focuses on the panel titled “Interspecies Agencies: Controversies, Ontologies and New Forms of Cohabitation”, presented on the 8th and 9th of July, 2022, at the EASST “Politics of Technoscientific Futures Conference” held in Madrid. The aim of the panel was to observe the interspecies bond that is manifested in various dimensions, including human-animal cooperation, public health, interspecies contagion through close contact with microorganisms, and issues related to nature and wildlife conservations. The panel included presentations that lie at the intersections of interspecies agencies and socially controversial aspects. The presentations also focused on multiple modes of scientific knowledge about animals, mushrooms, and microorganisms. New discussions and perspectives about multiple ontologies were initiated, and there was also a strong focus on theories and concepts related to ‘beyond the human’.

Humans and animals are brought together to the same scene by active participants in a set of socio-technical networks that includes different agents under diverse conditions and various possibilities. The primary focus of all the presentations was on the set of possibilities available for living with the animal, and their co-existence will evoke a new interspecies regime. In the panel, the presentation titled “Attuning to Trans-species Pidgin Articulations: Pigeon Racing as a Creolization of Interspecies Subjectives”, Kristen Livera uses the actor network theory to describe her anthropological inquiries into the re-inscribation and re-articulation of racing pigeons and their fanciers in the world. Using this theory, she demonstrates how the pigeons “aren’t bound by the subjective limits of a world of beliefs and fantasies, but cohabit a common vital world” (Ferreira, 2019: 275). Her presentation highlighted how the various actants are dragged into the politics of pigeon racing and have created “uneven topographies” (Bennett, 2010: 25). These uneven topographies (Fig. 1) include wind, fog, cow herding, radio turbines, and global warming. Such a diverse array of actants are found to be heterogeneously diffused across the topographies. Livera focuses on how her research seeks different ways of co-constructing the reality and re-articulating the bodies to be represented differently within a space of third-subjectivities (Despret, 2004).

In the presentation titled “De-extinction and the Role of Animal Charisma in Forging New Human-Animal Relations”, the panelists focus on how scientists are currently working towards the resurrection of extinct species using synthetic biology. This process of resurrection is known as de-extinction (Seddon et al., 2014). The presentation treats de-extinction as a method of nature conservation. They also bring into conversation the debates regarding the ethical implications of de-extinction (Sandler, 2017) and how the effectiveness of this method has been constantly interrogated. De-extinction contributes to the redefining of the human-animal relationships and gives rise to a new interspecies bond where the animals are also active participants in the existing complicated socio-technical networks. The presenters demonstrated that the selection of de-extinction species depends on the animal’s charisma. Using theories of priority setting in research (Ciarli and Rafols, 2019; Dalrymple, 2006), it is argued that the charisma of the animals exerts such a strong influence that it outweighs even conservation benefits.. Further, the charisma of the animals is associated with the relationships shared between the researchers and their sponsors, users, and the public in general.

The next presentation, titled “Disciplining Fungi Growth: Plantationocene in Post/Socialist Ruins”, focuses on plantation production, which is analyzed under the lens of disciplination of crops and workers (Tsing, Mathews and Bubandt, 2019). Further, plantation production is analyzed within the genealogy of market economy and capitalist production. The presentation discussed the production and the economy of the cultivated  Shiitake mushrooms in the Czech Republic. The state socialist regime was responsible for transforming mushroom cultivation from a public business to a private business. After the change in regime, mushroom cultivation began in abandoned spaces such as pigsties, cowsheds, and military areas. When the Czech Republic became a part of the European Union in 2004, mushroom cultivation was upscaled and became a part of large-scale trade. The presentation demonstrated the ecologies, infrastructures and commercial strategies that were adopted for the growth of the Plantiationocene in areas of post/socialist ruins. It highlights the method used by the growers of the shiitake mushrooms in order to engage in global markets with their commodities.

These three presentations highlighted three different tents of the panel titled “Interspecies Agencies: Controversies, Ontologies and New Forms of Cohabitation”. The humans shown alongside the pigeons, the animals, and the mushrooms exist within an interspecies agency, and a transformative space is created where the social constructions and entanglements between humans and non-humans are re-constructed. The kind of materialism that the pigeon fanciers or the mushroom cultivators embody expresses a vitalist force of life and prioritizes ethical values which centralize life itself. The embodied and embedded beings sustain each other to overcome the different levels of complexities. The interspecies agencies acknowledge the sense of attachment to multiple ecologies of human and non-human relations. By paying attention to the actual world-making practices of other entities, an interspecies worlding framework arises. These presentations highlight how the new forms of cohabitation become a shared, plural, hopeful concept that is rigid and understandable.

Ferreira AAL (2019) How to study the construction of subjectivity with ANT? In: Blok A, Farías I and Roberts C (eds) The Routledge Companion to Actor-Network Theory. London: Taylor & Francis, pp. 273-282.

Dalrymple DG (2006) Setting the agenda for science and technology in the public sector: the case of international agricultural research. Science and Public Policy 33(4): 277-290. 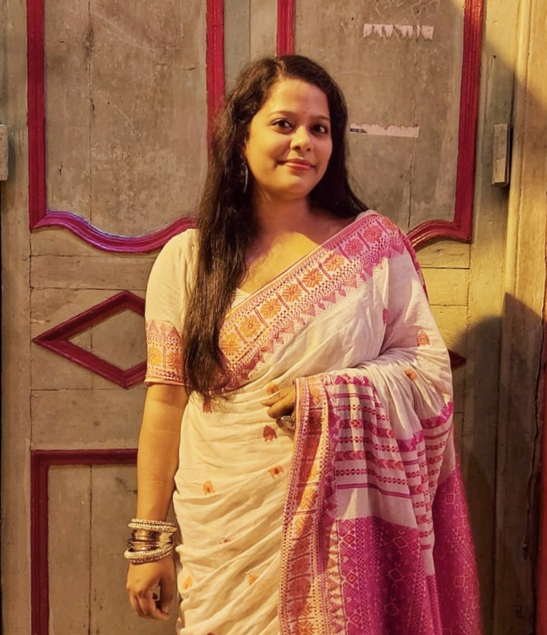 Jaya Sarkar (she/her) is pursuing her Ph.D. at Birla Institute of Technology and Science- Pilani, Hyderabad, India. Her proposed thesis examines the aesthetics of the posthuman and disabled bodies, posthumanist literature, hyper-narrative interactive films, and interactive story applications. She is a Fellow of the Indian Posthumanism Network. She has edited the book Industrial Melanism: An Evolutionary Reverse Swing and has been published in Convergence, Journal of Narrative and Language Studies, Rupkatha Journal on Interdisciplinary Studies in Humanities, Tête-à-Tête by Louisiana State University Press, and on the website of the Indian Posthumanism Network. She has also written chapters that are included in books published by ibidem-Verlag and Routledge.