Many STS communities across Europe and around the globe are now looking towards an uncertain future and how STS can aid in addressing the pressing issues of our time whose solutions or lack thereof will have concrete consequences for the future. On the 40th anniversary of EASST and with the theme of this year’s conference being Politics of Technoscientific Futures, many discussions in the conference were centered around the future, future making, and our vulnerable world. The plenary, The Futures and Politics of STS in Europe, aimed to create space for collective sense-making around the identity and future of the field of STS as it is conducted in Europe. As part of the plenary, I was tasked with speaking for Early Career Researchers (ECRs) and what we, as collective, want from the STS community in terms of our education and socialization.  As well as how ECRs envision the future of STS and our place within it, as those of us at the start of our researcher careers will become the future researchers of STS.

Speaking for the ECR’s of EASST was a large task indeed, as I am only one person. So, to facilitate a collective ECR contribution to the plenary, I, along with my co-organizer James Besse, held a workshop for ECRs at this year’s conference in Madrid. In addition to the direct objective of informing the plenary, we wanted to create space to collectively reflect on concerns for ECRs: what does STS mean for us as researchers working in and around the discipline; what does it mean to do STS; what can STS do for us and our research; what motivates us to do STS research; and how we can use our expertise from STS to address our world in crisis?

The workshop had around 40 participants from all around Europe, with backgrounds from all over the world, coming from as far as Australia. We opened the workshop with an exercise looking at how we, as ECRs, place ourselves and our research in relation to the field of STS. Participants placed themselves on a graph (see picture below). On the x axis was how they identify themselves in relation to STS and on the y axis the methods they employ. This exercise was first done in December 2021, at the Netherlands Graduate School for Science, Technology, and Modern Culture (WTMC) 2021 annual meeting’s PhD panel entitled (in)between: perspectives on doing a PhD in and around STS, that I helped to organized along with my WTMC colleagues Jackie Ashkin, Anneke Boersma, Mike Grijseels, Joyce Hoek, and Nina Schwarzbach. Through this first exercise discussions arose around questions like what defines STS, what does it mean to do STS and what is in store for STS’s future? One participant even described STS as a donut, i.e., a circular community with no real core. This fruitful experience led to the decision to try the same exercise for the EASST workshop and, as intended, the exercise led to similar discussions from the perspective of ECRs.

From this intial discussion, we arrived at multiple of topics and destilled them down into four main topics we as a group found most pertinent for further discussion. The topics were decolonizing STS, politics and futures in STS, mentorship and education, and careers. The collective came up with some more concrete suggestions and more broad ones. We found that questions of what we need in terms of our continuing education and mentorship in STS are inextricably linked to many other pressing concerns and discussion for all of us in and around STS.

Questions of education in STS quickly led to questions of what STS is and how you can have an education in something so diverse and distributed, not only intellectually but also geographically. We find this multiple-ness to be a strength of STS, but we still need more explicit, less tacit ways of being introduced to the field (in all its forms).  One suggestion would be a part of the EASST website for ECRs with things that introduce us to the many ways to engage with STS and the varieties of career paths in which STS knowledge can be employed. For instance, one suggestion would be to create a video archive of STS people from various backgrounds and life paths in order to show the diversity of possible application of STS knowledge. 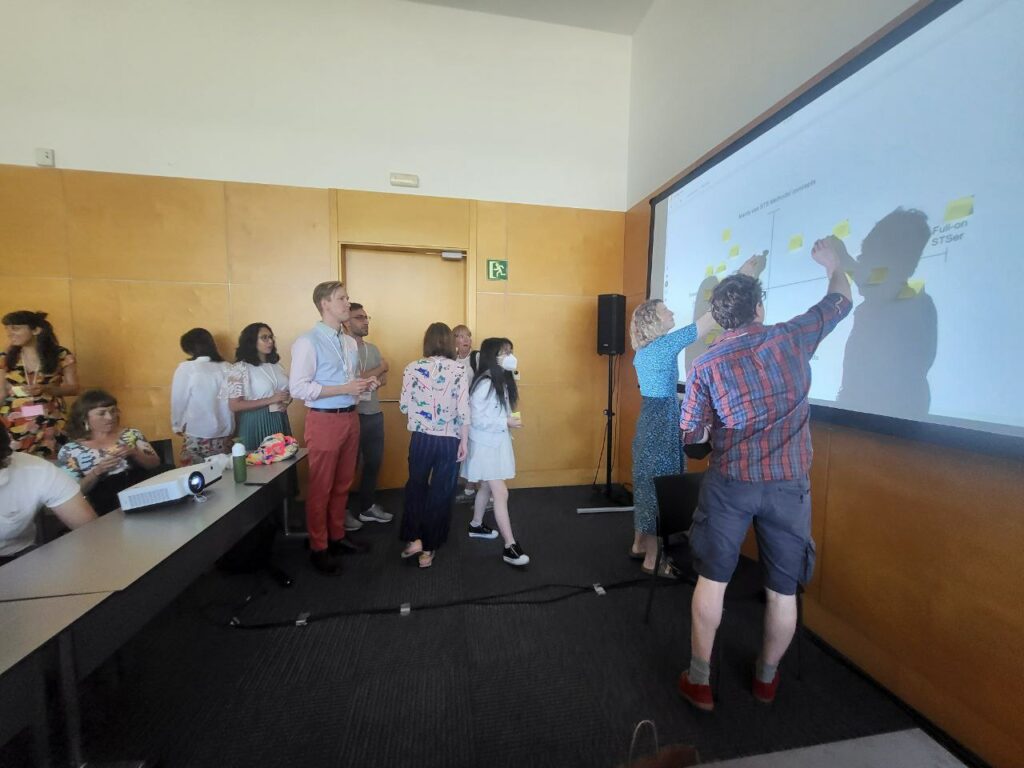 In terms of concrete suggestions for education and mentorship in STS, we would like to find better ways to formally appreciate that mentorship and supervision are like anything a skill, requiring effort, learning, and time. We hope to find ways to reward the people that do this well, while creating institutional structures to allow space for other forms of mentorship outside formal academic structure—these informal relationships have often proved most fruitful from our experiences, but often go unrewarded and unrecognized.

Lastly, the future as well as the theme of this conference, we think fits very well with the spirit of our generation of researchers and those to come: we grew up in a world unlike our predecessors in many ways. Many of us feel a dire need for action to be taken and to find ways to make our research and ours privileged positions more meaningful—to do some good in aiding the current crises affecting the world. We want to be taught how to do an STS that makes space for activism and for differences in ways of being an academic. We look to find answers to questions like: If not just engaging with policy how to incorporate activism in our research lives? Is this combination possible? And how do we make STS more accessible to anyone interested in engaging with the field? These questions are deeply intertwined with de-colonization of STS. Looking to more political communities, like those in Latin America, may help provide creative solutions and ways to find answer to our questions.

These concerns were brought to the table in the plenary and a lively discussion around activism in STS ensued. The discussion brought forth many different viewpoints and nuances around activism in STS. Many researchers who have been in the field longer made it clear that these calls for both activisms and clearer understandings of European STS and what it can do for researchers wanting to engage with wider audiences have happened before. While others discussed feeling a similar urgency and the ways they themselves try to act, from teaching to doing radical environmental activism in their personal time. One main point that I feel warrants further clarification is that activism, as we see it and as it was shown in the discussion, can take on many forms, not just ‘taking to the streets’ as it is often envisioned. Activism can take on many forms, for example taking positions of power or advisory role in institutional settings, teaching, recognizing privilege and using it to empower others, actively situating oneself more politically within their research contexts, or more traditional engagements with activism communities.

I view this discussion that took place at this year’s EASST plenary as only a starting point for further discussion and viewpoints around activism in European STS and the plurality of ways to be involved, as STS scholars, in addressing the current crises occurring in our vulnerable world. I hope to collect various viewpoints and stories of how scholars in our community engage with the themes discussed here, i.e., mentorship, educations, careers, activism in STS and the roles STS can play in addressing current crises. If you would like to contribute, please contact me. We hope to collect as many perspectives from as many people in and around STS (at any career stage), to both showcase the diversity of European STS and continue the discussions begun during the workshop and plenary. If you like to be involved, please reach out to the author. We look forward to hearing your perspectives! 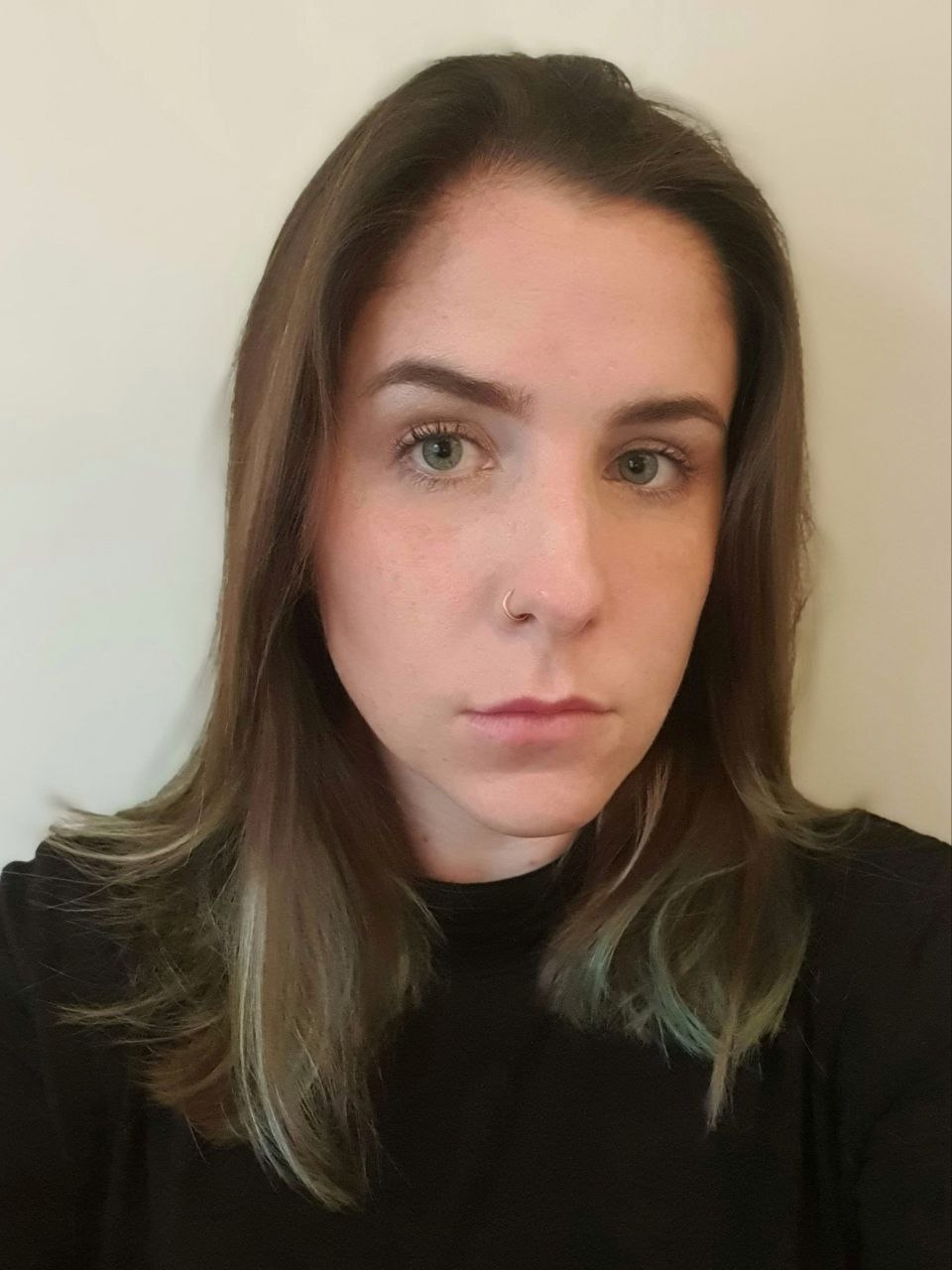 Sarah Rose Bieszczad is a PhD candidate at the Centre for Science and Technology Studies at Leiden University and the student-representative for the EASST council. Her research examines how European deep-sea researchers navigate changing governance and evaluation systems and the subsequent constitutive effects these larger transitions have on their daily research practices.