Responsible research and innovation (RRI) is a concept that has become quite prominent on global agendas. Within Europe for example, the European Commission, through its Horizon 2020 research and innovation programme, have directed substantial attention towards RRI as it is seen as a mechanism to stimulate economic growth. It was not surprising then that given the global interest in RRI it would be among the more visible themes discussed during the 2014 EASST conference. The discourses on RRI that unfolded during the course conference sought to provide considerations when addressing questions such as what it means to be responsible, who is responsible, for what are they responsible and justifications of why this is so. The narratives featured in many presentations and discussions attempted to elaborate on what it means to do ‘good science’ and at the same time pointed out the consequences of not striving to abide by interpretations of good science. While differences in viewpoints can often stifle interactive discussions, the atmosphere in Torun was quite positive, taking identified differences and gravitating toward constructive dialogue between various schools of thought and scientific interest. This made the EASST conference experience all the richer for those attending.

Within the tracks specifically focusing on RRI (‘Conceptualizing the practice of responsible research and innovation’ and ‘Addressing societal challenges by governing towards RRI’) the concept was often positioned as a means of achieving mutually shared objectives in research through processes that bring together science and society, often in the form of research initiatives. The narratives generated within sessions allowed for insights into how framings of RRI are tied to specific scientific interests (i.e. whether RRI is about the proper use of animals in research or finding ways to do away with animal research altogether) and how acknowledging this could be used to reflect on our own constructions of RRI. Attending sessions in the RRI-focused tracks demonstrated how for some participants, RRI was being conceptualized as a tool that could bring the development of science and technology closer in line with a society’s morals, values and expectations. Moreover, the narratives articulated normative statements about the kinds of interactions a RRI framework would facilitate between science and desired societal development.

Rider Foley’s paper, ‘Normative principles to guide the process of responsible innovation’, suggested that RRI is a tool that should work in concert with society in order for it to not be made into an additional obstacle, but rather be seen as a goal of science. Foley proposed deconstructing RRI into different conceptual branches – reflexive, engaging, responsive, collaborative and anticipative – that were each important to be navigated through. Thus he demonstrated that RRI is a deliberative process and it is by continually going through this process, meaning is made. In the discussion following his talk several challenges underlying this process were acknowledged. The importance of context and geographical location in which this tool could be implemented was described as being a hurdle in many cases, but at the same time was perceived as an opportunity to demonstrate how RRI requires the need to be able to adapt. The discussion emphasized that being responsible in research was not a fixed process and that in the course of doing research shifts need to take place to account for issues like unequal resource distribution or the shifting of goals and expectations in the course of scientific research. In conclusion, the talk stressed that a responsive RRI framework is one that is adaptive, and that this adaptation requires working together to affect change.

This idea draws parallels to that described by Jack Stilgoe, who also gave a paper in the same session as Foley, where he describes how for technology to work within society connections need to be made between them. As a result RRI can be seen as more than just about technological development it is also about socio-technical cohesion.

“We can see the societal embedding of technologies as requiring a process of alignment… Actors and interests are arranged such that they are dependent on one another, so stabilising a particular sociotechnical system… The project of responsible governance requires understanding this ‘alignment work’” (2013, pg. 1573)

It is interesting that Stilgoe made the observation that RRI as a form of governance needs an ‘understanding’ of alignment work. If taking RRI as tool connecting scientific research and society, then Foley’s emerging branches of RRI can viewed as actions taken to achieve this goal. The ideas of the two speakers can be seen as complimentary, but what really seems to stand out for me is the emphasis placed on the work that needs to be undertaken both for and by RRI in science. Continuing with the idea of RRI involving actively doing work, Sally Gee described in her paper the idea of socio-technical dialogue. This idea corresponds with the conceptual branches highlighted by Foley in that connections could be traced between engaging with different branches of RRI in a deliberative manner, in order to create common understanding of innovation, and the desired outcome of public uptake and acceptance of innovation.

The multiple perspectives on RRI being formulated by the STS scholars and expressed in various academic discourses contributed to the high quality exchanges and discussions in our recent conference. In each session I attended presenters and participants alike consistently proved to be keen on sharing their perspectives on RRI related matters and the construction of research frameworks to achieve this. The conference provided the kind of environment where people could engage with alternative perspectives on RRI and widen their own position on what RRI entails. These issues were touched upon in tracks not dealing explicitly with RRI and, although they were formulated in slightly different terms, these still displayed strong links to RRI in that they explored broader characteristics of doing good science. In the track ‘Stakeholder involvement’, discussions on inclusive and exclusive practices paralleled points of concern iterated in the RRI focused sessions. Sandra Karner’s presentation on ‘co-operative research’ explored features of knowledge co-production, while emphasizing the significance of the concept of integration in science. It was a good example to illustrate that doing good science entails recognizing and respecting the various components of co-production that make science work – i.e. knowledge production. To say that various forms of knowledge and expertise go unnoticed would be an understatement, particularly when dealing with unbalanced power-relations as seen in research initiatives between higher and lower-resourced countries. For responsible research to occur, Karner’s presentation indicated, differences between existing between groups need to be made explicit and taken seriously to achieve meaningful knowledge integration in the context of RRI.

Conference discussions revolving around RRI were also interested in reflecting on questions related to, on a practical level, how do we actually do research and that is both innovative and at the same time responsible. Additionally, participants often reiterated the importance of drawing attention to what the implications of doing RRI or not adhering to it would be. These instances offered perspectives on questions like what does it mean to realize RRI, by what mechanisms can this idea be operationalized, and what is the impact on scientific governance. Presenting on ‘Public engagement and RRI – The quest for meaningful engagement’, Kerstin Goos allowed us to visualize operationalizing RRI as an active process leading to learning through public engagement and about public engagement. Referring back to the notes I took during her presentation and during the ensuing discussion, I got the sense that the message being formulated was that conducing responsible research and innovation could be seen as a tool which provides a means of translation between experts and non-experts to effectively communicate ideas, expectations and differences of opinion. A similar idea of what it meant to actually realize RRI came up in a discussion about the challenges of governing towards RRI, where a presenter pointed out that public engagement that fosters mutual responsiveness among actors also helps to establish a trust relationship – performing RRI work, one might conclude, entails interactions that develop trust between the actors.

The ‘Situating Solidarities’ conference promised to bring together experts from various fields and backgrounds to contribute to stimulating conversation and to challenge ideas, concepts and perspectives. Coming to this conference I was prepared to learn a lot about how notions of RRI were being discussed from both theoretical and practical perspectives, and was not disappointed in the level of discussion. RRI was shown to be a non-fixed concept that requires active contribution and co-operation, coupled with a movement towards mutual understandings. The underlying assumption implied in the presentations was that any formulation of RRI should have the goal of enhancing the union of science, technology and society. 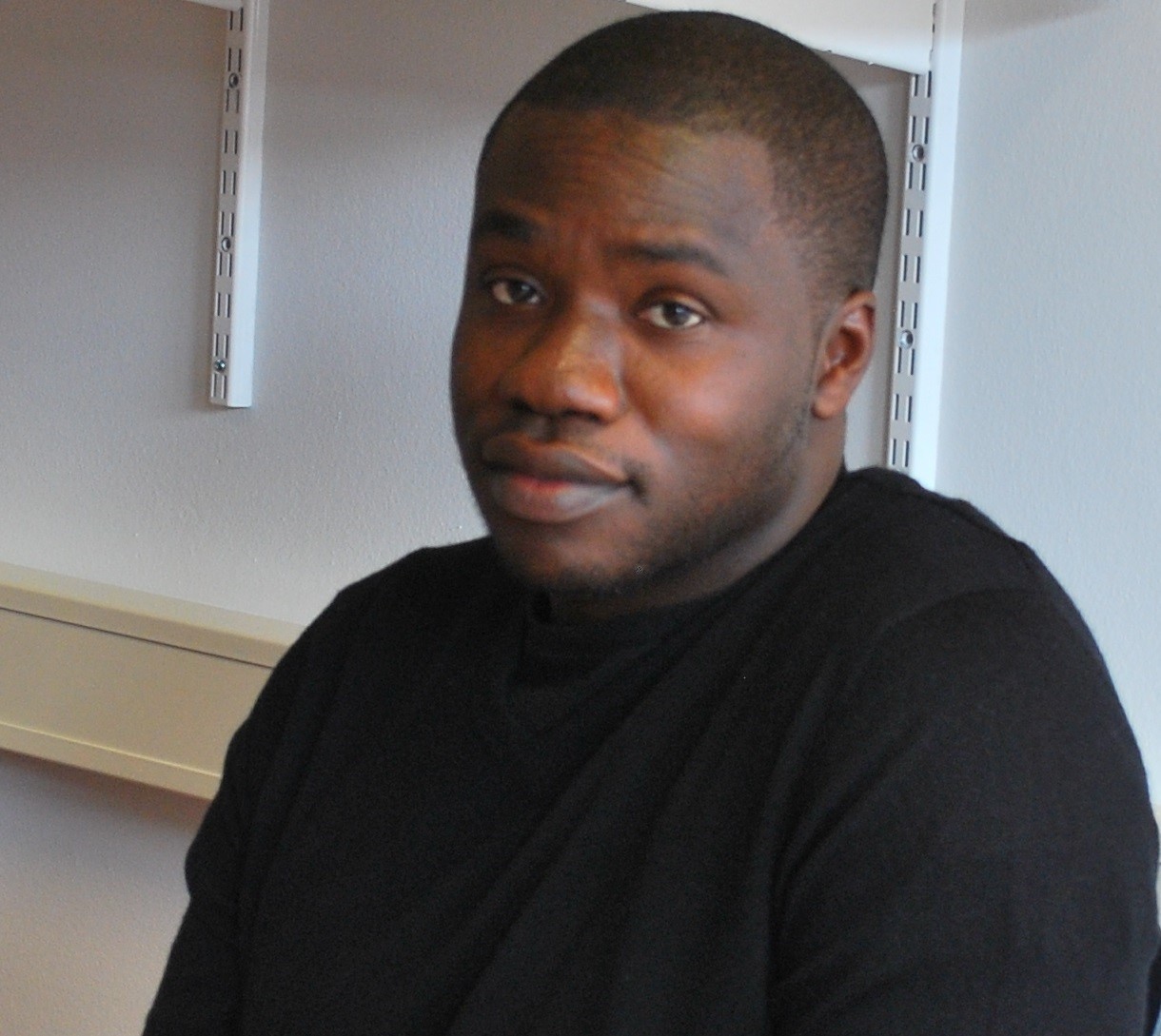 Lloyd Akrong is a Research Fellow in the Department of Health, Ethics and Society at Maastricht University. His research explores the internationalization of biomedical research, particularly with the conduct of clinical trials in sub-Saharan Africa.