These thoughts concern the political urgency of connecting with political kin. The un/doing of social relations enables the performance of planetary politics through everyday sociabilities in material worlds. The parting question of my presentation was ‘where are my kin?’ Which of us desire to perform a politics of matter in concrete material worlds, and in/as mundane everyday experience? How can those insistent on doing political work before and beyond research find and nurture each other, given that we may speak different academic idioms, and that the pressures to survive inside/outside the academic institution may hide or compromise our political intent?

I write of the political urgency of connecting with political kin. My thoughts concern the necessary doing and undoing of social relations in order to perform more lively planetary politics, as everyday sociabilities in material worlds. I have escaped from the traditional academic institution, which I regard as unfit for this purpose. And yet, as I undo my relations with ‘proper’ scholarship, I must learn how to forge new relations with improper, political kin.

EASST was, conceivably, my last ever ‘proper’ academic gig (Panagia 2009), performed shortly before handing in a PhD thesis which takes the form of a suicide note to the neoliberal academy. Submitting the troubling thesis was the final act of killing off the remaining vestiges of a proper academic self. I had hacked the funding opportunities. I had demolished the brief: ’innovation in the digital economy’ became ‘mending as a more than human, noncapitalist politics of matter’. I had stolen research time to plot my escape. I had exited the neoliberal force field and ended up in a fragile, unmarked dwelling in Cuba, where the critters and the weather can kill. I now live an improper, unscholarly afterlife, as the excess. An outside politics (Papadopoulos et al 2008) of matter is what my material labour aims to perform. My disciplined commitment is towards escapology from the dried-in habits and insensible assumptions of the deathly dominant regime. To do this, I experiment in making alternative modes of existence materialise through my everyday experience, through a process I term ‘ontoexperiment’ (Middleton 2018).

I have embraced indeterminacy, vulnerability, and risk as the new normal, but one of the less anticipated challenges, as I distance myself from proper sociabilities, is to connect with fellow improper kin. By this, I mean those who are also working on the messy construction sites where ‘alterontologies’ (Papadopoulos 2018) are finding form, those who conduct a politics of matter in material worlds, those who also refuse to perform the dominant logic through everyday experience, those who experiment with their lives. I am certain that my kin are many, but too often we keep quiet, we blend in. Our impropriety is so diverse, and so lacking in infrastructure (Berlant 2016) that it is notoriously hard for us to find each other (Halberstam 2013). How can those insistent on doing political work before and beyond research find and nurture each other, given that we may speak different academic idioms, and that the pressures to survive inside/outside the academic institution may hide or compromise our political intent?

The EASST gig went great. I abridged the suicide note in 14 minutes, 58 seconds flat. I was fresh in from Cuba and had short shrift for anyone and anything that stopped short of a concrete material response to the planetary emergency. My performance was deeply troubling (to) habits and assumptions, and yet, my audience made me feel welcome. They were ready to be discomforted, it seemed. Their affect embraced me. The parting slide was ‘where are my kin?,’ and the Q&A stuck firmly within the practicalities of the ‘what next?’ Thanks to comments by Laura Watts and Andy Yuille, I realise that in Cuba my kin are the extended web of ‘amistades’ (friendships); the neighbours who I have ‘nothing’ in common with, those who let my family sleep on their floor during a hurricane, those who give me their last egg to make a birthday cake when none are available for sale, those who come asking for a few leaves from my garden to cure an ailment. These kinship networks do the work that Google and Amazon do in the ‘broken sociality’ (Berlant 2016) of the Global North. These fleshy kin, who are not of my choosing, are the people in physical proximity who help, threaten, take advantage, share, teach, gossip, deceive, sacrifice and protect in the compromised and dis/comforting social ties of everyday life.

Then, quite separately, there are the kin that I can choose, the political kin I interpel in this piece, those I can perhaps tease into online entanglements, those with whom I crave energising, practical-focused conversations. But in the everyday struggles of material existence, these kin are likely to be too busy to sustain a conversation, too distant to populate a community, or too overwhelmed by the discomforts of enduring the risky sociabilities which that would entail. The sociabilities I really seek to join, to create and to nurture, then, are constituted through fleshy-political kinships, among the political kin who, like me, dwell on the vulnerable plane of everyday alternative materialities, kin who dare to depend increasingly on one another, kin whose mutual dependencies can kill off the deathly sociabilities of neoliberal capital. Material politics can really kick off when physical and political kin become a material community, when political kin turn from reading Haraway and Barad, and get un/comfortable, intimate, risky, and dirty nailed.

Back in the unmarked house in the unmarked street, mine is as yet an insensible solo performance in an insensible world. It’s my political imperative to turn this into a collective endeavour, and besides, I’m desperate to find human kin to dance, to laugh, and drink tea. Coping alone was never an aim, but it’s a habit, and I am still undoing the givenness of self and self-sufficiency (Yusoff 2013). We need to become nonself-sufficient, however we might come to understand the term. My ‘affective infrastructure’ (Berlant 2016, 414) is negligible and my desire to ‘conven[e] a world conjointly (ibid, 395), remains in unresolved tension. To live in risk and vulnerability, breaking old ties as I go, requires building networks of new ties to fill the affective and infrastructural gap between the existing worlds we abandon and the alternative worlds we perform into existence. ‘The social relations we create every day prefigure the world to come, not just in a metaphorical sense, but also quite literally: they truly are the emergence of that other world embodied in the constant motion and interaction of bodies’ says Shukaitis (2009, 143).

PhD study has a toxic effect on everyday sociabilities, it polices the ability to sustain any form of healthy human relations, and to find time for anything other than itself. I’m emerging from the process with my kinship networks in tatters, and with the potential for activist scholarship collapsed. I have taken my doctoral commitment seriously because the thesis is for a politics of matter, not for a potential academic career. As a result, I have produced something approaching a proper thesis at risk to myself and loved ones, and in cruel isolation from the political kin it needs to translate to, learn from, and share with, in the hope that publishing my experience can help to generate political movement in material worlds. What happens next is a collective question. So I ask again, who, and where are my kin?

Halberstam J (2013) The Wild Beyond: With and for the Undercommons. In: Harney S and Moten F The Undercommons: Fugitive Planning & Black Study. Wivenhoe: Minor Compositions, 2-12. 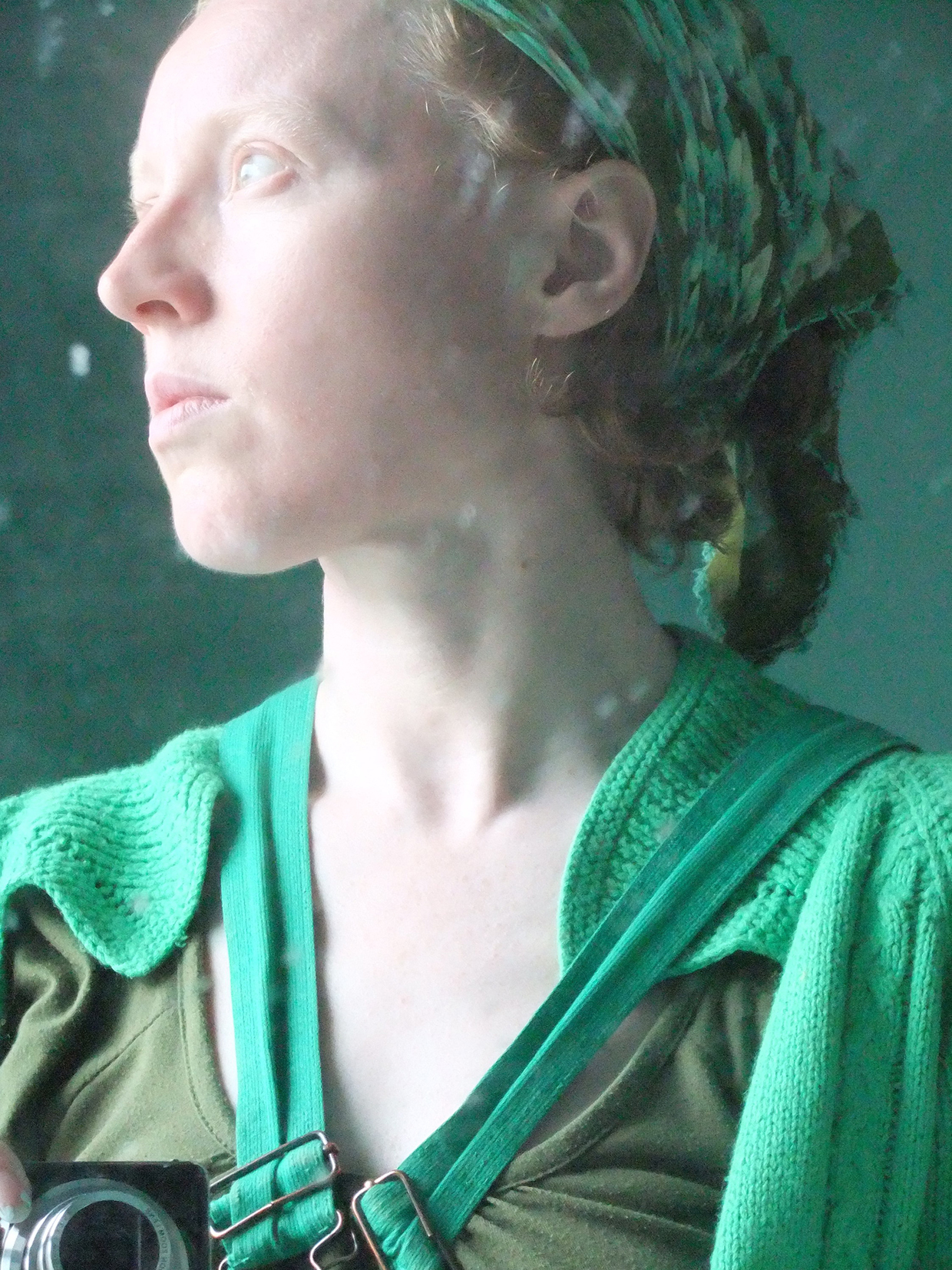 Jonnet Middleton is an ontoworker based in Havana, Cuba and Lancaster, UK. Her doctoral thesis, ‘Mending the sensible: Ontoexperiments in the politics of matter,’ is to be examined in October 2018. futuremenders@gmail.com