According to the Merriam-Webster dictionary, ordinary refers to that “of a kind to be expected in the normal orders of evens: routine, usual” but also that of “common quality” or even “deficient in quality”. It also conveys “having or constituting immediate or original jurisdiction”. It speaks of “the customary condition of things”, and, in British English, identifies those type of meals served at not particularly fancy places for a fixed price at working days. All in all, ordinary seems to relate to largely unnoticed things; tedious, common, irrelevant practices we mostly take for granted. Yet they compound a large part of our quotidian doings and interactions. Ordinary also seems to evoke the continuity of a social order; the keeping of a particular set of things; the inertia of reproducing what is expected. It may seem of little interest to look at those tiny everyday interactions that, more often than not, overpopulate our lives. Yet, what is ordinary when set under the microscope? The materialities; the interconnections and interactions that hold things together; the networks and assemblages that sustain, and continuously recreate the orderings and displays we inhabit; the tinkering and caring practices to set them in motion or to keep them going on. All these issues are brought to the fore if we focus on the ordinary, as STS and particularly feminist STS has largely insisted. The Ordinary Sociology Research Group adjusts its lenses to recognize the extraordinary character of the ordinary.

The group has developed two main lines of research: one centered in emotions, technology and technologically mediated affective relations; the other concentrated around knowledge productions and practices of care in gender-based biomedical interventions. The first line has inquired, for example, mediated and remediated mobile communications in couples (Casado & Lasen, 2014); transformations in the construction of masculinity in selfies representation at online dating apps (Lasen & García-García, 2015); and current reconfigurations on the limits between public and private in technologically mediated interactions. The second line has analyzed the feminist health movement and other health activists groups in Spain stressing their knowledge production and their impact on biomedical knowledges and practices, either in trans and intersex official biomedical caring settings; in sexual and reproductive health; and in mental health at large. This second line emerges from and is set in continuous dialogue with the group on Science, Technology and Gender directed by Eulalia Pérez-Sedeño (IFS-CSIC) in Madrid and was already presented in the STS Multiple section in 2018 (Romero-Bachiller, García-Dauder & Santoro, 2018).

These two lines have lately given rise to two simultaneous research projects under the National Spanish Research Plan. The first one, entitled Circuits of shame. Sociability and vulnerability in relations of intimacy (CSO2016-76386-P, 2017-2020) focused on shame and its effects in subjectivity production, social interactions in relations of intimacy and social processes of quotidian ordering. The second, Feminist Epistemologies and Health Activisms (FEM2016-76797-R, 2017-2020), pursued feminist knowledges and epistemologies in transformating of biomedical practices, firstly, by recovering the memory of feminist activists and professional of health practices from the 1970’s in Spain and, secondly, by following human milk circulation in regular and informal donations, and the production and commodification of probiotics extracted from human milk microbiome (Romero-Bachiller & Santoro, 2018; Santoro & Romero-Bachiller, 2020). At the moment, we have presented a new research project proposal to evaluation for the National Spanish Research Plan looking at the challenges and transformations generated in health/illness/care processes in the current pandemic context from a feminist and activist perspective, analyzing forms of violence and resistance both in formal and informal care practices.

All these investigations share a commitment to address social inequalities from a feminist intersectional perspective, and a collective playful curiosity to emergent and innovative methodologies in both research and teaching. Our research is also traversed by an emphasis in promoting interdisciplinary dialogues that allow for a collective production of knowledge in fluid connection with research, teaching practices, and pedagogical innovations.

Sited in the largest presential university in Spain, theUCM, a large part of our tasks have to do with teaching, both at undergraduate and graduate level. During all those years 28 doctoral candidates have completed their PhD´s supervised by group members. We have also taken part in more than ten teaching innovation projects. Although there is not an STS undergraduate or graduate program as such, members of the group have consistently been in charge of courses on Sociology of Knowledge and Science, STS, Digital Culture & Technoscience, along with courses on Gender Studies, Cultural Studies and Communication in Sociology, Anthropology and at Master level. We have been in charge as well of the formation in Sociology and Social Sciences at the Degree in Nursing. Therefore, our group have had a relevant impact in conforming an emergent interest in STS, STG in young students. Some of our collaborative work on teaching innovations in STS has taken the form of an adaptation of the analysis of controversies as developed by Bruno Latour, which led to a fruitful production -see for instances, the videos (video 1 and video 2) and some of the blogs (example 1, on coronavirus; example 2, on chemsex male-to-male relations) created by 3rd year undergraduate students of the Sociology of Knowledge and Science course in the last two years.

We have relations with national and international research groups, but more specifically we have been part of the Red_es_CTS, the STS network in Spain. We have  worked consistently and participated in the organization of the Red_es_CTS Encounters. We also took part in the local organization of the 4S/EASST Conference 2016 that took place in Barcelona, and, currently in the forthcoming EASST Conference in Madrid 2022, The Politics of Technoscientific Futures.

One of the most characteristic and productive practices implemented by the group have to do with the annual Encounters of Ordinary Sociology uninterruptedly held since 2013. Those Encounters aim to favor exchanges between different disciplines -from Architecture, Arts, Psychology, Nursing, STS and Social Sciences in general- to promote forms of collaborative open knowledges, stimulating innovative, experimental or non-academic formats of presentation and knowledge production, and encouraging students interventions with a high degree of success –(see for instance, the queer/feminist video/intervention developed by Postpotorras for the 2018 Encounter, Butler yo soy guapa?).

At the crossroads of investigation, teaching, and open knowledge practices, the Ordinary Sociology Research Group engages in forms of committed articulations between activism, social transformation, learning, and teaching, favoring an STS/STG attentive to nuances, specificities of the socio-material orderings, and caring arrangements of heterogeneous characteristics.

Casado, Elena & Lasen, Amparo (2014) What is Disturbing and Why Not To Disturb. On Mobile Phones, Gender, and Privacy Within Heterosexual Intimacy. Mobile Media & Communication 2 (3), 249-264.

Lasen, Amparo &García-García, Antonio (2015) ‘But I haven’t got a body to show’: Self-pornification and Male Mixed Feelings in Digitally Mediated Seduction Practices. Sexualities 18 (5-6), 714-730. 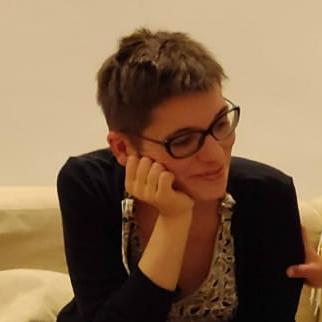 Carmen Romero-Bachiller (UCM) is Tenured Associate Professor at the Department of Sociology: Methods and Theory, Universidad Complutense de Madrid. Her main research interests are bodies and practices as products of relational materiality, considering vulnerabilities and privileges from a STS/feminist and queer intersectional perspective. She is currently working on health activism reconstructions of biomedical knowledge and practices in human breast milk donation and in problems during the breastfeeding process such as mastitis. 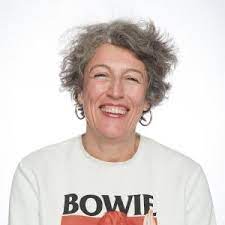 Amparo Lasen (UCM) is tenured professor at Complutense University in Madrid. PhD in Sociology at La Sorbonne-Paris V, has being researcher at the Centre d’Études de l’Actuel et du Quotidien (Paris V-La Sorbonne), lLondon School of Economics and Political Science and at the Digital World Research Centre, Surrey University (UK). Her main research topics are social implications of new technologies in affects and subjectivities constructions, as well as, study of youth cultures and practices, from a feminism perspective.