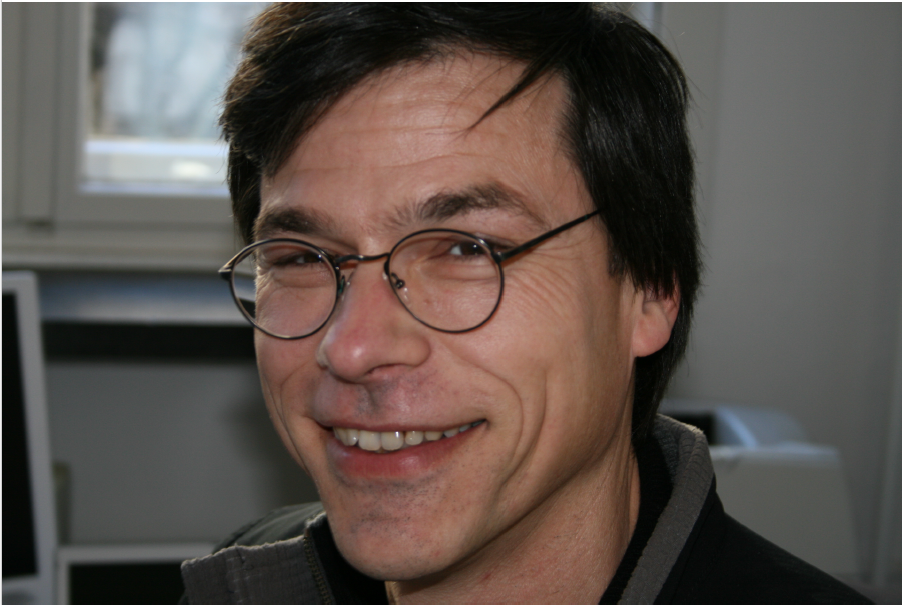 „So, my appeal is that STS should intervene in the midst of the sciences. It should be with the sciences, and indeed at times in their way: Sometimes, STS should be the sand in the gear box of normal science, point to the stumbling blocks of the sciences and help clearing them away. Too often, STS is practiced as “Chair science”, it acquiesces in the self-chosen role of “observer” or even “referee”; in the role of the “grand constructor of thoughts”. My appeal is to venture a step out of the Chair, a step that I provisionally call the collaborative re-construction.”
[our translation]

Great sadness spread from the Department for European Ethnology at the Humboldt University in Berlin to colleagues worldwide as we learnt that our dear colleague Stefan Beck during vacations in Australia suddenly had passed away on March 26, 2015. Stefan Beck, born in 1960, was a professor of European Ethnology. He played an important role for the introduction and spread of STS in Germany.

“Umgang mit Technik” was the title of his doctoral thesis that was published in 1997. At the time German anthropology’s approach to technology was dominated by a rather nostalgic view on the disappearing cultures of craftsmanship in the work sphere. Stefan succeeded in introducing a new approach that combined ethnographic research of everyday life, Science and Technology Studies and social and cultural theory. Early on, Stefan had been genuinely occupied with the interplays between the materiality of work conditions, desynchronisation, and reflexivity. In 1994 he conducted an ethnography at IBM in Germany through which he examined how the experience of time was transformed by way of new and flexible methods for organizing work. Initiated at the Ludwig Uhland Institute in Tübingen and following Hermann Bausinger’s important contribution to a materialistic turn within the discipline, Stefan contributed to its move from what used to be called “Volkskunde” towards “empirical cultural science” (Empirische Kulturwissenschaft).

In 1998 Stefan joined the department of European Ethnology at the Humboldt University in Berlin, first as a research assistant, in 2003 as junior professor, and since 2007 as full professor. From his focal study of technology, he turned towards medical practices. He studied among others transplantation and reproductive medicine, somatography, neuroscience, gerontology and biomedicine more broadly. Anthropological perspectives on culture and kinship played an important role in these studies. He was deeply engaged in comparisons between medical practices in Germany and on Cyprus and developed long-lasting private friendships within the medical profession in both countries. As the quote introducing this obituary indicates, this was much more than mere private engagement.

In Berlin, Stefan created the fertile ground for young STS scholars to develop their projects, their thoughts and their careers. At the centre was the Collaboratory: Social Anthropology and Life Sciences where scholars from different disciplines, universities and nationalities gathered to discuss a variety of themes within the area of Science and Technology Studies. Some of the greatest scholars worldwide of anthropological STS visited the Collaboratory and contributed to the high quality of discussions. Yet, the informal character and the debates across academic statuses was remarkable, not the least in the else strongly hierarchical German academic culture. With his colleagues at the Department of European Ethnology Stefan established a Master Study in socio-anthropological STS and edited (together with Jörg Niewöhner and Estrid Sørensen) an introduction to this approach to STS, titled “Science and Technology Studies. Eine sozialanthropologische Einführung” (Transkript, 2012). This and many other brilliant publications, significant activities and solid scholarly support have been essentially important for the growth of the STS community in Berlin and in Germany.

By emphasising the anthropological perspectives of the study of science and technology Stefan innovated old disciplinary questions concerning the dualism of nature and culture, human-technology relations and the way in which different social cultures intervene within the enactment of scientific and technological encounters. Stefan’s lifetime curiosity for practice theory, first in Bourdieu’s approach, later extended by Schatzki, Knorr-Cetina and John Dewey, stimulated his aspirations for building bridges across the diverging cultures of social and cultural anthropology across Germany, the UK, the US, among others. It was also through practice theory Stefan succeeded in creating partnerships between anthropology and the technical sciences, medicine and the life sciences, an endeavour he accomplished in close collaboration with Jörg Niewöhner. Apart from research funding these partnerships gave rise to Stefan’s collaboratory approach. With this he developed vocabulary and methodological tools for reflecting on how disciplines with extremely different epistemic cultures can gather to constitute collective objects. In these attempts Stefan was closely related to the projects of his long-time friend Paul Rabinow. Though, Stefan was less pessimistic than Paul about the possibilities of collaborative research.
Many of Stefan Beck’s publications can be accessed on http://hu-berlin.academia.edu/StefanBeck.

Thoughts from the Book of Condolences

Friends,
What a tragic turn of fate. Stefan was a rare and wonderful person.
My exchanges with him in Berkeley and in Berlin were precious. His intelligence, generosity, wit and care were memorable.
My wife and I retain the precious memory of our last visit to Berlin when Gisela and Stefan took time to show us parts of Berlin we would not have seen and then hosted a marvelous dinner. At the dinner, they gave me a gift of a book by Gerhard Richter and Alexander Kluge, Dezember. Midst somber series of images of the snow covered trees in the Alps are Kluge’s short interventions on the arbitrary turns of time and fate. How true, moving and distressing.

How sad and cruel.
With gratitude for having known Stefan.

Such a grievous blow. The photo at the top of this blog says so much: a thoughtful, modest man, gregarious, and with an impish sense of humor. I have fond memories of meetings in Berlin, informal and formal, when the sun seemed always to be shining and the conversations were profound, informative, and fun. Stefan’s academic contribution is of singular importance and his untimely loss so hard to bear. My condolences to Gisela.

I am shocked by the news of Stefan’s passing. Indeed, Stefan was most influential in my academic life. Being one among hundreds of students at the Institute of European Ethnology at Humboldt University Berlin, I was often deeply moved when Stefan encouraged and supported me just in the right moment. His support seemed to be refreshingly playful and accompanied me for the whole time that I learned and worked at the institute – for all the six years. As I, many others have written about his precious support too. Stefan supported generously. I also admired his sincerity and his integrity, and his clarity and his stringency have inspired me over all the years. Moreover, despite the overwhelming requirements of a quickly growing institute, he managed to maintain a remarkable warmhearted wit. Stefan’s personality remains highly inspiring for me. My memories of him are full of appreciation and deep gratitude.

My condolences to his wife, his family and to the many who will miss him now.

We are still devastated at Rice about this very sad news. Stefan was among the most brilliant anthropologists I have ever met. More than this, he was also a very dear friend. We take comfort in knowing that his words, ideas, memories will live long in the network of those with whom he came into contact and influenced. Just reading through the Kondolenzbuch one realizes what a full and marvelous life Stefan had. Gisela, you are very much in our hearts and thoughts. We look forward to celebrating Stefan’s life with all of you at the Gedenkfeier!

For me – as an MA student in the late 1990s – , and for many others, Stefan was a door opener for so many things that could never have happened in other contexts. I came as an exchange student from Zürich to Berlin. And Stefan organized a fantastic two week seminar at a study centre in the Ruhrpott, the German coal district, where we swam, ate, read and talked with a bunch of guest professors all matters cybernetics, cyborgs, and prostethics, a small group of students, some of them physicists, but also historians. It was there where he showed me that academic work could be so much more than two hour chunks of lectures and readings.
When I returned as a visiting researcher many years later, he gave me and my colleagues some money they had left from a research project, with the expressed intent to mix up their questions and methods regarding prevention. No strings attached.
Such adventures were typical for him. He did not want to be a big whig, but he became a big organizer, someone who made things possible for many many people. This happened because he was open and curious, always interested in whatever people were doing. He enjoyed what others were doing, he had humor and he could be mischievous. Often he was in the background. I do not know enough about him whether some of this was simply his style, or whether it was also, that being a professor in a small institute, he was kept crazy busy by the German university administration against which he kept the department thriving. I often wondered, given my knowledge of other German professors, how he could operate in such a modest and clever way in a context dominated by bureaucracy and grandstanding. But he also was an astute ethnographer of precisely this context, and maybe this made his career possible. It fills me with extreme sadness, that he is no longer among us.

It is hard to write this. […] I still find it difficult to believe that Stefan won’t be there when I next go to Berlin. He was such a vibrant presence – clever and funny; smart and politically astute about organisational things but with a refreshing irreverence and humour; deeply committed to his own brilliant work as well as the discipline more widely, and with a breadth of vision to infuse it with new ideas and push it in original directions. His death, so absurdly and tragically early, came soon after we had exchanged emails celebrating the fact that the negotiations that would finalise my move to Berlin were concluded. He had put so much work into making this happen. That he won’t be there to be part of the Institute that he has put so much into shaping, in other ways too, is tremendously sad and still hard to grasp. My hope, though, is that, along with others, I can play a part in making it at least something of what he had hoped and planned, and that that will be at least some kind of tribute and thanks.“

He was good to think with.