‘Lost in translation’ has been a familiar lament, sometimes sardonic.  It was popularised by the 2003 Hollywood film, whose storyline depicted meanings being lost or found in largely non-verbal ways.  But generally the term refers to verbal communication: an original meaning may be lost when translating a phrase across different contexts, cultures or languages. At the same time, a phrase can gain new meanings, which may variously complement, enrich or contradict the previous one.

Actor network theory (ANT) has analysed complementary meanings which can facilitate mutual understanding among disparate actors. Other fields, such as postcolonial and queer studies, have analysed how original meanings are lost through power differentials. Gayatri Spivak criticised such loss through translation into English as the dominant language of power. English ‘translatese’ obscures the distinctive identity of politically less powerful individuals and cultures, especially in the global South (Spivak, 1993/2004).

Indeed, a phrase can be used with different cultural assumptions, norms or aims, often related to power. Diverse meanings arise in appropriating everyday phrases across contexts.  Hence an interpretive framework is necessary for analysing how meanings change across time or place, as well as for making normative judgements on those translations.

STS concepts have helped to analyse how technoscience shapes such translations (e.g. Olohan, 2017), amidst ‘Translation in Times of Technocapitalism’.   But the converse seems more elusive: How do academic concepts undergo translation?  How does each meaning either highlight or obscure socio-political orders of different kinds?

Here let us explore the term ‘sociotechnical’, which has been pervasive in STS literature.  This article first surveys ambiguous meanings of ‘sociotechnical’, and then introduces our research project on Brazil’s solidarity economy. In this  context, ‘sociotechnical’ has been translated for a counter-hegemonic agenda. In translating all citations from Latin American sources, I have attempted to convey the original meanings from my engagement with social movements there.

The term ‘sociotechnical’ has diverse, ambiguous meanings:  Sometimes its usage implies a rhetorical contrast with purely a technical content or process.  But does the latter exist anywhere?  More subtly, the adjective can highlight a specific way of integrating social with technical aspects –  by contrast with alternative ways, which otherwise would be obscured or pre-empted.

For example, grassroots innovation has arisen in informal settings, which may remain publicly invisible.  An STS research agenda has investigated how a ‘sociotechnical process’ links such innovation with alternative forms of livelihoods and problem-definitions:

We therefore stress again the importance of studying what informal operators and marginalized households and communities themselves do to produce new products, processes, or services. These activities are inevitably going to be rooted in their own ingenuity and knowledge, some of which will be traditional or place-based. Their innovations are as likely to be socio-technical as technological, and these innovations must be included in the research agenda (Cozzens and Sutz, 2014: 25).

Those authors don’t presume the existence of an a-social technological innovation. Rather, the latter provides a rhetorical contrast with a distinctive kind of sociotechnical process: ‘The more collective the innovative process, the more it will require dialogues, conflict-solving procedures, and ultimately innovation-related governance issues’ (ibid: 20). Participants enrich their own roles in knowledge-production, thus shaping how the innovation process links social with technical aspects.

From an STS perspective, conventional top-down, capital-intensive innovation likewise emerges from a sociotechnical process.  It entails several possible ways of linking social and technical aspects.  If these are obscured or are portrayed as temporary obstacles to an obvious outcome, then the process may appear as simply ‘technological’.  The reverse can happen through controversy over a technoscientific development, whose sociotechnical character thereby becomes more explicit and obvious.

Hence the need for an STS framework to analyse omnipresent sociotechnical processes for their diverse forms and public representations.  For example,  the social aspects may be kept implicit,  hidden as ‘technical’ — or instead may be made explicit by the actors, even changed by them.  Likewise there are diverse frameworks to analyse how a sociotechnical process deals with conflicting aims, both internal and external.  Given all those parameters, how to conceptualise ‘sociotechnical’?

In Actor Network Theory (ANT) an innovation process has been generally conceptualised as sociotechnical assemblages or networks.  This concept denotes linkages among various human actors and non-human actants, whereby both can influence the outcome.  An enrolment process can link more actors and actants, align their efforts, adjust the original design and make an outcome more robust (e.g. Latour, 2005).  These dynamics can help to explain why some initiatives gain success.

In such a process, the category ‘actants’ has been meant to take account of Nature as an interacting agent, beyond simply a malleable object of human control. According to some critics, however, this framework may do the converse, namely: understand human relationships like interacting things. This can obscure a distinctive human agency, central to pervasive conflicts over societal values,  futures and orders.

Keeping in mind that ambiguity, let us return to the original theme: How does the term ‘sociotechnical’ undergo change, perhaps translation?  How can the concept illuminate rival socio-political orders, even facilitate interventions?  How to sharpen its meaning?  As a modest contribution, this short article will explain how the concept ‘sociotechnical network’ has become a strategic concept for a counter-hegemonic agenda, contesting the dominant socio-political order. 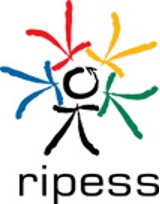 In the past couple decades, boosted by the first World Social Forum in 2002, ‘solidarity economy’ has become a global agenda to improve livelihoods through reciprocal mutual-aid activities (RIPESS, 2012).  In Latin America, continent-wide support networks have linked and stimulated local initiatives for an Economia Solidária or EcoSol for short. This agenda creates solidaristic interdependencies among enterprises, each gaining capacities for democratic self-management.  It opposes the dominant socio-political order, where market competition drives labour exploitation through employer-employee power relations (Dos Santos and Carneiro, 2008; Schüttz and Gaiger, 2006; Singer, 2016; RIPESS, 2018).

For the agri-food sector, for example, the EcoSol agenda has opposed the techno-diffusionist, capital-intensive form of modernisation.  This model serves agribusiness interests in exploiting or dispossessing small-scale cultivators, while also degrading national resources.  Opponents have promoted agroecological innovation through knowledge-exchange networks, often called diálogos de saberes; these link small-scale producers with each other and with external experts who facilitate the process.

The term ‘sociotechnical’ has become prominent in Brazil’s agroecology agendas linking local initiatives.  According to a national survey, the ‘network’ concept denotes the construction of democratic processes: ‘Their articulation through networks includes a sociotechnical dimension creating environments more favourable to innovative forms which can articulate among actors, practices and resources. Together these facilitate shared means to manage knowledges’ (Schmitt, 2020: 70).

Over the past decade such EcoSol networks have been built within and among many places.  The case-study focus here is the Baixada Santista, a coastal area southwest of São Paolo.  Training courses brought together diverse participants especially small-scale producers.  The main organizers were agricultural extensionists who had rejected the techno-diffusionist model, instead promoting knowledge-exchange among and with agri-producers to improve artisanal agri-food methods.

The organizers elaborated the concept ‘sociotechnical network’ as follows:  The training courses ‘had success only when constructing a sociotechnical network and when the extensionists….  promoted the necessary alliances among the other actors for the construction of the network’.  This approach gained the confidence of producers who would benefit from the activities (Silva e Pinto, 2015: 3).   The organizers cited ANT as follows: A ‘sociotechnical network’ integrates human and non-human entities, individual or collective –  defined by their objective roles, identities and programmes –   who are put into intermediation with each other (Silva e Pinto, 2015, Silva et al, 2018, citing Callon, 1999 & Latour, 1987 in Portuguese translation).

For the organizers’ agenda, however, the concept ‘non-human entities’ disappeared, and their anti-capitalist agenda became central as follows:   A ‘sociotechnical network’ integrates diverse actors (e.g. agroecological producers, consumers, extensionists, public authorities, researchers, etc.); each group brings its own objectives and competences.  Such a network creates a cooperative interdependent space facilitating innovative practices which were not previously specified. This space enables diverse participants to achieve their respective aims through common practices, which help them to overcome challenges posed by the capitalist market (Silva e Pinto, 2015).

As they also explained, a cooperative space depends on a translation process to facilitate mutual understandings among the network’s participants. Such translation can help to avoid or overcome internal conflicts, thus influencing the success or failure of an EcoSol initiative (Silva et al, 2018:  210-211, 186).  For this general concept, the authors cited the sociology of translation (e.g. Callon, 1999 and Latour, 2005).

When their EcoSol initiatives faced the Covid-19 pandemic, the concept ‘sociotechnical networks’ informed their strategy discussions and was popularised in newspaper articles (e.g. Silva et al., 2020).  Bem Viver likewise has been popularised there, especially for a feminist anti-patriarchal agenda around agroecological production methods (see FESBS hyperlink); this concept too has needed translation across different societal groups and contexts.

In sum: Originating from actor network theory (ANT), the concept ‘sociotechnical network’ has appeared widely in academic literature and beyond.  Through this process, various meanings have been lost and found in translation.    As described here, it has been taken up for creating solidaristic alternatives to profit-driven patriarchal social relations, while also seeking to displace them.  This is an overtly counter-hegemonic socio-political agenda (which remains rare in ANT case studies).  As regards human-nature relationships, its EcoSol agenda abandoned ‘non-human actants’ from ANT. Instead it promotes Bem Viver, whereby agrobiodiversity complements socio-cultural diversity as mutual human constructs.   Along those lines, the term ‘sociotechnical network’ has been appearing more widely in Brazil’s EcoSol-agroecology literature (e.g. Schmitt, 2020).

Beyond that agenda, the term ‘sociotechnical’ has undergone diverse usages and thus translations. Likewise other STS concepts have meanings which may be lost or found in translation.  These conceptual translations warrant methods to identify divergent meanings, perhaps at once analytical and normative ones.

This article comes from the AgroEcos project on the ‘Agroecology-based Solidarity Economy in Bolivia and Brazil’,  https://projetoagroecos.wixsite.com/meusite/

Latour, B. 1987.  Science in Action: How to Follow Scientists and Engineers Through Society.  Harvard University Press.