Nowadays, social scientists frequently consider infrastructure analysis as a starting point for an in-depth disentanglement of the multidimensional process of technoscientific innovation and societal change with a particular focus on the social and material ecologies in which human behavior is embedded (Gillespie et al. 2014). Since the mid ‘90, interest in infrastructure has profoundly permeated social theory attracting growing attention from sociologists, anthropologists and ethnographers working in the multidisciplinary STS field. Conceptually speaking, infrastructure can be considered sophisticated socio-material entities emerging by means of the management of a “series of tensions (between local and global, today’s requirements and tomorrow’s users, research and development; between project and originating practices, implementation and maintenance/repair, individual and community; but also identities and practices, planned and emergent course of action)” for the purposes of ordering everyday life (Mongili and Pellegrino, 2014, p. xvii).

Connecting to this broad field of inquiry, over recent years PaSTIS has developed a solid interest in the study of infrastructuring, a dimension through which infrastructures are generated and performed in practice. More precisely, PaSTIS has carried out a constellation of research, academic events and editorial projects aimed at capturing and exploring design and shaping, use, maintenance and repair activities related to infrastructure and infrastructuring work (Denis et al. 2015; Balbi et al. 2016). In so doing, we have cultivated an analytical perspective oriented to scrutinizing infrastructure as ongoing and open-ended processes grounded around an ecology of cognitive, material, and symbolic resources enacted by means of situated practices (Crabu 2014).

The rebellious side of infrastructuring work

One of the main research projects dedicated to the issue of infrastructuring work has related to Wireless Community Networks (WCNs) construction and consolidation processes. Conducted in partnership with the University of Trento, this project focused on these grassroots and joint working infrastructures, generally built-up at local level by media-activists, hackers and ‘nerds’ on the basis of explicit political as well as civic beliefs oriented to opposing the neoliberal and hierarchical governance of the commercial Internet. In this sense, WCNs imply heterogeneous work in which technical practices require constantly alignment with symbolic, political and organizational activities. From this point of view, WCNs constitute an exemplary environment with which to investigate processes of heterogeneous ‘infrastructuring’ (Star and Bowker 2002) at the local level in the field of digital media technologies (Parks and Starosielski 2015).

Technically, WCN is a decentralized infrastructure consisting of interconnecting antennas usually set up on the roofs of participants’ homes or on those of informal groups or volunteer organizations. These decentralized networks are fully independent from the Internet, although in a few countries they were popularized as a less expensive alternative to commercial ISP connections. WCNs are mostly self-built as volunteers adapt existing software, hack hardware, set up coordination rules, and materially install antennas. In this sense WCNs are rooted in a radical critique of contemporary governance of the Internet raising awareness on a relevant issue pertaining to the reconfigurations of power relationships between citizens and governments and also regarding distribution asymmetries relating to the growing pervasiveness of digitally-mediated communication (Crabu et al. 2015). In other words, WCNs represent alternative approaches counteracting the pervasive practices associated with the centralized control of digital communications and therefore shaping more autonomous and self-governed digital interaction spaces.

This research was based on a qualitative case study on the Ninux.org project, the main Italian WCN. The empirical data was gathered via in-depth interviews, documentary analysis and ethnographic observation of online and offline interaction aiming to investigate how Ninux.org members’ identities and motivations, as well as material artifacts, play a role in shaping and sustaining infrastructuring work in unconventional innovation contexts such as “squatted community centers” or do-it-yourself environments.

This research work will focus in particular on the cultural, political, and technological issues rooted in the Ninux.org project highlighting the way these different aspects are strictly interwoven and can hardly be understood as separate dimensions. We thus unraveled the intricacies of the mutual relationship between the various actors involved in the project emphasizing that the WCN is an emerging outcome from the cooperation of members involved in a process of mutual-learning and sharing of academic expertise and political outlooks. Indeed, contemporary innovation in infrastructures is increasingly characterized by a close relationship between experts and lay people. Taking into account this crucial aspect, we have shown that the shaping of grassroots infrastructures implies a processual and in-the-making work of creation and maintenance developed outside predictable and conventional innovation settings (Crabu et al. 2016).

Overall, on the basis of this research project we have been able to argue that bottom-up infrastructures, or more specifically ‘inverse infrastructures’ (Egyedi and Mehos 2012), are the result of an heterogeneous innovation process in which technical, political, material and cultural aspects interact recursively with each other and in which the mutual engagement of media activists and scientists is crucial in turning a political project into an innovative digital infrastructure model.

Infrastructuring in Computing Design and Development

Another research project related to infrastructures carried out by PaSTIS has regarded design and development practices in computing. Drawing on seminal work by Gregory Bateson, Leigh Star (2010, 610) used to say that users and designers, especially in computing, are bound together by a “double bind”. In the digital environment, it is extremely hard to distinguish design from development in practice. Although the design-mode in computing is a strategic re-ordering, designers limit themselves in practice to assembling elements that already exist, only rarely introducing new ones. Many developers verify or produce interoperability among the elements which are driven to converge in a new device. Their job thus consists of prolonged use of tools, libraries, databases and materials at hand. This use is often inextricably intertwined with their main activity. Sometimes developers act as designers, changing the original project or writing pieces of software for the purposes of integrating the heterogeneous elements better (Mongili 2014).

In order to explore this designer-developer tangle in depth we carried out ethnographic research into an Italian company working in telecommunications, Internet connections and other digital services. We studied their design and development practices in computing and more specifically monitored the development of an application for video surveillance connected with a social network owned by the same company. In particular, we observed testing activities which were articulated in two main information specific tools, two defect tracking systems (DTS), softphones, a protocol suite (SIP), a camera and so on.

Testing practices move forward as contingencies emerge. The ability of specific actors to exploit unanticipated gaps in previewed practices can be crucial to progress following and accompanying testing, development and design aiming at interoperability (at least at demo level) between a camera, a social network architecture and SIP protocol. To achieve this, developers looked for a camera and developed patches on extant codes, achieving OS level. They also intervened within the DTS which we have considered information infrastructure here, playing around with their different versions, obliging them to include the SIP Protocol as a part of their routine monitoring, interpreting their reports and learning the classifications they operate with. Not infrequently they interpreted and tried to change the threshold proposed by the DTS.

By focusing on designing and developing, any new device can be conceptualized as the emerging outcome of hybrid practices, aimed to manage adverse contingencies and any sort of tensions. Infrastructures intersect any activities but are also extremely fragile. Infrastructures contain relations, especially through the data culture that they express, which is based on forms of classification containing forms of hegemony. This is another crucial issue: infrastructuring is a field of heterogeneous activity at the very center of technological cooperative circulation and at the crossroads of contemporary innovation processes.

On the basis of this theoretical and empirical reflection, issues related to infrastructures and their design and development now represent a consolidated pillar around which PaSTIS’s research work is organized.

Crabu, S. (2014), Give us a protocol and we will rise a lab. The shaping of the infra-structuring objects, in A. Mongili and G. Pellegrino (eds.), Information Infrastructure(s): Boundaries, Contexts, Ecologies, Cambridge Scholars Publishing, Newcastle, UK, pp. 120–165. 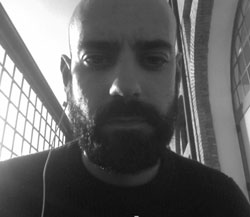 Stefano Crabu is Post-doc research fellow in Sociology at University of Padova and PaSTIS with particular interests in the study of processes of technoscientific innovation. His recent publications have centered on sociomaterial and epistemological aspects of biomedicine, laboratory practices, and infrastructuring work. 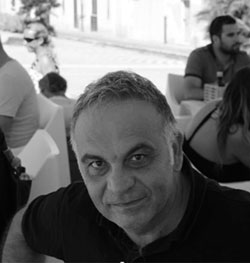