Conceived as “a response to a growing trend among STS scholars in engaging in scholarly practices that produce and express STS knowledge beyond the academic paper or book” (Amir, 2015), the Making and Doing Programme held its first session at the 4S Annual meeting in Denver in November 2015. The idea for this Programme developed from a discussion of scholarly making and doing STS  at the Ecosite/4S meeting in Buenos-Aires (2014). More than 50 presentations were displayed at the 4S meeting. The Programme took the form of an interactive exhibition. Each project was allocated a space of approximately 2×2 meters. The Programme was attention grabbing, notably through performances such as that of Woelfle-Erskine’s (UC Berkeley) “Tell a salmon your troubles” project. This report aims to give a flavour of the diversity and creativity of the exhibits. Despite the specificity of each, we gather them under different headings.

Special attention was given to art for its way of dealing with human sensibility and science. Named “Visual and Sensory Approaches” by the organisers, these exhibits encouraged reflection on the  place of the arts in science, the role of imagination in scientific comprehension and innovation, or simply how science can be a vehicle for artistic production of objects (or the opposite). Berenice Abbott’s work (see figures 2 and 3), presented by Hannah Rogers and Worthy Martin in the installation “Making Science visible”, is representative of this approach. As a photographer of the twentieth century (1898-1991), she produced pictures through scientific experiments, by using technologies of her time and designing a new kind of camera.  She mainly worked with mirrors and magnets to create black and white graphic photographs. For instance, her work influenced the way we currently represent waves or the diffraction phenomenon in a prism. She aestheticized science.

Similarly, work on medical imaging and its visual styles fascinatingly demonstrated the influence of art on scientific research. A striking example was a Norwegian mini-film of thirty minutes called “The Good, the True and the Beautiful” presented in the documentary “Film: Medical Imaging”.

The above are just two examples of projects focused on the importance of image and art. Other exhibits had different aims. For example, a digital installation titled “The Now(here) project” focused on re-presenting Borderline Personality Disorder and “Anarchy of Imagination” challenged ideas about shared space.

A special concern in all the initiatives was the question of “living together”: how can we make knowledge reachable and allow everyone to understand the complex issues of our world? Participants were encouraged to think about science outside textbooks and make it alive. How science can be fun, different, and closer to our everyday life? Innovation in making knowledge reachable relates to the method of communicating science. Some projects offer new forms of publication, of writing and communicating about scientific questions.

Limn magazine works in this direction, by focusing equally on the style and on the content. Limn is an annual magazine, shared in open-access on the Internet and also available in paperback. The articles are short, illustrated and the topics are diverse. Since its creation in 2011 Limn has addressed topics such as “Systematic Risks” (2011), “Food Infrastructures” (2014) or “Ebola’s Ecologies” (2015). Limn is somewhere between a scholarly journal and an art magazine. The goal is to focus on contemporary questions, in an accessible style of reading but contributions are reviewed and carefully edited by the editorial team, as well as shared amongst the contributors.

The digital era has raised questions about accessibility, but moreover about the quality of knowledge. With the vast amount of information around us we need to be able to sort, to shed light on what is working and what is not. Two workshops presented initiatives about notation on the Internet. The aim is to allow its users to mark each other, for example in community sites selling products or services, and also to grade the sites themselves. These projects are “Matters of Care in Crowdsourcing” by Lilly Irani (UC San Diego) and co-authors and “How’s my feedback ?“ by Malte Ziewitz (Cornell University) and colleagues.

The idea of acting to better evaluate is used by lots of websites, but some initiatives were impressive in their ambition: thus, “How’s my feedback” offers to grade some much used sites including “Amazon” or “Ebay”. However, its implementation was challenging, and raised questions at the intersection of STS, design and engagement. Excitingly, these projects aim to show that becoming an actor is a collective endeavour rather than an actor being a receptor of information available on the Internet.

A large number of initiatives have also been implemented to create innovative courses or tools that actively engage young people in moving to a more environmentally and socially sustainable future. Using a “public ethics” framework -where ethical issues are prioritised- the “Greening Chemistry” program at UC Berkeley is an opportunity to gather scientists, engineers, designers, business managers, social scientists and environmental health specialists at the graduate level, through a series of courses that interweave STS with practical problem-solving. In the same vein, “Crafting Digital Stories” initiative makes use of short videos to discuss concepts and ways of thinking around sustainability. Through digital storytelling, the Arizona State University and its Biodesign Institute disseminate STS theories and case studies among educators and students.

The Programme as a whole offered concrete tools that sometimes work in tandem with educational projects. These tools aim at democratizing access to information and knowledge. For instance the “Solar Digital Libraries” project (by Laura Hosman) focuses on populations with no electricity or Internet connectivity: a self-powered plug-and play kit (SolarSPELL) was designed to provide access to a digital library over an off-line WiFi spot, with areas struck by natural disasters in mind. “Civic Laboratory: Plastics” is an action-oriented initiative at Memorial University of Newfoundland (Max Liboiron), which aims to create low-cost, open-source methods for monitoring environment and marine plastics. There is a description of do-it-with-others devices on the CLEAR website, which are designed by the people who use them (most of whom are not accredited scientists or engineers) and incorporate politics and values of feminism. This initiative tackles the major problem of oceans and marine pollution in a region (Newfoundland & Labrador) where many scientific protocols don’t work because of the extreme environment.

Similar issues apply to the context of “The Shore line” (Elizabeth Miller, Concordia University). This project is a series of stories about individuals who are responding to the threats of massive developments, destructive storms, and rising sea levels in coastal communities around the world (Canada, the U.S., Panama, India, Bangladesh and New Zealand). This documentary is more designed as a collection of testimonies than a coordination platform but illustrates a commitment around which citizens are engaged on preservation issues. New forms of more meaningful civic engagement are emerging in these initiatives. The approach is for all actors to be involved, often to overcome the lack of information from the administration or government.

There are many ongoing “political” projects, which challenge the relevant authorities on scientific questions. In Canada, the “Write2Know Project” is a letter-writing campaign launched in response to the Canadian government’s “war on science”. Write2Know offers a platform for people to pose questions to federal scientists and ministers on matters of public and environmental health and safety. The record was quite significant: over 4900 letters were signed by people at the time of the federal election in October 2015 in Canada. The Chilean project “Scientific legislation” moves into the same direction: Martin Perez Comisso and colleagues have developed a learning experience to empower undergraduate students in several disciplines with law creation techniques. Conclusions have been delivered to senators and congressmen.  The creation of laws by citizens is a new practice for Chile, experimented with in the civilian-academic format. Last but not least, Citizen-Led Forensics (Ciencia Forense Ciudadana, CfC) is a remarkable humanitarian project directed by relatives of the disappeared in Mexico. It was created in August 2014 with the task of governing and managing an independent and citizen-led forensic DNA database.

A Large Variety of Creative Initiatives

To conclude, we were impressed by the enthusiasm with which diverse and creative initiatives have been embraced by collectives of all types. This summary has covered 15 projects only; we have made choices that are influenced by our interests in specific topics (arts and representation, pedagogy, etc.). Many projects have been completed, which make them easier to describe, but some are still going on. We were surprised that two thirds of the projects came from the North American continent. That has certainly to do with the cost of travelling to Denver. Is there also a link with specific learning methods, STS “styles” or traditions and the availability of funds in countries such as the U.S. or Canada? It is still too early to draw on conclusions.

This report has been jointly written by Julie Le Bot, a bachelor student at the CRI, Université Paris Descartes, where Marianne Noel teaches STS. While Marianne attended the 4S meeting in Denver, Julie was encouraged to review the Making and Doing Programme from Paris, during her short internship at LISIS. She will give a feedback to her classmates during the Spring term. In addition to “traditional” courses based on readings, this will be a way to illustrate how STS insights are applied and implemented in practical processes of production, diffusion and utilisation of science and technology. We hope it will also generate new initiatives! 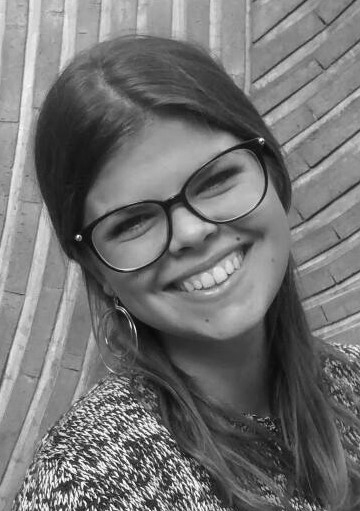 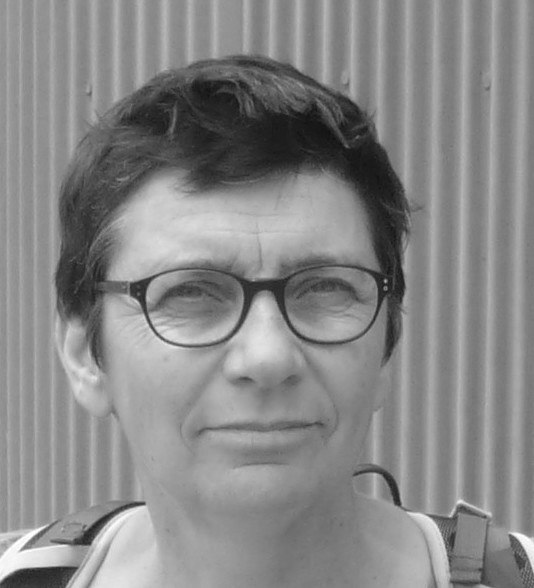 Marianne Noel, LISIS & IFRIS, Université Paris-Est, France Marianne is a senior research engineer at CNRS, and a member of LISIS & IFRIS at Université Paris-Est, France. She holds a PhD in physical chemistry, a master’s degree in history of science, technology, and society from the Centre Koyré (CNRS-EHESS) and has extensive industrial experience. Her research, anchored in STS and economic sociology, addresses the changing use of periodicals and their role in defining value in scholarly communication. Since 2014, she teaches STS in undergraduate courses at the CRI.

A collaborative turn in STS?