Knowledge/Culture/Ecologies International Conference (KCE2017), the fourth meeting of the Knowledge/Culture series developed by the Institute for Culture and Society (ICS) at Western Sydney University, was held in Santiago de Chile the 15-18 November 2017 and was organised in partnership with Pontificia Universidad Católica de Chile, the Millennium Research Nucleus on Energy and Society (NUMIES) and the Centre for Conflict and Social Cohesion Studies (COES).

In this brief report we want to summarise the main discussions and conversations provoked in and by the conference, and to transmit –if at all possible—the feeling of community, relevance and excitement invoked by the event, rare in times when academia is beleaguered by the logic of competition and productivism.

A total of 320 papers were presented by a range of humanities scholars, scientists, not-for-profit actors, activists, maker communities, and art practitioners from over 179 institutions and 32 countries. The conference was structured around 6 key themes (socio-territorial conflicts and social cohesion, hybrid ecologies of the Anthropocene, energy ecologies and infrastructures, urban ecologies and everyday life, decolonial political ecology and post-capitalism, ecological imaginaries, experimentation and design ontologies) and included workshops, performances, a postgraduate students workshop, a mixed media exhibition space, and film screenings.

In a unique experiment of interdisciplinarity, KCE brought together participants from STS, political ecology, anthropology, geography, and the environmental humanities, to think aloud together how the “ecological” has undergone a major renewal in many academic disciplines and socio-technical experiments and forms of governance. Keynote speakers were carefully curated to precisely celebrate and engage with a polychromatic definition of ecology.1 A central goal of the conference was to examine ongoing socio-ecological transformations and explore the possibilities of generating knowledge practices that help us understand their developments and complex effects. 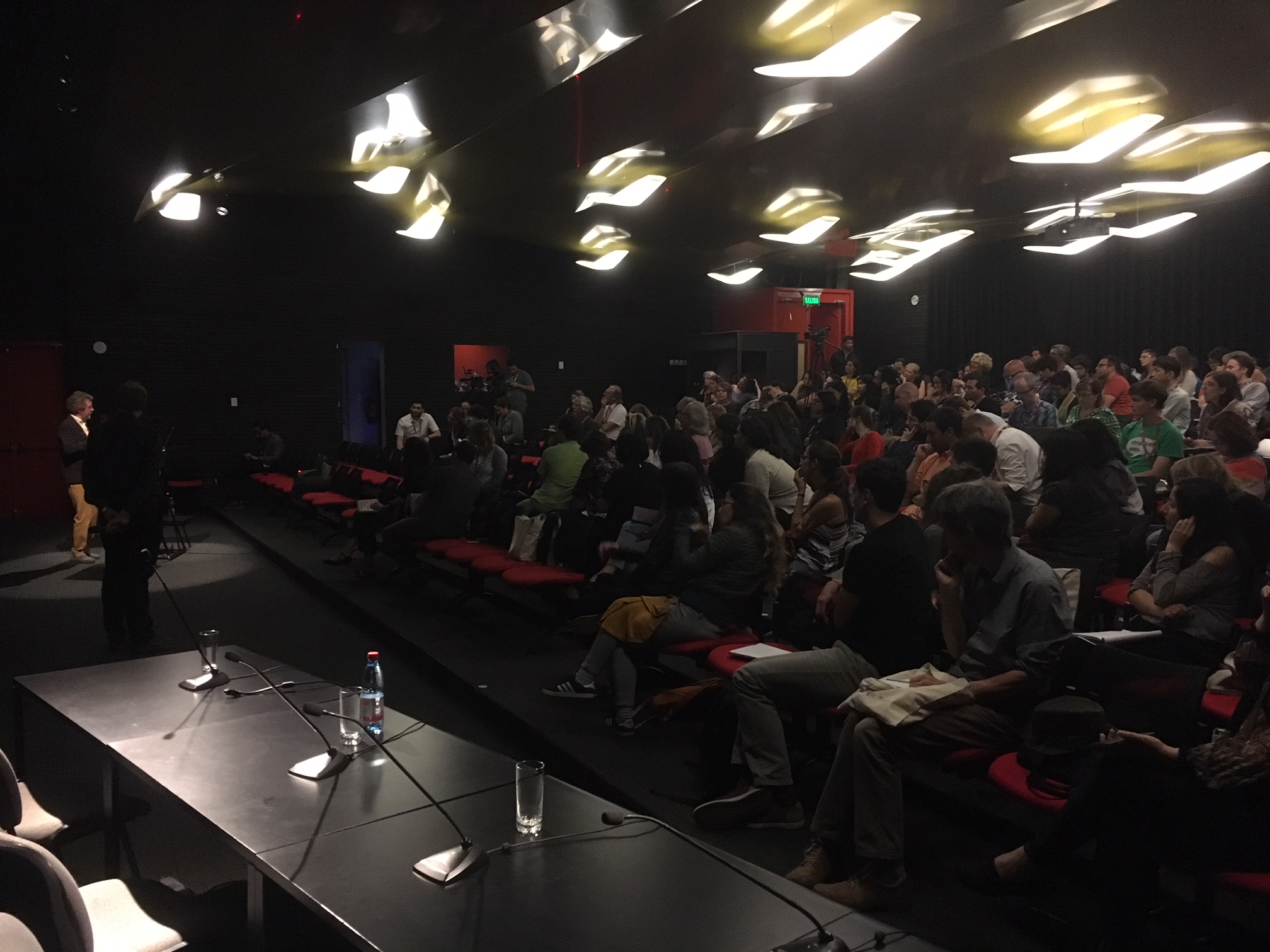 The discussion revolved around a series of deeply emergent issues along the lines of  what Arturo Escobar termed a “pluriverse of socio-natural configurations”. These discussions entailed the recognition of our ontological amalgamation with geo-atmospheric conditions, chemical forces, geological vitalities and other inorganic powers to the point where our sense of coexistence has extended beyond how “life” has been traditionally defined –but also the political, and often contested ways in which these amalgamations are known and produced.

One argument, presented albeit in different ways by a diversity of participants, was the notion of “relationality”. Contesting conventional equalisations of relationality to “agreement”, several participants showcased how expanding more-than-human entanglements do not always play with the orchestrated melody of their composers. Here the Anthropocene emerged as a key site of enquiry. On the one hand, many presentations indicated the importance of challenging the (in)visibility and (in)cognoscibility of the Anthropocene beyond geological strata and planetary limits, visibilising the ways exploitation, subordination and inequalities are inscribed in geoformations. On the other hand, KCE was also an opportunity to stress the need of going beyond the “social” for engaging with the Earth, as an attempt at recognising our vulnerability and dependence on the inhuman. Finally, and highly relevant, the conference made clear that these discussions are taking place from different theoretical, intellectual and activist domains, and not only in academic circles.

Open debate saw interesting conversations and dialogue to resist those who argue that considering new ethical modes of care necessarily contribute to a “gigantic operation in the de-politicisation of subjects”, where ecology becomes a new opium for the masses (Badiou, 2008). Strong arguments were also posed by several colleagues who reminded us of the important and urgent need to confront, and take distance from, some overly flattening topologies of relationality when necessary. This is most important when considering how new conflicts over the ownership, use and value of nature and the more-than-human show how these issues are intertwined in complex imbalances of power/knowledge and corruption linked to extractive economies, inequalities and environmental suffering. While these conflicts arise in response to the emergence of predatory formations, they also allow the creation of new platforms of social and socio-environmental cohesion, new ethics of care and responsibility, new forms of environmental justice and of conceiving the rights of nature that, in turn, instigate a new politics based on new ways of coexistence.

A range of perspectives were also clear in highlighting the intricate and pervasive ways through which forms of colonialism are still perpetuated in social, economic and ecological interactions, as a structural process that forms our relationship with ourselves, with other humans and with earthly powers and beings. Notions such as popular ecologies, community economies and ecologies, post-colonial ecologies, environmentalism of the poor, and solidarity economies were mobilised to reclaim the plurality of ways in which people involved in emancipatory politics around the world are contributing to the decolonisation of environmental knowledge. In Latin America, new and thought-provoking epistemologies and cosmopolitics have emerged in the last decades, including the Buen Vivir and the Sumak Kasway, and, in a more academic circle, the notion of ‘Amerindian perspectivism’ (Viveiros de Castro 1998). These perspectives propose new ways of conceiving projects, worlds and lifeways. Indeed, as Eduardo Gudynas discussed, in the last two decades Latin America has offered a wide and diverse range of interactions between knowledge and ecologies, showing both substantial innovations and unexpected setbacks, hope for change and disappointments about the results. The political capacities of this debate are crucial insofar as they bring together emerging notions and social movements from the North, such as degrowth, commonalities, ecofeminism, and a variety of transitional initiatives, together with debates more specific to the South, such as current struggles over the Buen Vivir, the rights of nature, ancestral reclamation, and civilizational transitions.

Another central discussion across KCE was the possibility of empowering new modes of exploration for more sustainable futures. Despite the tabloid media representations of the ecological crisis as catastrophe, the potential of creative methods and artistic and digital practices seems to be, now more than ever, relevant for thinking and creating new socio-ecologies and ways of engaging with and designing for sustainability. In this regard, we were pleased to see a large number of presentations on cinema, literature, digital games and music, together with the very interesting audio-visual programme curated specially for the conference.2 More amply, KCE was rich in discussions and propositions for opening design speculation, experimentality and prototyping as probes into more just and democratic environments. 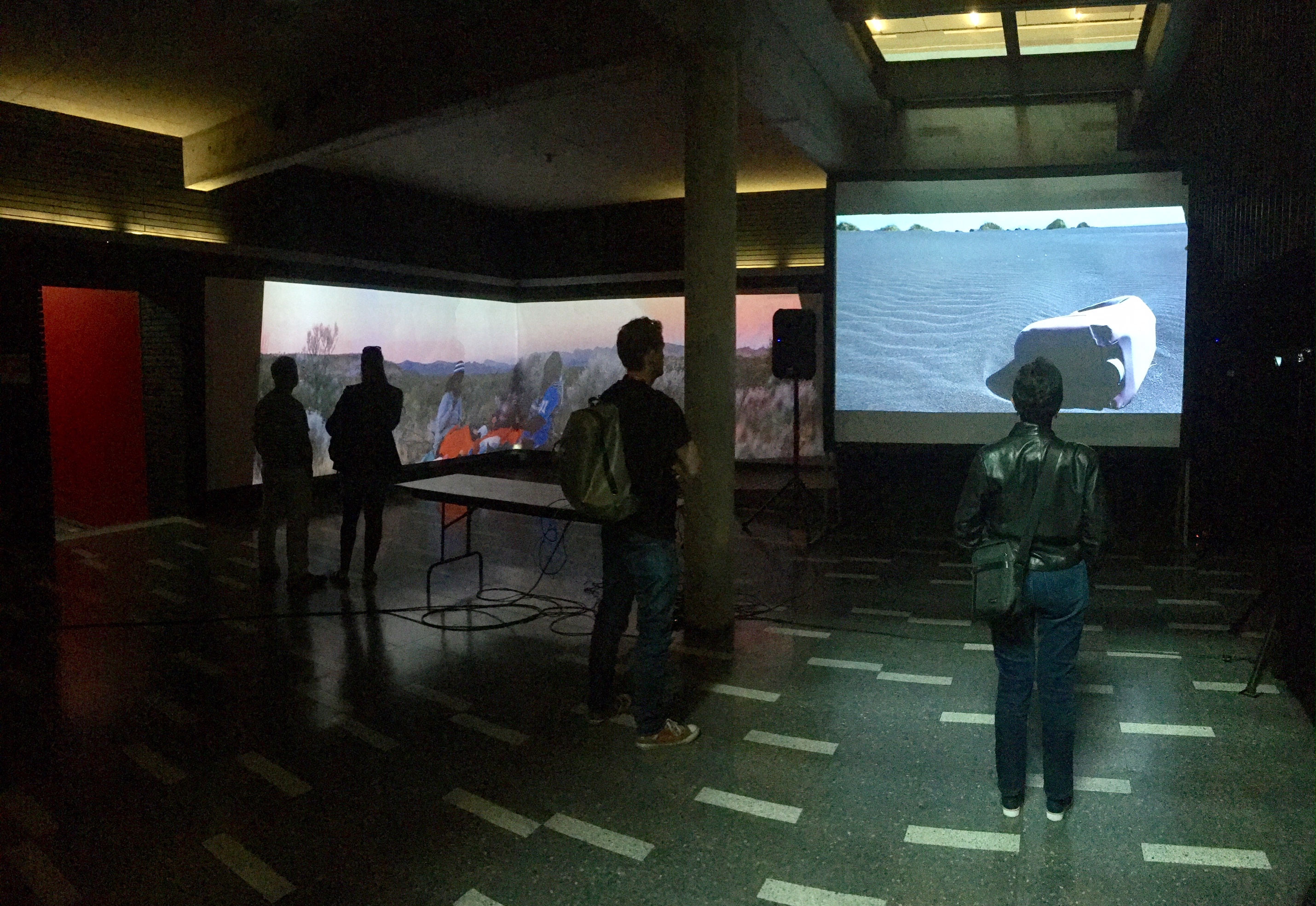 This brief summary does not make justice to the multiplicity of conversations propelled in and by the conference. But as a concluding remark, it is important—actually fundamental—to bear witness of the particular type of “academic event” that KCE rehearsed. Agreements were not always reached, and differences –political, theoretical, methodological—abounded. Different sensibilities, different matters of care and concern, different way of defining relevance and urgency. But a sense of community enveloped the conference. Community not as the formation of a coherent and closed amalgamation of peers, but as the empowerment of a collective space for intellectual exchange. Nothing more, and nothing less. Maybe it was its size (300 participants) that allowed for an intimacy-without-being-suffocating, or it was perhaps the urgency of the stakes at play, or the novelty of conversations between traditions–between posthumanism and political ecology, feminism and STS, postcoloniality and design studies—that actually rarely encounter, but KCE left on participants and organisers a sense of having witnessed an unusual experiment in knowledge production. And more importantly, as we retrieved from many conversations, a sense of joy: the sheer pleasure of crafting a time and a place, outside the predatory logics of competition that the university is succumbing to, for debating interests, feelings and matters in an open, caring and challenging way. Perhaps the best news of KCE is that it produced a particular affective economy, one marked by excitement and cordiality, that is not usual to find in our academic arenas. And this was perhaps the most important political interruption congealed by KCE. Paraphrasing Marisol de la Cadena, KCE was a conference, but not only. 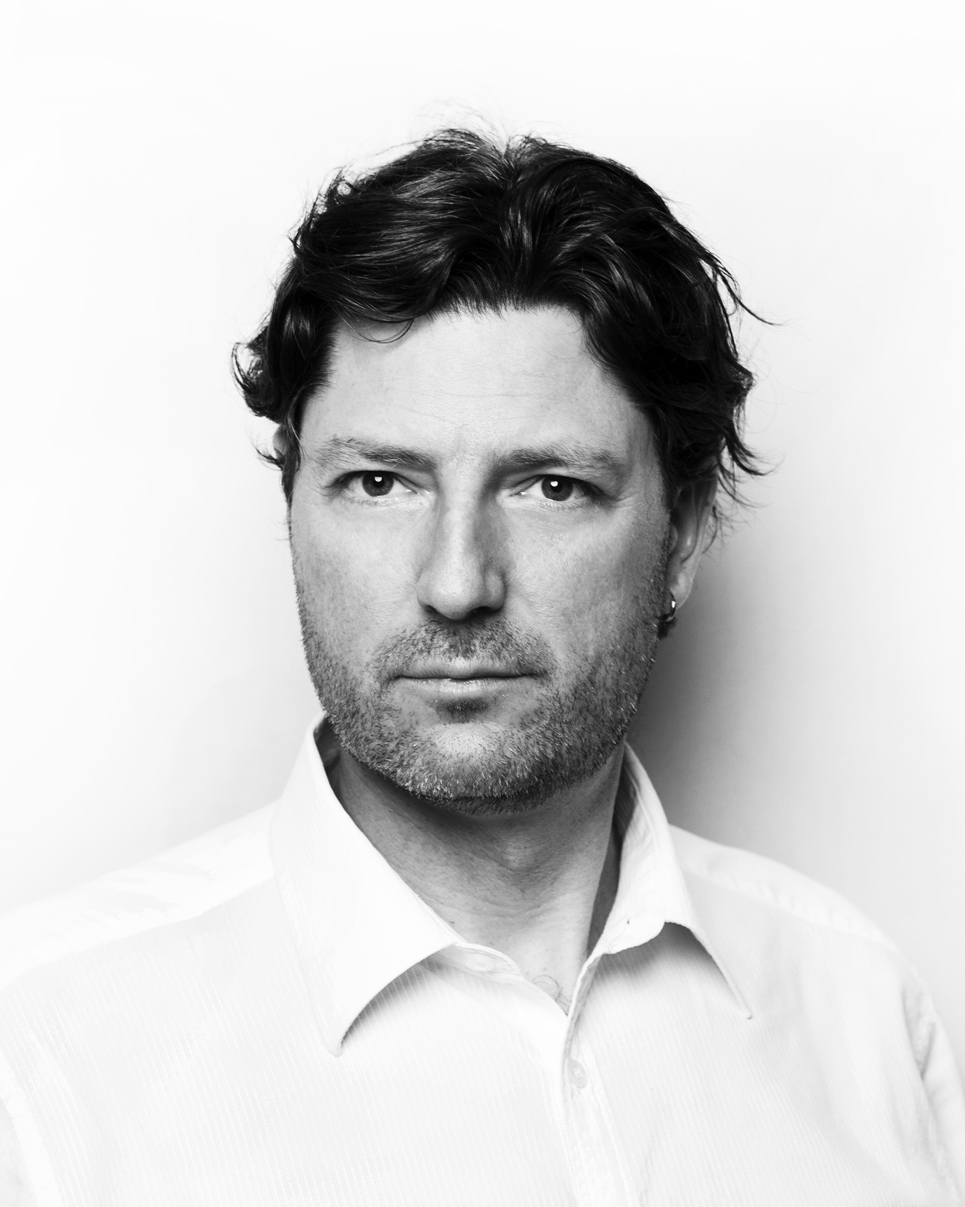 Juan Francisco Salazar is Associate Professor and Research Director of the Institute for Culture and Society at Western Sydney University, Australia. He is a cultural anthropologist and film-maker with current research and teaching interests in the fields of environmental humanities; anthropologies of science and technology; speculative documentary film; sustainable futures; Antarctica and Outer Space. His latest book is the co-edited volume Anthropologies and Futures (Bloomsbury, 2017) and his latest film is Nightfall on Gaia (Australia/Chile, 92 min, 2015). 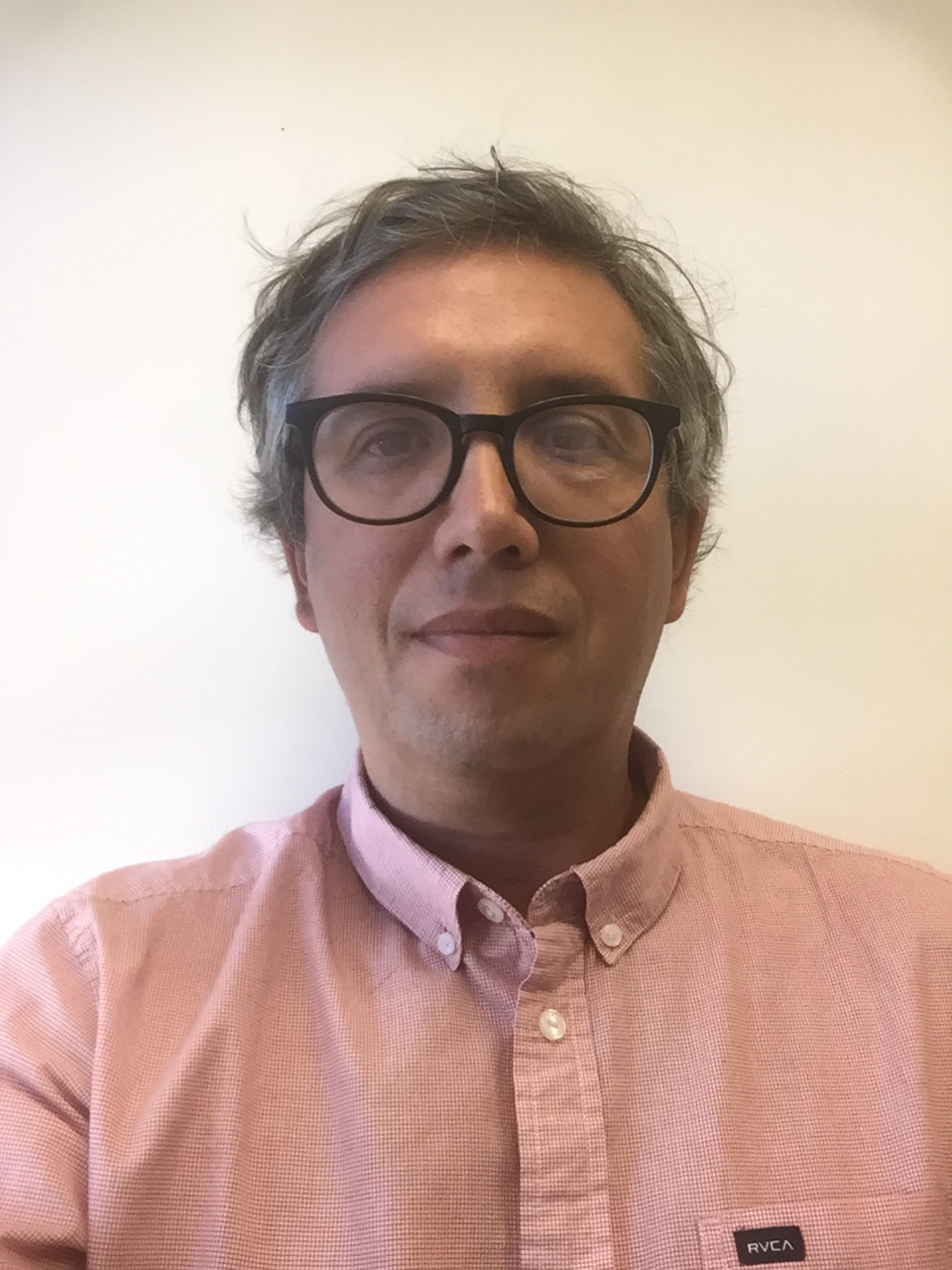 Manuel Tironi is Associate Professor and co-convener of the Critical Studies on the Anthropocene group (www.antropoceno.co) at the Instituto de Sociología at P. Universidad Católica de Chile. He is principal investigator of the Center for Integrated Research on Disaster Risk Reduction (CIGIDEN) and the Millennium Research Nucleus on Energy and Society (NUMIES). His work leverages the environmental humanities, cultural anthropology, and science studies to engage with issues of toxicity, environmental justice, politics of care, disaster cultures, and geological modes of knowing. metironi@uc.cl