What if the most radical invention we can suggest is for a job with stable employment? This was one of the questions and ideas to emerge out of the pre-conference workshop for doctoral students and early career scholars to “Invent your job.” This question exemplifies some of the challenges and tensions that wove throughout the workshop as we contended with the workshop’s goals to “think out of the box” and create and invent ways of doing STS-engaged practice beyond academia.  Recognising our own desires to pursue STS as part of our future lives and careers, this question opened for consideration the necessary realities of sustaining ourselves now and in the future, in the context of contending values of competition and cooperation/collaboration.

I applied to join this workshop with some trepidation. I was excited about the idea of meeting new scholars and about finding ways of doing anthropology and STS that are not bound by the structures of academia and academic career paths, which are also increasingly unavailable (see Figure 1). Yet, I also worried that the work of “inventing your job” repeated the kind of neoliberal admonishment that we should all become entrepreneurs of our selves (Foucault, 2008). The implication being, if we are only passionate, innovative, and entrepreneurial enough (which is never enough), we will succeed in life and opportunities will abound. The flip-side, of course, is that if we don’t succeed, then we just need to work harder, invent better, to create our jobs and place within the system. In many ways, these are common liberal and neoliberal refrains.

My concerns dissipated as I met the organizer on the bus on the way to the University, and during the organized walk from the University to town. Everyone I met was friendly, engaging, and doing fascinating STS work on topics ranging from wine-making to co-living spaces. But the tensions in the workshop’s framing re-emerged after we sat down to lunch and to work more intently on a subset of job ideas from what we had developed during our walk. First, there had been planned presentations by two speakers, who would discuss their own experiences and creative job inventions. However, one couldn’t attend because of illness, demonstrating the contingency of our bodies and lives that works as a counterpoint to any notion of triumphant invention. The other presenter preferred to speak in small groups during the walk rather than present themselves as an authority on unconventional job creation, embodying an STS commitment to situated engagement and collaboration.

We were also told that there had been much competition for participation in the workshop – that there were many students and early career scholars who wanted to attend but were not selected in order to keep the workshop size small. Similarly, one sub-group of workshop participants was meant to be voted for and chosen as “future-makers,” with their job descriptions published in the EASST review. There was little we could do about the first situation, which we had all consented to in applying to the workshop. However, participants also pointed out that publishing a single description inherently created a competition, with the elected future-makers in essence “winning” the job creation exercise and the opportunity for publication as the reward. The prize of a publication also further feeds into the glorification of citation counts and other metrics that work to reify and quantify our lives and selves. Here, however, some participants found an opportunity to intervene. After some discussion among workshop participants, it was decided that we would rotate between groups; as many of us wanted to discuss multiple projects, it would work against promoting a single project or idea, and there would be more opportunity for discussion among different people. Ultimately, everyone would have the chance to contribute to a final collaborative publication.

As I rotated between the tables, and even as we were working to invent creative new ways of doing and living STS – through circuses, through visual practice, as translation, towards new ways of meeting, and as trouble-makers – a question that kept arising, was how do we make this practical? How do we make sure people actually will hire us? How do we fund this endeavor, and in a sustainable way? How do we make others see that this is useful and important? As we were trying to invent new careers – and futures – we were necessarily contending with the realities of sustenance and subsistence. In many of the careers and projects we developed, what was needed to enable and promote these exciting STS endeavours was indeed stable employment to support a kind of academic freedom where STS practitioners could translate, mediate, and stay with the trouble (Haraway 2016). At the same time, participants showed and embodied the small and meaningful ways in which we can live an STS life, by resisting forms of competition and glorification and instead promoting situated collaboration and active engagement with one another. 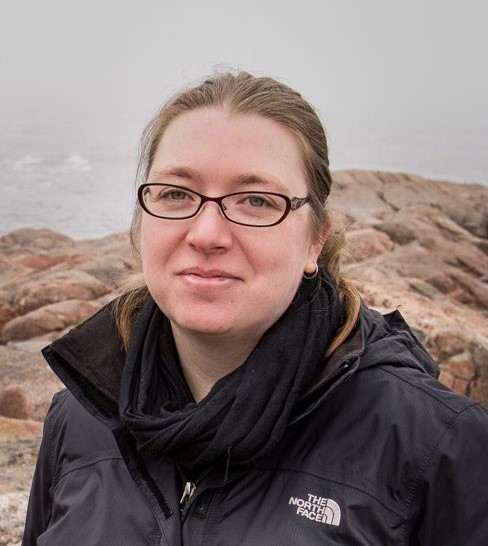 Samantha Breslin is an anthropologist with a background in computer science, currently working as a postdoctoral fellow in the Faculty of Business Administration at Memorial University of Newfoundland. Her research centres on the reproduction of norms and inequalities relating to gender, expertise, and neoliberalism in technology education and practice.