It is quite certain that science cannot progress properly
except by the fullest internationalism.

Hill’s quote is extracted from an article published in Nature at a time when purges and political violence had begun striking German universities under the newly Nazi regime. The quote not only illustrates the deep concern of the Nobel laureate over the rise of fanatic nationalism across Western Europe at the time; it also works as a restatement of the long-held vision of science: its inherent transnational character and solidarity. While according to almost all accounts, science has always had an international dimension, the need to defend or promote its internationalism has not been exclusive of politically convulse times.

With the advent of globalisation (i.e. the higher, faster and more intense connectedness of countries since the second half of the 20th century), as science started to be perceived as an asset to compete in the global economy, internationalisation begun to be regarded as the means to increase economic growth and promote well-being and human development. Science, in other words, was to become more internationalised.

The dominant discourse of internationalisation in STS

The vast majority of the relevant literature on internationalisation comes from Higher Education Studies (HES), where the concept originated in the 1990s. Since then, definitions of internationalisation in HES have undergone various phases (de Haan 2014) to eventually settle as a top-down process of “infusing or embedding the international and intercultural dimension into policies and programs to ensure that the international dimension remains central, not marginal, and is sustainable” (Knight 2003, 3). Though in recent years, some have stressed the need to incorporate views coming from developing countries (Jones and de Wit 2012; de Wit 2013), in general, the dominant discourse of internationalisation in HES has not fully moved away from a western, neo-colonial concept. That is, internationalisation continues to be perceived as a positive process bringing mainly positive transformations in education, and is therefore regarded as a desired outcome.

Unlike HES, in STS thus far there has not been a collective discussion about the meaning of internationalisation (Woldegiyorgis, Proctor, and de Wit 2018). Internationalisation is still a phenomenon largely understood through the lens of the Global North; namely as a process free from conflict that leads to better science. This is observed in evaluation and scientometric studies describing how research impact and visibility are greatly related to practices of international mobility and collaboration (see Sugimoto et al. 2017; Robinson-Garcia et al. 2019; Halevi, Moed, and Bar-Ilan 2016; Edler 2007; Edler, Fier, and Grimpe 2011; Zhou and Leydesdorff 2006). In social studies of science, the influence of the dominant view of internationalisation can be appreciated in studies of the so-called ‘Big Sciences’, namely high-energy physics (Price 1963; Galison 1997; Knorr-Cetina 1999; Shrum, Genuth, and Chompalov 2007). Along with an increase in numbers (e.g. researchers, publications, investments, institutions, disciplines and instruments), Big Science has evolved to entail a process of greater internationalisation involving a geographical expansion and growing multinational cooperation that adds another layer of analysis to understand how science gets ‘big’ (Vermeulen 2009).

The life sciences are an interesting case of the intervention of the internationalisation discourse in STS. Compared to big physics, the life sciences were not regarded initially as Big Science, but rather as a bodily and lab-bench science governed by an individual ontology (Knorr-Cetina 1999). It has been more recently that research on life has begun to be considered as another form of Big Science. That is, a research field that has become increasingly large, collaborative, international and networked (Vermeulen 2009; Vermeulen, Parker, and Penders 2013).

Within this body of research, social studies on model organism research – Drosophila and as C. Elegans are well-known examples – are perhaps the clearest cases of the impact of the dominant vision of internationalisation in STS. In general, practices of collaboration and resource exchange (e.g. techniques, specimens and data) are said to be common to all model organism communities, which have themselves become models for good behaviour in science (Kohler 1994; Rosenthal and Ashburner 2002; Ankeny and Leonelli 2011; Nelson 2013). As such, the pillars of these research communities are formed by practices commonly associated with the positive effects of internationalisation, including: more international and increasingly accessible community infrastructures, transnational collaborative networks and a social commitment to openness expressed in actively contributing to develop such community resources. This scientific “repertoire” is crucial to the point that it explains how relatively stable communities of researchers in the life sciences are created, managed and persist in the long term (see Leonelli and Ankeny 2015).

While these studies describe – albeit indirectly – the transformative impact of internationalisation dynamics in the life sciences, they tend to decontextualize the very same international research communities they analyse and ignore the power dynamics present in them. In particular, they leave unexamined notions of asymmetry and dependency in practices of resource exchange as well as the structural configurations that determine the norms and expectations operating in these communities. What remains then is a propensity to view such communities as uniform and harmonious international ecosystems governed by a strong and inherent collaborative ethos.

Overall, the lack of discussions on the power dynamics present in these international communities shows the extent in which in the social study of the life sciences, scholars have continued to take for granted the notion of internationalisation.

The Latin American take on internationalisation

While critical perspectives on related concepts such as universalism, transnational, multinational and globalisation exist in the STS literature (Leclerc and Gagné 1994; Hakala 1998; Somsen 2008), it is in Latin American STS where researchers can find a long and rich record of research on internationalisation with a strong critical component. Nearly thirty years before the concept was developed in HES, the first STS thinkers in this region stood up to denounce inequalities present in the international scientific system (see Sábato and Botana 1968; Varsavsky 1969; Herrera 1972). This mixed group of pioneers linked the underdevelopment of Latin American countries to dynamics of dependency and asymmetry in international science and technology, which they saw reflected in the programmes sponsored by international organisations such as the OAS and UNESCO throughout the 1950s and 1960s.

From the 1980s onwards, Latin American STS began a process of consolidation in which sociological and anthropological research based on case studies gained predominance over the normative analyses of the previous decades (Martínez Vidal and Marí 2002; Thomas 2010). The Latin American STS literature came to fill a gap in the social study of internationalisation and develop a critical perspective that was missing in internationalisation studies. Though sometimes breaking with the classical diffusionist model while in others embracing it fully, this new critical perspective continued to focus on the development question of the previous decades. Particularly, case studies aimed to show how internationalisation both enables and hinders scientific research in the periphery (Cueto 1989; Vessuri 1994; Vessuri, Guédon, and Cetto 2013; Velho 1996; Kreimer 2006; Kreimer and Zabala 2007).

In sum, scholarly discussions around scientific internationalisation in this region have been linked historically to wider questions about dependency, asymmetries and development in (and beyond) science, which continue until present days. Visions of internationalisation in Latin America often portray a mixture of positive and negative connotations, which indicate a more complex conceptualisation of this phenomenon that is often observed elsewhere (Kreimer 2013).

Jones, Elspeth, and Hans de Wit. 2012. ‘Globalization of Internationalization: Thematic and Regional Reflections on a Traditional Concept’. AUDEM: The International Journal of Higher Education and Democracy 3: 35–54.

Rosenthal, Nadia, and Michael Ashburner. 2002. ‘Taking Stock of Our Models: The Function and Future of Stock Centres’. Nature Reviews Genetics 3 (9): 711-. 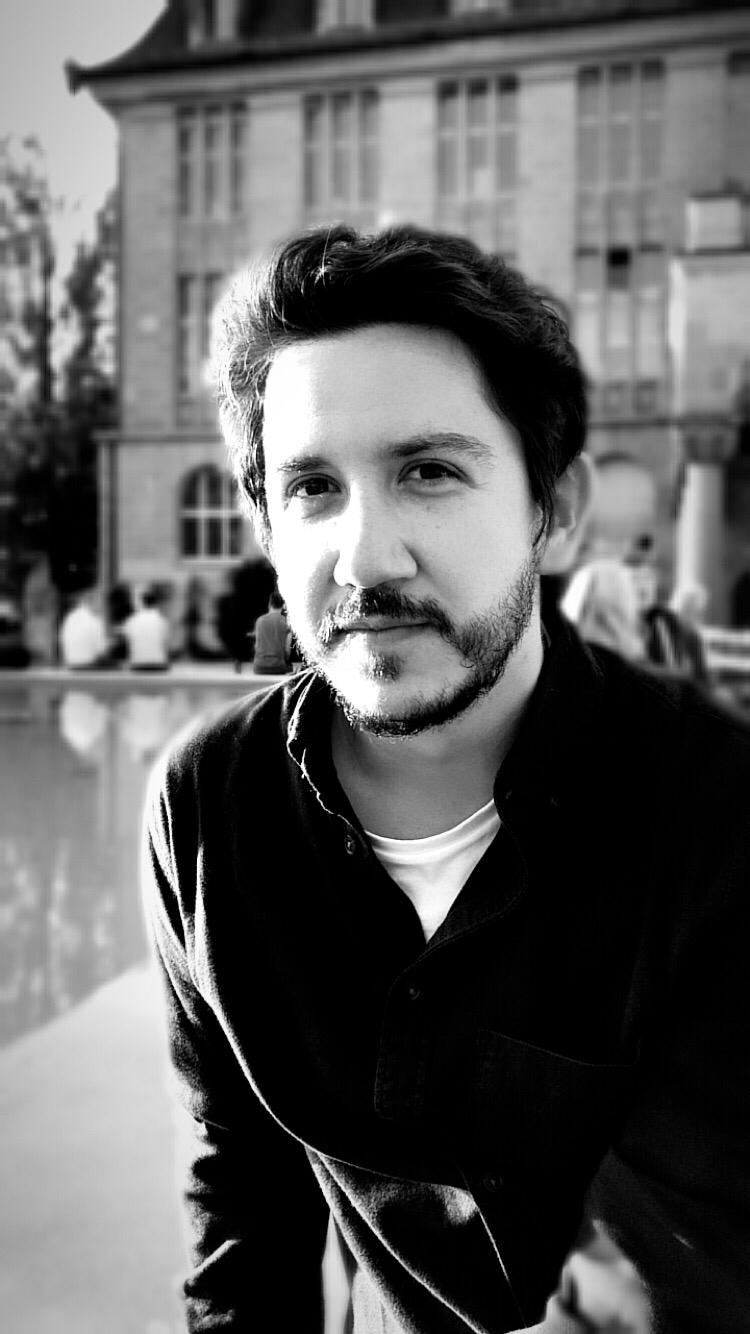 Rodrigo Liscovsky Barrera is a social researcher and a data scientist. He has a PhD in Science, Technology and Innovation Studies from the University of Edinburgh. My thesis dealt with internationalisation dynamics in South American Life Sciences where I focused on the case of zebrafish science. He is interested in topics related to scientific collaboration and mobility, Latin America, social networks, science policy, mixed-methods research, and of course the notion of internationalisation. He is currently working in data science for humanitarian assistance and cooperative development.