The editorial in the last edition of the EASST Review took us from fireworks to fire objects to archives (Farías 2014, p.3). Creating an “overtly incomplete archive” was suggested as a way to review the multiple practices of the EASST conference in Poland. The making of an archive highlights another characteristic of fire objects alongside their complexity – their generative quality.

“… Fires are energetic and transformative, and depend on difference—for instance between (absent) fuel or cinders and (present) flame. Fire objects, then, depend upon otherness, and that otherness is generative.”

On this view, an archive of multiple accounts is one pattern of absence and presence created from otherness, from difference. My original proposal had been to write about futures – I presented in the “Synthesising Futures” track. However, reading back over my notes months later the productive quality of objects seemed like a more interesting motif to organise my partial account.

The production of patterns brings to mind the notion of another metaphor: diffraction. Waveform diffraction patterns depend, much like fire objects, on difference and are formed of creative and destructive interference (Barad 2007, p.78). Bringing the concept of fire objects to bear on my notes is a way of making a new pattern, new spots of bright and dark, new instances of understanding and further questions to be asked.

By way of background, Torun was my second STS conference. I attended my first in Denmark, at Copenhagen Business School, in the first month of my PhD. That was a thrilling experience. To me, with a background in laboratory bioscience and science education, it was a whole new way of looking at the world. Torun was different. Partly because I was presenting a paper and partly because the conference itself was smaller, somehow more intimate, the event moved on my thinking in important ways, which I’ll return to towards the end.

I attended six sessions from four tracks and two plenary sessions. The tracks were:

• Non-concerns about science and technology and within STS

• Synthesising futures: analysing the socio-technical production of knowledge and communities

My thoughts draw on many of the excellent papers in these tracks, but also on the bits in between – the breaks, long lunches and discussions. And, while a conference can be understood to produce many things including prizes, hot meals, book launches, advertisements, coffee, economic transactions, conversations and so on, I focussed my selection on how otherness is productive of questions and for developing early career academics.

Difference was notably productive in Harro van Lente’s meta-analysis of narratives often used in theories of innovation. His paper argued that it was possible to classify eight theories of innovation into Hayden White’s narrative genres. As romance, tragedy, comedy or satire. For instance, the ideal simplicity of the linear model of innovation is a romance characterised by ‘progress’ and a ‘struggle to happiness’. The ‘Social Construction of Technology’ is a comedy. Tales of misunderstanding and complication, but like romance, comedy ends happily. The presentation moved on to argue that because the authors could only find evidence for satire in literature, Huxley’s Brave New World being one example, there may be an absence of satire in STS scholarship. Thus, bringing together different things created a possible new direction for STS and IS research. Is there a new satirical future in the making? In the discussion following the paper, Robin Williams commented that, perhaps, different groups find it hard to write together because they have different ideas about what makes a good story. This raises other questions to ponder: What are the implications of choosing any single genre? What is included and what is not?

General discussions about what role STS scholarship should, or could, play in innovation featured in both the “conceptualising responsible research and innovation” (RRI) and “crossbreeding STS and innovation studies” sessions. One presentation proposed that STS could operate in the service of innovating new products. This opened up a familiar conversation – see Nina Amelung’s review about early career researchers in the last issue (Amelung 2014) – with some delegates putting forward the idea that other scholars might be uncomfortable with an instrumental conception of their research. This follows the idea that the role for STS is one of explanation (e.g. Bauchspies et al. 2006).

An alternative to this viewpoint is for researchers to be more involved in the processes of innovation. One form this could take, specific to RRI, is to think of researchers and innovators as caring for their work and that STS scholarship might mean:

“… both asking and helping to answer questions about the specificities of what kinds of care their knowledge and technologies invoke, where it will be practiced, and by whom, who it will reach and who it might miss or avoid? This kind of caring also requires STS scholars and scientists to attend to the consequences of care, when particular kinds of care are absent or backfire, when they interfere or disrupt other kinds of care, when they are presented as care but experienced as rejection or punishment.”

The notion of care presented here suggests prudence, awareness of emotions and a focus on process. This means on-going responsibility for the things STS generates, as well studying the practices of responsibility by scientists and innovators, and a willingness to be involved (Bijker 2003). However, the theorising about these roles tends to be abstract and general. For some researchers their involvement in a project can shift from explanation to engagement and back again – the roles emerge alongside the research and relationships. Mattering is a process. The different positions researchers can take raises a further question: would it be useful to focus on conceptual tools that deal with the changing roles of STS throughout cases and projects, as well as arguments spanning a whole field or area of inquiry?

In a discussion following one presentation on RRI, a senior academic said the challenge of RRI was about relocating
responsibility from where it had classically resided, in individuals and in groups, to the process of innovation. Yet, the senior academic said, it was not clear whether the presenter had shifted back to individual entities because the presenter did not like the challenge, or because it was an error. The presenter stalled. It was one of the trickiest questions I heard at the conference, yet I did not note the answer. I mention it because I too had a similar moment. My paper’s focus was on synthetic biology and part of my argument involved conceptualising synthetic biology as having the characteristics of an epistemic object (e.g. Knorr Cetina 2005). In the discussion, I was questioned as to whether synthetic biology could be an epistemic object because I had also demonstrated it to be political. I realised my mistake. In earlier drafts I had referred to a partial object but at some point had switched back to the more restricted word ‘epistemic’. However, as I considered the question and my oversight on the plane home, I came to understand that I needed to develop my own framework. The months since the conference have been stimulating for me on this issue – it will be a chapter in my thesis.

The conference was not only about tidying up reasoning and learning from mistakes. Conversations with other students also brought to my attention that many were approached by more senior academics who were interested in their concepts or empirical data, and who suggested staying in touch or embarking on some kind of collaboration. The coming together of experienced scholars and new scholars, the differences in their academic ideas and social connections, creates possibilities for research relationships in the future.

Lastly, my most memorable paper was Detecting Security Politics in the “non-concerns” track. It was a ‘comedic’ tale, filled with rich detail and humorous insights, of developing a new international border technology which had to meet many different ideas of success. The main point was that the multiple actors in the project broke up a large risk, that of detecting biological, chemical, radiation, nuclear and explosive materials at border crossings, and ‘disaggregated’ it to many smaller technical problems. But, for me, it was the not findings that resonated: it was a style of delivery and a presentation of a necessarily absent project to which one could aspire. Less experienced scholars were moved on, then, by practices that developed the specifics in the formulation of their arguments, their academic contacts and their inspiration.

In this account I used the generative quality of fire objects to create a pattern of interference and a way of thinking about how different practices of the conference are productive. From this view, of objects as a generative pattern of absence and presence, the conference produces theory, directions for research, interdisciplinary interactions and changes the practices of students and early career researchers. 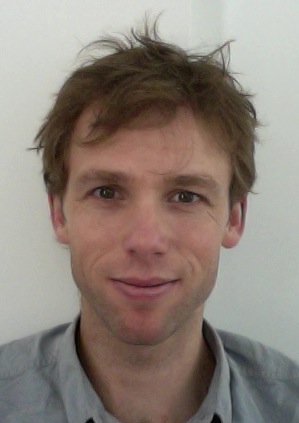 Robert Meckin is a postgraduate student at the University of Sheffield, UK. His PhD explores the enactment of innovation, particularly how the notion of ‘translation’ is deployed and practised, in synthetic biology.