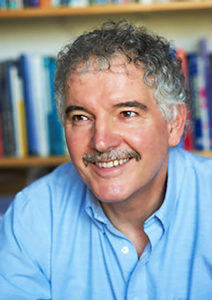 In a letter dated 1st of February 1992, R.K. Merton wrote a lengthy note amounting to two typed pages addressed to the young author of the new monograph Science, Technology and Society.  Merton, long recognised as a founding figure in the sociology of science, complements the author on his “repeated effort to inform the reader about the currents, and cross currents, in the sociological study of science and technology without introducing noisy, controversious rhetoric.”  Then, towards the end of his exegesis, he apologises for going on at such length having made a “fairly recent acquisition of a computer” which “tempts one into greater detail than originally intended.” Merton valued what we all remember as Andrew’s unique style, harmoniously bringing ideas and people together, contributing to the development of STS in the UK, Europe and beyond.

Andrew Joseph Webster was born on the 8th of August 1951 growing up in a quiet suburb of Manchester. He had a strong sense of identification with Manchester becoming an ardent lifelong Man City fan and seeing the club through its many changing fortunes over the years. He was raised and educated a Roman Catholic attending first St John’s RC school and then later Xaverian College from 1962 to 1969. He excelled at music becoming an accomplished pianist and chorister, passions that would continue throughout his life.

He left school believing himself to have a religious vocation and was sent by the Xaverian religious order to Boston MA to undertake his noviciate. His time in Boston was defined by the turbulence of the early 1970s, the civil rights and anti-war movements in which he played an active part. In a curious twist of events, Andrew narrowly avoided conscription having been issued with US military draft papers in error, until he was able to convince the authorities of his British citizenship. Returning to the UK in 1971, he lived at Xaverian House in Strawberry Hill, London, but deeply missed the more open and progressive scene in Boston. Feeling increasingly constrained, he put religious life and indeed Catholicism itself behind him. Nevertheless, this said something important about the motives of a young person guided by the need for vocation, a calling and sense of purpose. These are all qualities that Andrew’s friends and colleagues would come to recognise in him throughout the years to come.

He had enrolled in a degree programme in social science at the South Bank Polytechnic as it was then, later leading to a PhD in the Department of Sociology at the University of York, moving there with his wife Helen in 1974. At York, Andrew was supervised by Mike Mulkay, another major contributor to the emerging sociology of scientific knowledge (SSK), working alongside a cohort of other young PhD students who would go on to play leading roles in STS internationally.

His first academic post was as a lecturer in Sociology at the Cambridge College of Arts and Technology (CCAT) now Anglia Ruskin University, where he worked for the next twenty-one years. Even with an enormous teaching load Andrew was able to develop a formidable research and publishing profile. He brought out Introduction to the Sociology of Development in 1984, the 1991 Science, Technology and Society, followed by one of the most widely used sociological textbooks to emerge in the 1990s (published with colleagues at Anglia).

In 1988, Andrew established the Science and Technology Studies Unit (SATSU) as a way of reaching out to a broader community of sociologists, seeking to understand fundamental shifts occurring across the knowledge economies. Much of his work around this time pioneered sociological research into the changing relationships between academia and industry, public and private sector knowledge producers, and the increased blurring of institutional identities. One of his first ESRC funded projects was a study of the restructuring of public research organisations under Thatcher’s programme of privatisation. Andrew’s work, with others, focussed on the increasing commercialisation of public science with projects on patenting and critical research on government Foresight programmes. SATSU grew in numbers and established a strong portfolio of UK and EU-funded projects, having a formal ‘public launch’ in 1998 with a keynote by Arie Rip.

In 1999 Andrew and SATSU, including a small group of international researchers, moved to the Department of Sociology at the University of York, something of an intellectual home for Andrew over the years. Shortly after arriving, Andrew was appointed the director of the ESRC/MRC’s major five-year programme of research on ‘Innovative Health Technologies’, also building on Andrew’s involvement in early policy debates in Westminster on genetics and biotechnology. Further ESRC and EC funding led to projects on the sociology of regulation in the context of stem cell science and regenerative medicine (the REMEDiE and REGenableMED projects). He co-edited Palgrave’s Health, Technology and Society series together with Sally Wyatt resulting in over twenty books to date. Andrew was boundlessly energetic, engaged and insatiably interested in so many sociological aspects of the life sciences, medicine and biology.

Under Andrew’s steer SATSU became an important node within the STS community, from early relations with likeminded centres in the UK to involvement with the wider European community, also via EASST. Over the years SATSU welcomed many colleagues to its seminars, workshops and conferences, not least the 2002 EASST York conference. The conference programme ‘Responsibility under Uncertainty’ is still available on the EASST website and shows a wide variety of themes, many still relevant today. The conference highlight had to be dinner amongst the carriages and vintage steam engines of the York Railway Museum.

A whole generation of young STS researchers journeyed through York, with Andrew and SATSU colleagues providing a lasting academic base that was both intellectually stimulating and socially welcoming. A successful EU application saw SATSU become a Marie Curie training site, mentoring doctoral students from all over Europe researching the new genetics and the integration of science, society and policy. The shared York experience provided a strong foundation for continuing collaborations over the years, eventually leading to the more global ‘Bio-objects network’ co-directed by Andrew and funded by the EU Cooperation in Science and Technology Action (COST) initiative with seventy or so members from over twenty countries. Work published by the network received the first EASST Amsterdamska award for creative collaboration on the volume Bio-Objects: Life in the 21st Century. As Andrew himself had to acknowledge with classically understated modesty, the concept ‘bio-object’ had become ‘very mobile’.

Andrew was a highly recognised facilitator and insightful leader of people, serving as Head of the Department of Sociology at York (2005-2009) and then Dean of Social Sciences (2010-2014). Amongst many other initiatives, Andrew established the Science and Technology Studies doctoral training programme in collaboration with colleagues at Leeds and Sheffield. Nationally he was pivotal in founding the UK’s Association for Studies in Innovation Science and Technology (AsSIST-UK) contributing to the connection between STS and innovation studies and consolidating the role of STS in UK policymaking. He ‘retired’ in 2018 becoming Emeritus but sustaining a demanding research schedule now coupled with one of his favourite pastimes, hiking in the hills and woodlands of North Yorkshire with Helen, his lifelong friend and companion.

Andrew will be as much remembered for his truly wonderful personal qualities as his professional achievements. His door was always open and, no matter how incredibly busy he must have been, he was available to listen, to advise and to share a witty anecdote or two. His whole personal ethic was, in a way, about hospitality. He was brilliant at the art of making connections, the cross-over no one had thought of. His skill in guiding researchers to develop their work and careers was recognised with the 4S mentoring award, praising his kindness, sense of humour and his ability to value everyone’s contribution and bring them to a higher level: “a rare combination of an excellent researcher and research manager – who is extremely generous and supporting…  a great inspiration for how one can combine an ambitious academic research career without losing sight of the more social aspects of life.”

Many of us will remember fond memories of the Webster’s Summer BBQs where Andrew, with that twinkle in his eye, would ply everyone with just another glass. He also made the effort, every year, to take his research group out on a day trip somewhere. It was on one of those occasions that Andrew took SATSU to the Yorkshire Sculpture Park to walk amongst work by Barbara Hepworth, Henry Moore and others. While walking around, Andrew spotted something, this was a huge iron artwork in a storage area of the park. He wandered off for a bit, and then reappeared. No one thought more of it. But some months later an enormous truck and crane appeared outside the Department of Sociology and installed that same vast monumental artwork on the lawn. It’s four metres high and four tonnes heavy. It’s a colossal organic hollow shape made of hot rolled steel called ‘Beyond and within’ by Joanna Mowbray. It looks like it’s been there forever and will be there forever more. Nestling amongst those trees. That was Andrew, beyond and within, a gentle and lasting force in the world. Our mentor and friend is survived by Helen his wife, his two wonderful sons Matt and Nick, and now a growing brood of grandchildren.