Contemporary energy transitions is a particular urgent issue, heavily discussed in the media and recently defined by the EU as one of six major societal challenges under the new Europe 2020 framework. It is an issue that permeates society at multiple levels, from energy production and distribution, to industrial processes, transportation, and domestic consumption. As such, energy consumption isn’t the only aspect to be tackled in the path to a more sustainable society, but it is one to which STS can give a valuable contribution.

Between 2012 and 2014, I collaborated in a project on public controversies about large-scale implementation of renewable energy technologies in Portugal, where I was responsible for a case study of controversies concerning the local impact of a 46MW Photovoltaic plant in a small municipality in the south of Portugal. Soon after starting, I found out that the construction of the plant had been supported by a Town Hall communication campaign that had an important effect in shifting local perceptions on energy consumption and the use of solar energy micro generation. Seeing the small city’s rooftops populated by solar panels and the interaction with the population was more than enough for me to develop some curiosity on issues related to energy at the household level.

As a PhD candidate in sociology studying the development of a research and innovation community on renewable energies, attending the EASST conference for the first time offered me the opportunity to significantly expand my perspective on my own work. I was particularly interested in the Sociotechnical asymmetries in energy issues track, and especially with one session dealing with domestic energy consumption both from the technology designer and user perspectives. I could not only learn from current research projects presented by scholars focusing on similar issues in different national contexts, but also gain awareness of new topics related to energy in Europe.

Over the last decade household energy has become an increasingly important topic in STS, especially through the revival of practice theory and its rejection of the economics/psychology informed individualistic understanding of energy consumption and other sustainable behaviour that is prevalent in public policy (Shove, 2003; Spaargaren, 2011). Practice theory proposes a framework where energy consumption is not the product of individual behaviour but instead of collectively structured practices ingrained in individuals by continued exposure to technology and their social environment (Wilhite 2008).

Remarkably, the presentations in this session drew more frequently from an Actor-Network-Theory. I am quite familiar with the application of ANT in processes of scientific knowledge production and more high-tech oriented innovation, where lay people/users’ input is usually less of a concern. Hence it was especially interesting to learn about how STS scholars are deploying ANT in a case where the technology intermingles with everyday life activities. Meiken Hansen’s presentation – Smart grid, household consumers and asymmetries: Energy visualization and scripting of technology – was based on a two-year project that gave users access to visualization technologies for domestic energy consumption and production. She highlighted the desire of users to have control over these technologies and the extent to which change in consumption patterns was related to their ability to interpret technology’s interface. In her presentation – Social networks and energy use: Household practices in Copenhagen – Signe Nielsen introduced another element to the discussion. Change in daily activities would not just be shaped by the relation between the user’s own objectives and technological devices, but also by the capacity of establishing connections between daily activities and the global (global warming, threatened ecosystems). The use of an ANT perspective by the two presenters, when contrasted with practice theory, seemed to provide a more granular view of the changing consumption activities where the user’s agency takes a more reflexive flavor. Practice theory is indeed less concerned with the ways individuals position themselves in a bidirectional/close-looped relation with technology and more with the shaping of inconspicuous daily activities by routine, thus providing a better understanding for long term change and broad societal patterns.

Thus, both practice theory and actor-network-theory provide powerful theoretical tools to understand energy transitions. They both rely on systemic accounts of social phenomena that account for the interdependency between individual agency and broader structural elements, while the defining elements of the theory (practices and actor-networks) provide for a solid meso-level unit of analysis. This analytical perspective determines the way both perspectives incorporate technology into their analytical framework as a factor that both shapes and is shaped by social agency. The inclusion of a strong sense of the impact of technology in shaping behaviour, while at the same time rejecting technological determinism is, in my opinion, among the most relevant contribution STS can give to the broader societal discussion on energy consumption and efficiency. The current moment provides an opportunity to start developing interesting synergies between practice theory and actor-network-theory and to avoid having them fall into the typical conundrum of sociological theory, where competing perspectives stress different sides of the same social phenomena but don’t quite blend well when mixed together. Some of the papers presented at EASST made important steps towards a possible integration.

Spaargaren, G. (2011). Theories of practices: Agency, technology, and culture. Exploring the relevance of practice theories for the governance of sustainable consumption practices in the new world-order. Global Environmental Change, 21, 813–822. 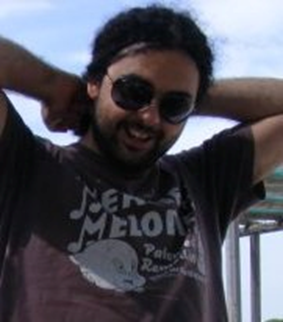 Luis Junqueira is a PhD candidate at the Institute of Social Sciences, University of Lisboa. He is a sociologist with interest in knowledge production, energy technologies and social network analysis.