Yesterday, just two months after our Madrid conference, I finally made it to the storage room. I actually just landed back in Madrid… two months after I left my city, the day after the end of the conference. But, somehow, I was too busy settling and, in a way, I was also unprepared to take a look back. In that storage room, dozens of conference bags, a few t-shirts and some lanyards: all of them with the logo of EASST 2022.

As I entered the room, I realized that, indeed, it had happened. We did meet, hundreds of us, in Madrid at the beginning of this now fading summer. We met again; we hugged each other, sat down, looked at each other, frowned upon the nerves of standing up and present our papers in a packed room. We marveled at this opportunity, we complained about the heat and the costs, we raised our full glasses, we stormed the city at night, and we danced together. But most importantly, we shared our knowledge, our doubts, our aspirations, our questions and, why not, our hopes that we would make it forward. We inspired each other, got feedbacks, pushed forward our boundaries and our epistemic communities, small and big ones alike.

It was like before but, at the same time, it was not. Something had changed: we were immensely happy to be back together face to face, but we learned a lesson that made us realize that things could no longer be exactly the same. And this change requires now more than just our acknowledgement. The planet is burning fast, and this has been the driest summer in the past 500 years. We did not know it yet in Madrid, but we feared it could be… and it was. A wider reflection on how we should rethink our conferences in this new scenario was always behind the curtains, and often on the front stage. The pandemic is not over, as it is still harvesting thousands of deaths across the world. The war is still going on, forcing thousands of people in Ukraine to live under permanent threat, facing violence and horror every day, but also leaving shocked and outraged thousands of silent and scared Russians, who disagree with the way the situation has been handled and has evolved. People in Europe are also increasingly vulnerable and poor, with several countries marching fast towards a new economic crisis. 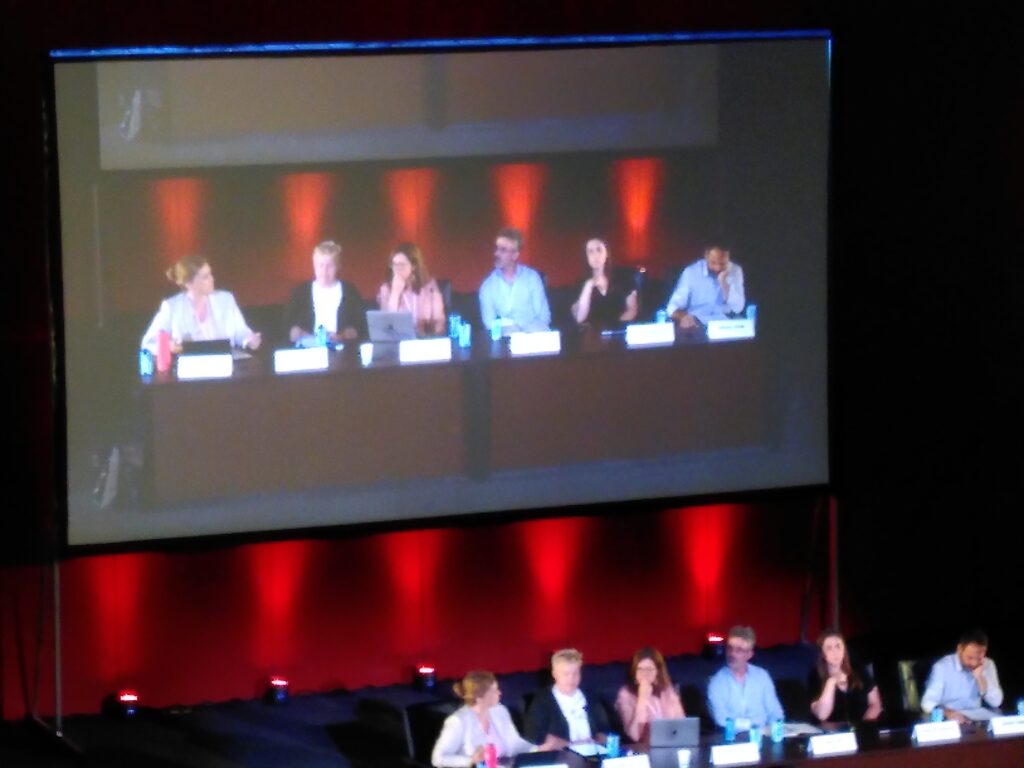 These concerns, along with other important ones on artificial intelligence, biomedical data, political participation and science communication, were all discussed at length in a wide variety of panels or semi-plenary sessions throughout the three days of the conference. Some of these concerns are now discussed at length by contributions in this issue. The future of techno-politics, interspecies cohabitation, the role of STS in the study of democracy and the trajectory of STS studies in science communication are but some of them. Though very different in their focus, approach and topic, all these contributions share a concern for what we live and act today as “politics”, for the complex interplay between science and democracy, and for what all these dynamics of change imply for the future of our planet, including our species. They hint at the need to rethink collectively our studies, our tools, our participation in society and, last but not least, our responsibility towards the planet which we inhabit and the political system in which we live and operate.

The last plenary in the conference was quite explicit about this, and it gave voice to a general discomfort with current participation dynamics in our democratic life, as you may also read in the contribution by Sarah Rose Bieszczad and James Besse on the Early Career Researchers meeting. It encouraged us not only to include these as central topics in our studies but also to take a more active stance in our social engagement and to rethink collectively how to make existing institutions less hostile and more welcoming to the variety of voices and proposals that are blossoming outside the palaces of power. We collectively agreed, or so it seemed, that STS also holds a potential to contribute to the study, maintenance and care of the political institutions that do not seem to work as effectively as they were used to, often high-jacked by powerful minorities who have no interest in the common good.

Yet, we seemed also to agree that Madrid has been the first face-to-face conference post-pandemic (if we can say that), but possibly also the last one. Surely, nobody argued that we should not meet again face-to-face, as it was widely recognized that it is crucial for junior and senior scholars alike to have this opportunity. Whilst it was clear that the traditional model of conference is no longer sustainable, not only for the costs, but also for the significant CO2 impact, it was also clear that existing alternatives, ranging from on-line conference to hybrid events, are also plagued with their own difficulties. In a lunch session organized by the local committee a small but motivated group had a chance to discuss these issues at length, setting the basis for a debate that is likely to last, within and outside the EASST community, for the years to come. You will indeed find more refreshing insights on this topic written by council member Richard Tutton and colleagues in this EASST Review issue.

New forms of meeting each other in order to still have a chance to share time, space, knowledge, doubts and fun together, have become necessary. It is still unclear how they will emerge and consolidate, but it is clear that our scholarly community is actively looking into this. We are honored to have had a chance to give these reflections space and support in Madrid and we are very much looking forward to the next EASST conference for novelties and surprises!

Surely, conference memories should not remain a mere nostalgic exercise. EASST 2022 was a forward-looking conference, which encouraged all of us to think the interplay of science, politics and technology not only as future-generating combination but often also a powerful conservative device that tends to uphold dominant arrangements of our political present, sidelining or obscuring even alternative visions and processes of future generation. After this summer break, the return to our academic life and jobs bears an additional responsibility, which compels us to keep this in mind as we move forward.

Faithful to this spirit, it is also time for the somewhat fragmented STS community in the Spanish state to gather and mobilize once again. The organization of EASST 2022 has been a marvelous, though no doubt demanding, opportunity for many of us to gather and work side by side again. Our hope is that what we shared along the road that took us to IFEMA last July would become a source of energy for a new journey as a thriving STS association.

Vincenzo Pavone
On behalf of the editorial team

POSTSCRIPT: When finalising this EASST Review which looks back on the Madrid EASST Conference, we received the very sad news of Bruno Latour’s passing. Our colleagues and friends from École des Mines in Paris have written an In Memoriam for this issue. We thank them for this collective contribution and welcome any other memories and contributions to honour his life and work for the next edition which will appear in December. Chapeau, Professeur Latour! Vous resterez dans nos pensées, dans notre enseignement, nos écrits et nos discussions, en Europe et dans le reste du monde.