How does STS ethnography meet what it researches? Not prescriptive methodology – we were interested in methodography, describing and problematising how methods shape data. 2018 saw three research events that focused on data infrastructures and practices in participant observation and in collaborating with other actants in & around the field. With this focus, we turned back and looked at our own research practices. This meant exploring what kind of performative relations arise between STS and our topics of research and how these relations were materially and otherwise shaped.

Amidst today’s conversations about what data (big or small) might be, or could do, a reflexive moment has arisen within STS. Whilst STS scholars have been foundationally studying research practices – data handling and processing, translations, semiotic and material practices, epistemic and ontological shifts – these have been almost exclusively in fields of scholarship outside of STS. We have studied knowledge practices across the sciences, in spaces of engineering, technology, from laboratories to fields, governance practices to evidence regimes. But what happens when we turn back and look at our own research practices? In the take-up of ethnography within STS, what kind of performative relations arise between STS and its topics of research?

The Spring and Summer of 2018 saw three interrelated research events on these questions. They took form as a series of conversations in Berlin and Lancaster, organised by Ingmar Lippert, Rachel Douglas-Jones, Tahani Nadim, Jörg Niewöhner as well as Julie Sascia Mewes (and supported by Göde Both).[1]

Critique of method is not without precedence, and a series of important moments from different eras informed our discussions. In 1975, Paul Feyerabend wrote Against Method, setting the tone for the questioning to come. His rallying cry opposed the strict constraints that methods can impose, which Feyerabend considered weakening epistemological openness. Down the decades, John Law’s 2004 After Method speculated on the practices of analysis and writing in the wake of methods deconstruction, questioning stereotypical UK social science methods training. Inventive Methods by Lury and Wakeford (2012) is an inheritor to these questions, turning to specific devices in the doing of epistemic work. Their range of method devices ran from tape recorders to the conceptual work of “configuration”, elaborated by Lucy Suchman. Even though these texts were very much about the relation between methods and the making of worlds, the collection did not focus on narratives of how certain kinds of method assemblages, used in specific places at specific times, produced researchers’ own particular accounts.

The term methodography arises in the work of STS ethnomethodologists Christian Greiffenhagen, Michael Mair and Wes Sharrock (2011) which contemplates the difference between methodologies that are prescriptive and studies that allow for the problematisation of qualitative research method within the account given. At that point, STS and its methods did not arise as an empirical field for their questions – something that arose as a point of discussion at the EASST/4S Roundtable ‘Does STS have problems?’, organised by Noortje Marres and Endre Dányi in 2016[2] . Yet typically texts that question STS methods waver between a prescriptive-normative take and a descriptive problematisation (e.g. Hyysalo, Pollock and Williams, forthcoming; Lippert 2014).

Answering this call, the three events of 2018 wove conversations across twenty authors, six commenting contributors, a roundtable with five scholars, [3] a keynote by John Law and a writing methodography session chaired by Rachel Douglas-Jones and Estrid Sørensen.

Papers at these events ranged vastly in terms of their empirical focus. From archives to borders, policing to residential care, Internet of Things device use at home to public environmental agencies, call centers to tourism, the contributions all attended to how methods shaped the STS analyst’s epistemic practices.

Themes that arose in discussion were those that discussions of ethnography often produce: the responsibilities of researchers, anxieties about interventions, the work of description, and the politics of collaboration. But in the ‘graphic’ component of methodography, participants sought not introspective accounts of method but extrospective ones, resulting in ethnographic accounts of what researchers actually do in the field. Method came to be a defamiliarization technique, allowing for (amongst other things) attention to performativity and materiality.

Inspired by Farías (2016), and by the EASST2018 theme of meetings, collaboration arose as a focusing term. It was also a contested term. In research, researcher and researched meet, and participants were encouraged to consider meetings of humans and nonhumans, their concerns, voices, material or immaterial presences or absences. In research, devices are met and employed, though these might be unruly, too. Discussion ranged from the implied positivity of collaboration (“do-gooder consensuality”) versus its potential to allow friction within forms of collective that do not need or presume “common ground”. We discussed differing degrees of togetherness, with other researchers and those participating in the field, including those with whom we might write.

Several papers highlighted the configuration and shaping of roles in the network of socio-material relations between researcher, artefacts, devices, human interlocutors. This resonated well with method devices, found in Lury and Wakeford’s book, which include invitations to engage material, tangible entities like photo-images, cameras, lists, screens but also categories, research protocols and modes of relating. In discussions, participants speculated that STS, which has honed its attention on the politics of classification, categories and ordering, may need to think differently about the ethnographic openness, embodied learning, and knowledges of others that are brought together in moments of analysis. Several papers found spaces to describe the openness they had sought through methods, whether in “pausing” (Melina Antonakaki) or in “experiment” (Ryanne Bleumink, Lisette Jong and Ildikó Plájás), as students set the knowledge practices that they were studying against the knowledge practices they were using in their analyses.

Material devices were also foregrounded to tell and explicate methodography. Stefan Laube, for example, turned to clothing and costumes as participants in material practices that configured his ethnographic presence. A range of papers engaged with how rooms and scapes took part in configuring epistemic work, such as the location of a cab (Alexandra Endaltseva), snowy landscape (Eva Kotaskova) or a room at a home (Christine Hine). The papers showed how materiality – in both the seemingly well controllable research devices like a shirt or a camera as well as the rooms and landscapes encountered or tactically employed – was taking on multiple roles, such as of affordance and of obstacle.

Those with a background in anthropology brought a range of references to the table, from explicit reflections in that discipline on how ethnographers produce knowledge, and the legacies of Writing Culture. However, participants agreed that it was worth considering the specifics of STS ethnographic practices, from the kinds of situations where researchers do their work, to those where they are in co-presence with those they study, while then producing material about it. Along these lines, John Law’s workshop keynote illustrated how being ethnographic about ethnography permits descriptions of research practices. He argued that what we do in the field interferes in field spaces, and working with others in the field allows us to attend to how different peoples’ sensibilities inform the making of the work that emerges. Using stories of fieldwork with Marianne Lien in Norwegian Salmon fisheries, Law’s paper highlighted his interest in ontological politics, the differences that are important to different people. Is it possible, he asked, to generate practices that are open to the possibility of going on well together in difference in particular contexts. Can we observe and write small stories, grounded in practices, that do not aim to bring differences ‘together’? Not resolve ‘away’ ontological divergences, but work with the power and limitation of words to make evident differences that may operate outside of language.

The Berlin workshop closed with a practical writing activity called Writing Methodography, which involved writing and re-writing texts prepared for the workshop. The conveners, Douglas-Jones and Sørensen, acknowledged the challenge for junior scholars, whose initial writing task of bringing forth research and fieldwork, is reflexively compounded by the task of producing text that brings both the field and method’s research effects into being simultaneously. From discussions of what ethnographies of observation look like to close readings of section of ethnographic texts and a ‘walk and talk’ around Berlin’s Deutsche Dom, the workshop focused on what students had brought with them to the workshop. Post-walk exercises practiced the use of words in making worlds, holding the capacity to bring forward both field and methods together in description.

A fascinating thread in the closing discussions questioned what a focus on writing about method in an analytically descriptive rather than prescriptive sense does for STS. Scholars contemplated the potential for greater accountability through explicitness (Nadim), or voiced the desire for greater formalisation of STS’s methods in a time of ‘alt’ facts and post-truths (Niewöhner). What it means to do ethnography in STS settings, and as reflexive STS scholars is not a topic that offers simple answers. It taps the basic questions that fascinate STS scholars – ‘how do we know’ and returns the ‘we’ to a disciplinary conversation.

Join the methodography conversation and exploration!

We invite public conversation on the theme via Twitter’s #STSethnography hashtag and we expect a Call for Papers in spring 2019 for a special issue on ‘Ethnographic data generation in STS collaboration’ in Science & Technology Studies. [4] This SI is going to zoom in on STS scholars who engage in collaborative research, as groups of STS scholars as well as in collaborations with colleagues in other fields or non-academics. So we invite contributions on how ethnographic data is generated and transformed for and in STS analysis across a range of such collaborative contexts. The SI aims to lead beyond reflexivity accounts of positionality in STS ethnography and to establish a benchmark for the STS ethnographic study of how ethnographic collaboration configures its data. Julie Sascia Mewes joins Ingmar Lippert as co-editor and we gladly contribute to strengthening the journal’s trajectory of exploring STS methods and analytical devices.

[1]    The conversations extended across a half-day workshop Speculative Instruments meet Ethnographic Data, hosted by Humboldt University’s Media & Digital Anthropology Lab (MeDiA Lab) on 12/4/18, continued with the workshop Participant Observation and Collaboration in STS Ethnography: Generating Methodographic Sensibilities for Science & Technology Studies at the same university’s Science and Technology Studies Lab (13-14/4/18) and became more public as an EASST2018 conference panel Methodography of data practices in STS’s ethnographic collaboration and participant observation (26/7/18). The first two events were financed by EASST, the Museum für Naturkunde Berlin and the IT University of Copenhagen’s ETHOS Lab and their Data as Relation project.

Greiffenhagen C, Mair M and Sharrock W (2011) From Methodology to Methodography: A Study of Qualitative and Quantitative Reasoning in Practice. Methodological Innovations Online 6(3):93-107.

Lippert I (2014) Studying Reconfigurations of Discourse: Tracing the Stability and Materiality of ‘Sustainability/Carbon’. Journal for Discourse Studies 2(1): 32–54. 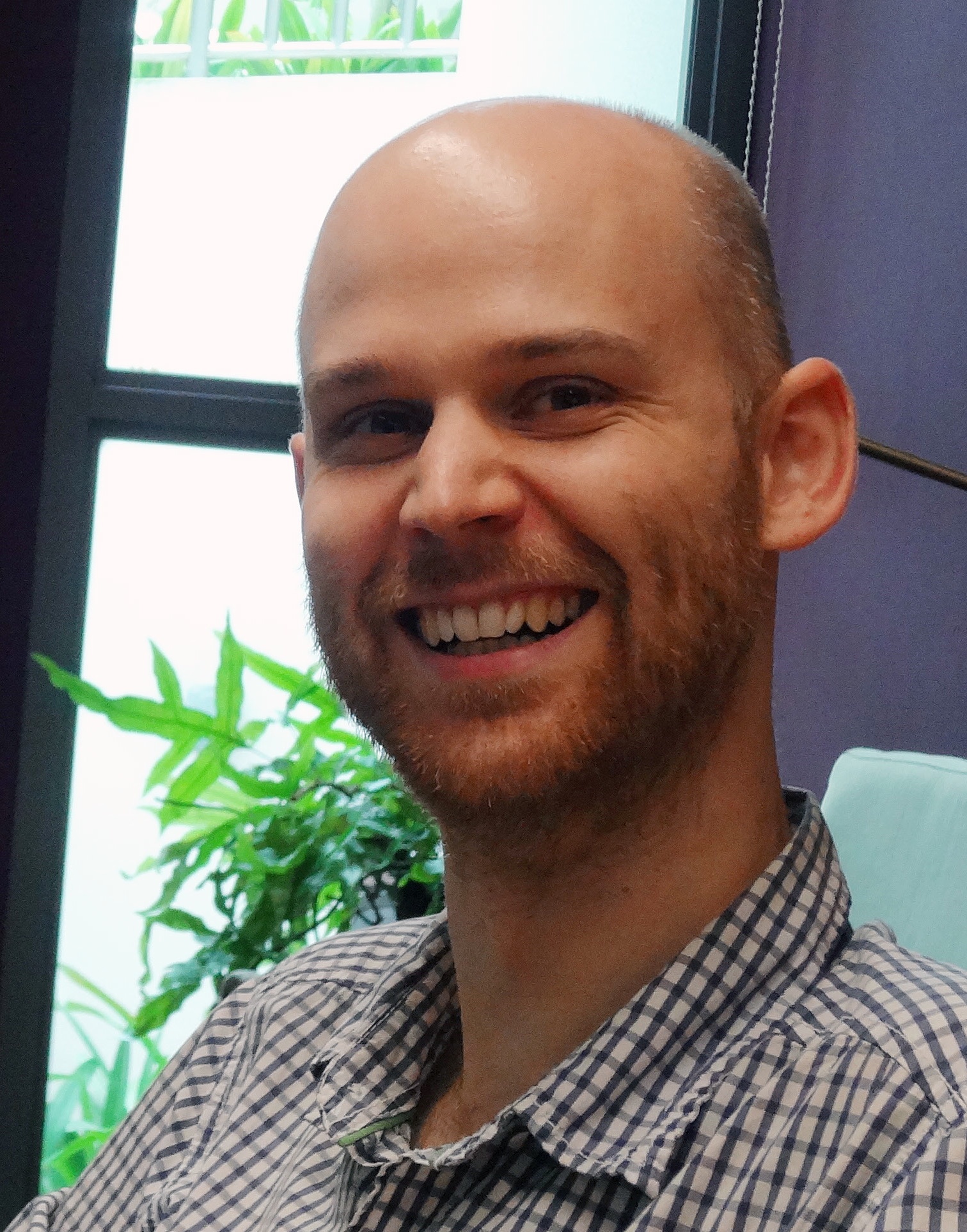 Associate Professor Ingmar Lippert is an environmental sociologist, STS scholar and works between the Technologies in Practice research group at IT University of Copenhagen and the STS unit at Museum für Naturkunde Berlin. He ethnographically studies environmental governance and its data infrastructures and is most interested in questions of ontics, ontology and their accountabilities as well as responsibilities. Further research interests include organisation, work, cooperation and resistance as well as qualitative methods. Associate Professor Rachel Douglas-Jones is an anthropologist, STS scholar and head of the Technologies in Practice research group at IT University of Copenhagen. She has conducted ethnographic studies of the governance and conduct of biomedical research and is most interested in questions of ethics, ethical review and sites of decision making. Further research interests include measures, committees, quantification, bodies, knowledge practices, standardisation, infrastructures of research and international collaborations.