It was at the heart of a fierce debate not so many months ago. During the Easter week, with Europe locked down again in a variety of regimes of restrictions, the first pages of several European newspapers would talk of it as a scandal, as a surprise, as a monument to economic pressures or as a light in the darkness of Covid-19 repressed and depressed reality. We are obviously talking about Madrid, a city of contradictions, of dynamic intersections, and a laboratory of what our possible post-covid futures may hold for us. While the rest of Europe, including the Spanish regions bordering it, was locked down in a precautionary state to prevent the further spreading of the Pandemic, Madrid was open to its citizens and to tourists from all over Europe, with lively terraces, beers and wine, cinemas, theaters and museums. Pure anomaly in Europe, in those days you could hear French, Italian, English and German being spoken across its nineteenth century historical Centre. With the knowledge about outdoor infection rates we have today, it seems that it was not so risky to have people around, socializing around terraces. And yet, this was not at all clear, then. In a successful campaign of the right wing party, which won local elections in May 2021 by a landslide, Madrid was offered to the imaginary of Europe as the city of Liberty.

And yet, Madrid is intriguingly more than that. It is both the richest region in Spain and the one in which less resources are spent per capita in education and healthcare. It is such as successful neoliberal laboratory, that, during Filomena, the worst snowstorm for decades, Madrid citizens – deeply skeptical about the actual intervention of political authorities – bought shovels and went and cleaned the streets, the schools, and the sidewalks. Many took their SUVs and collected people in the street to take them to medical centers, hospitals and emergencies. Madrid today is the heart of a growing rightwing movement and the host of many of its resistances, of its alternatives and of inclusive cultural movements that think and act differently. It is a place where the internal contradictions of modernity, of the European project and of the future that is yet to be born, are dynamically at work. It is, we believe, a crucially symbolic place where the EASST Council has recently decided to hold its next, hopefully presential, bi-annual meeting.

This choice, which we welcome, is full of implications. It is a choice to start again from the South, not as a place to paternalistically involve or integrate, but as a place from where to think our future – the future of our STS community and the future of science, technology and politics – anew. It is a choice to meet each other again in a city that is traditionally very open and tolerant, which often welcomes foreigners as people of their own, without asking them too high a price for integration. It is a city where few people can actually claim to be born but where there is space and a “home” for many. It is a city that may cling on tradition and be restless at the same time; a city that never sleeps and changes continuously. Last but not least, it is a city where political power dwells but is constantly challenged.

In this issue, there is amongst others an interesting piece on Fukushima, which launches a more than ever necessary call for anthropology of the powerful, of the elites, of the winners. Reminding the STS scholars not only of the importance of studying the people at margins, the vulnerable, excluded, the voiceless but also the interactions, imaginaries, contradictions and initiatives of those who inhabit the rooms of power, wealth and decision-making. We find this call very poignant, not only for the growing need of gathering more knowledge about those who do not normally enjoy our solidarity, but also because only a closer and serious study of these will enable our critical work to be truly transformative. If we live in a world of constructed social reality, and we take part in it fully through our own research… if we truly contribute to construct the very world we engage with in our study, then an STS agenda on those who are constantly in the best position to shape our future is all the more necessary.

Critical studies on the ability of these elites – among which we can also count a number of epistemic communities – to shape not only the strategies of the future but also the very idea of what the future may look like are a top priority. More critical work on the kind of knowledge that is selected and legitimated in this powerful communities, on what kind of interactions and transactions are deemed acceptable and on what kind of imaginaries are generated and uphold to shape debates about the future (and what kind of future is conceivable and why) is of crucial importance to unlock and empower the potential of different framings, different knowledge or imaginaries and different collectivities for a new staircase to alternative futures. For whatever kind of future we would like to unlock and pursue, we need first to be able to think of it. A closer study of the social, economic and political dynamics that make the reframing of existing challenges and, thus, of new futures impossible is am urgent task for an STS community that claims to transform the world as it studies it. 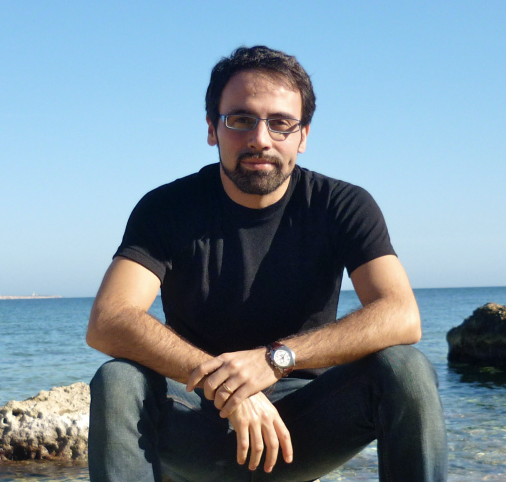 Vincenzo Pavone is a senior research fellow at the Institute of Public Goods and Policies (IPP) of the Spanish National Research Council (CSIC), currently serving as Director of the IPP. His work focuses on the relationship between neoliberal capitalism and the bioeconom(ies), with a special focus on the reproductive bioeconomy. He is also interested in the relationship between lay knowledge, science and public policies, as well as in participatory science and participatory technology assessment. You can find more at: https://unboundingsts.wordpress.com

De Madrid al Cielo (From Madrid to the Sky), Let us meet there in 2022

‘Studying Up’ on Fukushima

Staying with the troubles of infrastructuring stsing: between assemblage and “Verein”

A heterotopia of constitutional innovation The formation of a new research group and a hub for interdisciplinary research at the intersection of law, technology, and society