Making Genomic Medicine is a Wellcome Trust funded project investigating the historical and social processes that have produced the current ferment of activity around genomic medicine. The project explores how developments in biomedical science have interacted with changing social and political circumstances – including research policy, the influence of patient groups, and the growth of commercial biotechnology – to frame genomic medicine as a field of scientific, medical and economic promise. The team pursue this research using a variety of different methods and sources including archival materials, analysis of grey and scientific literature, and interviews with key actors including genomic entrepreneurs, physicians, policy advisors, and biomedical scientists. The project is organised around three inter-related strands of research into the history of rare disease, drug discovery, and changing ideas of medical risk. Research Fellow Farah Huzair explores how new biotech-based methods of drug discovery and development have interacted with the chemical engineering approaches more typically favoured by big pharma. Koichi Mikami is examining the role of rare disease organisations in shaping medical policy and practice to promote access to innovative treatments. The third Research Fellow, Catherine Heeney, works on issues of risk in genomics, with a particular focus on how techniques and technologies for conducting genome wide association studies reshaped the field of the genetics of common complex diseases. Building on this research the team has also organised a series of witness seminars and policy workshops bringing together key actors to reflect on the past and possible futures of different aspects of Genomic Medicine.

In pulling together the rich and varied data from the three strands, project PI Steve Sturdy invites us to rehabilitate the idea, originally proposed by Barbara and John Ehrenreich, of the medical-industrial complex (Ehrenreich and Ehrenreich, 1969). From the 1970s, academic bioscience has become increasingly entangled with commercial concerns, especially through the new biotechnology sector and its ramifications into pharmaceutical innovation, diagnostics and informatics. This has been facilitated by favourable policies on, for instance, ownership of intellectual property and marketing of orphan drugs, as well as substantial public funding for genomics research and infrastructure. These policies have in turn been informed by expectations of economic growth among policy makers, and of new and more effective therapies among patients and consumers. More recently, healthcare systems too are becoming increasingly entangled in this biomedical innovation system as suppliers of medical data and clinical research resources. Making Genomic Medicine is documenting key aspects of the pivotal role that genomic science and technology have played, and continue to play, in the development of this medical-industrial complex.

Medical Translation in the History of Modern Genomics

Much of the context outlined above is also shared by Medical Translation in the History of Modern Genomics. Rather than focus on the eventual commercial and clinical applications however, it addresses how DNA sequencing projects – the raw materials of genomics – reflected different expectations of utility in medical practice. The PI has recently been joined by Giuditta Parolini and James Lowe as Research Fellows, and Mark Wong as a Research Assistant who will conduct bibliometric work in support of the historical investigations. Gil Viry, Niki Vermeulen and Ann Bruce, social scientists at the University of Edinburgh, will collaborate in the interpretation of the bibliometric and historical data. As this European Research Council funded project is set to begin in October 2016 here we can only share the preliminary findings of the pilot research.

The project’s primary innovation is to look across a range of international sequencing initiatives rather than focus solely on the Human Genome Project (HGP). It is not well known that at the same time as the HGP was being pursued by research teams in Europe, Asia and America, similar programmes were underway for both the yeast and pig genomes. Preliminary archival research has uncovered a wide variety of perspectives regarding how such projects should actually be designed, and these disagreements often revolved around the ultimate goals sequencing should serve. The possibilities of improving agriculture, developing recombinant vaccines, or achieving personalised medicine — a contemporary excitement that frames Making Genomic Medicine — initially shaped the organisation of the yeast, human and pig sequencing projects. Accordingly researchers focussed on sequencing those parts of the yeast, human and pig genome that seemed to matter most for human and non-human health, as well as the emerging biotechnology industry.

After a few years however it seems that selectively sequencing the genome for diagnostic or therapy significant information eventually gave way to the priority of completeness – full and systematic sequencing displaced medical translation. By looking across the yeast, pig and human genome projects as they developed alongside one another, the project hopes to uncover the common pressures to which these teams responded (or were able to avoid), re-telling the history of international sequencing projects as one in which resource availability and use forced choices between different goals and values. The project builds on an emerging historical interest in genomics, one that combines archival work with social science perspectives to unpack promissory discourses and the objective of medical translation. Its theoretical and methodological frameworks have been outlined in a recent publication by the PI (Garcia-Sancho, 2016).

Meanwhile, the decision to focus simultaneously on human and non-human genetics builds upon a line of research developed here at Edinburgh regarding the history of agricultural science. One of its most recent contributions is worth mentioning briefly as it acted as a springboard for the present project. Historicizing Dolly (funded by the UK Biotechnology and Biological Sciences Research Council) examines the history of animal breeding research in Edinburgh in the late twentieth century (García-Sancho, 2015). The project Research Fellow Dmitriy Myelnikov conceives of Dolly as a product of a number of social and historical processes, including changes in science policy which diminished the role for publicly funded agricultural science and had direct implications for the Animal Breeding Research Organisation (one of the institutions that was eventually recomposed into the Roslin Institute, home to Dolly). These transformations led Roslin to explore new potential commercial applications of their expertise, cloning being just one of a number that they pursued. Another less famous though vastly more significant effort, was the attempt to biologically synthesise useful quantities of human proteins in sheep milk for potential medical application. Here too then we see features that bolster the notion of an emerging medical-industrial complex towards the end of the twentieth century. The final project unpacked here also addresses the biosynthesis of materials as went on at Roslin, but through some of the most recent developments underway in the biosciences.

The Engineering Life project is also funded by the European Research Council, and addresses the ideas, practices, policies and promises that together constitute contemporary attempts to engineer living things. While the project is therefore much more sociological in emphasis, one way to understand its particular take on biological engineering is through historical contextualisation. Again the historiography described above applies here, adding only that subsequent to the Second World War biological and biomedical scientists were no strangers to discussing developments in molecular biology in terms of ‘genetic engineering’, seeing the operations of DNA as systems, circuitry and networks available for manipulation. In the Engineering Life project, instead of dealing with the notion of genetic ‘engineering’ in an eliminative way (content with engineering’s significance extending only as far as rhetoric or pedagogy or poetry), the project asks what it might mean to engineer biology. It is prompted to do so because of the recent emergence of new communities pursuing synthetic biology. These communities are equally aware of earlier ‘engineering’ aspirations in biology, but often deliberately define themselves in distinction from such precursors. Synthetic biologists claim they are different because of a direct dependence upon, or collaboration with, engineers, engineering tools, techniques, and principles – a dependence that they argue was absent in earlier forms of biological engineering.

The project builds on work undertaken by Jane Calvert, Emma Frow and Pablo Schyfter, all of whom have been collaborating (and collaborating with scientists pursuing biological engineering) for almost a decade (Schyfter et al., 2013). Their backgrounds are diverse, as are those of the Research Fellows associated with the project (Deborah Scott, Erika Szymanski and Dominic Berry), ranging from law and geography, to rhetoric and science communication, HPS, and of course STS. In what follows we outline three of the key areas of research. As with all the projects surveyed here, the methods used are varied, including interviews, archival research, participant observation in science and policy spaces, laboratory ethnographies and art/design collaborations.

Synthetic biologists work with or on a range of different biological materials and organisms. National, regional, and international institutions of governance are already examining synthetic biology, attempting to decide whether and how to govern those practices and products. Engineering Life is dedicated to exploring the implications, meanings, and effects of these interactions (Scott, 2016). With regard to laboratory ethnography, the project is focussed in particular on research surrounding yeast and plants, the former with an emphasis on international collaboration, the latter with a commitment to placing contemporary science in historical context. Attending to the relations between organisms and those who research them, organisms and their surroundings, and the organism’s significance in experiment, we are contributing to a long legacy of research that is at once social and historical (Clarke and Fujimura eds., 1992).

The project is also pursuing reflexive questions about the ways in which social scientists are being mobilised in attempts to engineer life. From the outset, scholars from the social sciences, arts, and humanities have participated in the development of synthetic biology (Ginsberg et al., 2014). This provides novel opportunities for interdisciplinary collaboration, but it also carries risks of co-option and capture. What roles are social scientists, bioethicists, lawyers, artists and designers playing in synthetic biology? And to what extent are these roles consistent with these researchers’ theories, methods, values, and goals? 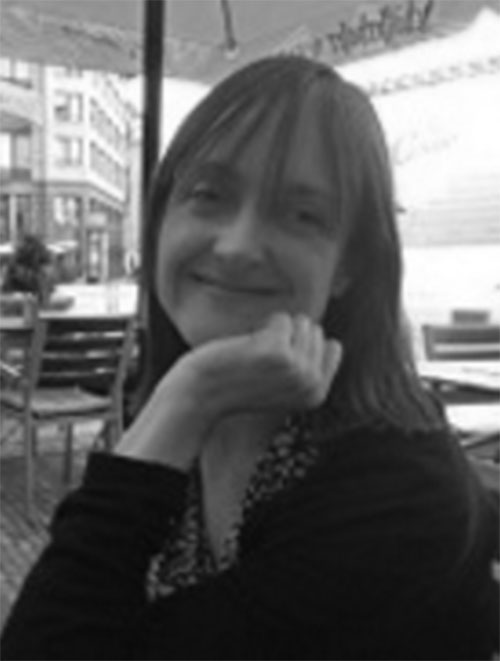 Jane Calvert is Reader in Science, Technology and Innovation Studies and PI on Engineering Life. 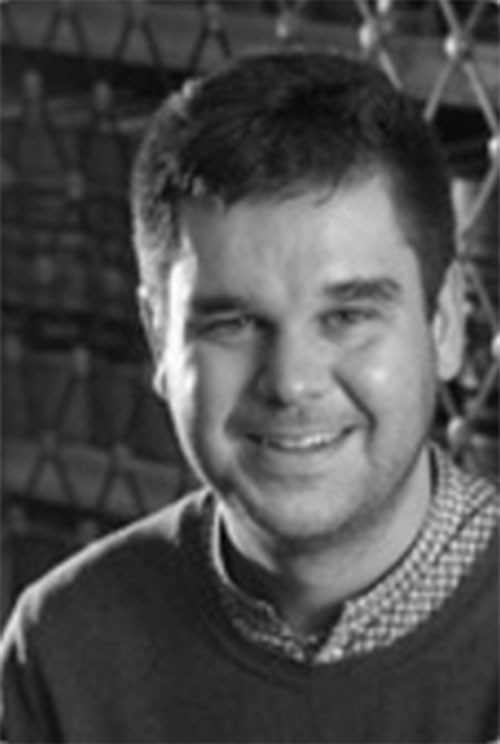 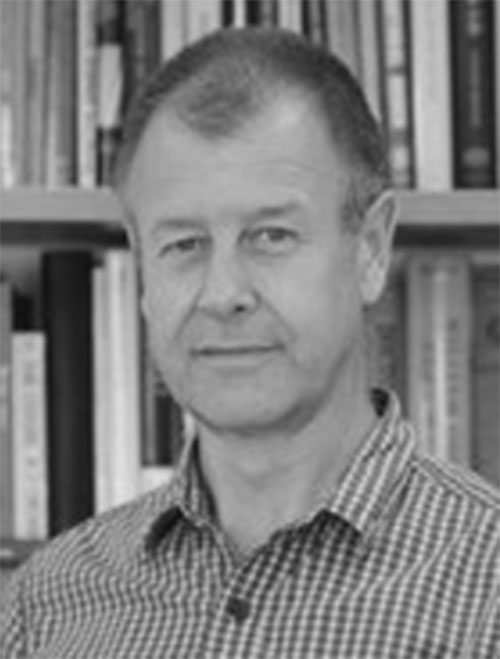