Over the years, STS has more and more moved from a predominant analytical gaze to engaging with the very fields and processes it is concerned with. At the University of Twente, STePS researchers have early on embarked on this road, with a key strand having evolved under the heading of Constructive Technology Assessment (CTA). While the core ideas were developed 30 years ago (Schot and Rip, 1997; Rip et al., 1995; Rip et al., 1987), the practical approaches and specific aims have clearly developed over time and – we expect – will continue to do so in the future. In what follows, we want to briefly explain the key characteristics of the approach, report on some recent projects and discuss our current attempts to move CTA from the field level to the work floor of researchers and technology actors, and close with an outlook on further directions for developing the approach.

Constructive Technology Assessment emerged on the one hand from a concern to turn insights from STS actionable in the development of technologies. On the other hand, it builds on the field of technology assessment – as the term indicates – and aims to mobilize insights on co-evolutionary dynamics of science, technology and society for anticipating and assessing technologies, rather than being predominantly concerned with assessing societal impacts of a quasi-given technology. In addition, it shifts the focus from policy advice to (soft) intervention in the ongoing construction and societal embedding of technologies (see Rip and Robinson, 2013 for an analytical overview). Thus, CTA approaches involve stakeholders and typically include a step of analysis of ongoing processes and dynamics in a specific technology field, which draw on varying conceptual perspectives from science, technology and often also innovation studies. There have been extensive studies of social experiments with electric cars in the 1990s (Hoogma, 2000), some limited studies of micro-optics, and concerted work on nanotechnology (Rip and van Lente, 2013). Which conceptual lenses are used and which (scope of) processes are considered – innovation dynamics, use practices, governance interventions, developments within a field or its context, whether a whole technology field is addressed or a specific artefact – differs from project to project. This analytical step is often also an important base for studying the socio-technical dynamics in their own right.

Forms of intervention can differ, and here is not the space to expand on the full breadth. One form which has proven both doable and appreciated in various cases, includes the development of socio-technical scenarios as an input to stakeholder workshops. These scenarios typically start with the analysis of current and recent developments and then expand into the future, exploring different directions how the observed dynamics may further unfold, but also, how strategic and governance actions may play out and interrelate, or how different actor groups may react -as a means to stimulate reflexive consideration of broader developments and their interrelations than actors in the field would consider in their day-to-day concerns (Parandian and Rip, 2013; Rip and Te Kulve, 2008). In the CTA workshops we then aim to convene stakeholders from different backgrounds, who often enough turn out not to be familiar with many of the perspectives and considerations of other parties (so the workshops are occasions to let them probe each other’s worlds), and discussion is geared towards issues at stake and dilemmas that emerged from the preceding analysis.

By way of example, a project on nanotechnology-based sensor technologies in food and water explored directions for application and user requirements, but also the past and possible future processes which led and may lead to the emergence and further specification of user needs. It clearly turned out that user needs were not ‘given’, but rather that ‘demand articulation’ was an ongoing process, depending not only on dynamics on the use side, but rather on processes across the sector (Te Kulve and Konrad, 2017b; Te Kulve and Konrad, 2017a). More specifically, a stronger early-stage involvement of regulators was identified as a possible way forward.

This study approached the subject at the cross-section of a technology field with sectoral dynamics, and resided largely in the world of businesses. Other CTA studies were more concerned with the different perceptions and assessments of roles and responsibilities of different stakeholders and in particular patients of new medical devices that in different shades provide opportunities and requirements for patients for increased self-management. These examples also focused in more detail on (the design of) specific products, rather than a whole field (Maathuis, 2014; Krabbenborg, 2013).

Mainstreaming CTA to the work floor

The CTA approach in the forms described so far, poses quite some requirements, in terms of research time, STS expertise, workshop preparations, and engagement of participants. Accordingly, many of the projects have been part of PhD or postdoc projects. In the context of recent ambitions to broaden and enhance the consideration of the societal role of science and technology as a regular element of research and innovation processes, largely emerging related to initiatives under the heading of Responsible Research and Innovation (RRI), a new challenge arises.

The general rationale of CTA strongly resonates with the ambition of RRI (Fisher and Rip, 2013). However, for integrating CTA elements across a wide range of research and innovation projects and in a way that it closely involves the technical researchers themselves creates new and challenging frame conditions. This has been exactly the situation we faced in the Dutch nanotechnology research programme NanoNextNL where the ambition has been, clearly stated by the chairman of the programme, to have all researchers involved consider the societal impact of their research themselves (Walhout and Konrad, 2015; Volkskrant, 2011). While the mentioned CTA project for sensor technologies was part of the NanoNextNL programme, the same approach could not be applied to all (hundreds of) projects in the programme. As a way forward, the team of researchers in NanoNextNL who were conducting risk analysis and technology assessment projects set up a course targeted at the PhD students in the programme, which aimed at making the researchers aware of relevant potential risks, societal and ethical implications and prerequisites of their work. Ideally, PhD students were then supposed to dedicate a part, e.g. a chapter, of their thesis to further addressing the identified topics an early attempt to do so is (den Boer et al., 2009). Making in particular the latter happen and providing for the necessary supervision, was surely a challenge, as this had not been provided for in the original set-up of the programme and not all main supervisors were supportive of this type of activities; hence, in practice it wasn’t followed as widely as indicated by the initial ambition. Still, several of the PhD students did so, conducting for instance CTA-inspired workshops, in which they explored with different types of actors potential applications of their research work and the prerequisites and implications thereof (Schulze Greiving et al., 2016). One of them decided to follow this route further, and embarked on a postdoc project in the STePS department. The main aim of this project was to further develop a ‘CTA toolbox’ that builds on analysis and methods derived from STS and innovation studies, but presents and tailors these in a format which is easier accessible, understandable and doable for technical researchers (Schulze Greiving and Konrad, 2017).1 In the meantime we have applied these ‘tools’ in diverse contexts, from bachelor students to senior researchers exploring future research directions.

This move towards a ‘mainstreaming’ of CTA-type activities to the work floor of researchers is much in line with the overarching CTA rationale, but does not come without tensions, as supposedly all of the many colleagues involved in similar endeavors will know all too well. On the one hand, we have recently seen quite some openings for these activities; the activities in NanoNextNL were one of them, another is the recent educational policy of the University of Twente to include a substantial element of ‘reflective education’ throughout all the (largely technical) bachelor programmes. Similar approaches in different shades have been adopted by other technical universities, and the number of research and innovation projects which require a broadening up is expected to increase. At the same time, this development is also contested, particularly at the work- and lab-floor, and does not always go along easily with a number of the practical and disciplinary structures of technical researchers. Thus, tailoring our approaches to the real-world constrains what these openings can do in practice, and requires a constant balancing and experimenting to what extent and in which ways we can and want to adjust concepts and methods to achieve the goal of soft intervention for broadening technology development in a meaningful way.

The situations and forms described are not meant to offer a comprehensive overview of the different conditions CTA may need to be again and again tailored to. Further challenges to situate the approach of CTA arise when CTA is to be conducted productively in different global settings, taking due account of local political and discursive cultures, and possibly different sociotechnical dynamics, an issue which becomes more and more salient also for us as STePS researchers, as we are increasingly working in globally dispersed and connected projects.

Maathuis I. (2014) Technologies of Compliance? Telecare Technologies and Self-Management of Chronic Patients. Enschede: University of Twente.

Parandian A. and Rip A. (2013) Scenarios to explore the futures of the emerging technology of organic and large area electronics. European Journal of Futures Research 1: 1-18.

Rip A and van Lente H. (2013) Bridging the Gap Between Innovation and ELSA: The TA Program in the Dutch Nano-R&D Program NanoNed. NanoEthics 7: 7-16.

Rip A and Robinson DKR. (2013) Constructive Technology Assessment and the Methodology of Insertion. In: Doorn N (ed) Early Engagement and New Technologies: Opening Up the Laboratory. Dordrecht: Springer, 37-53.

Schot J and Rip A. (1997) The Past and Future of Constructive Technology Assessment. Technological Forecasting and Social Change 54: 251-268. 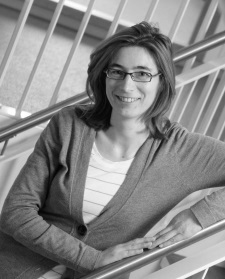 Kornelia Konrad is Assistant Professor of Anticipation and Assessment of Emerging Technologies at the University of Twente. She received a master’s degree in sociology, physics and mathematics at the University of Freiburg i.Br. (1997) and her PhD at the Technical University of Darmstadt (2002), where she participated in the Graduate School “Technology and Society”. Before joining the UT she was a researcher at Eawag, a Swiss federal research institute of the ETH domain in Zurich. In her work she studies and aims at enriching the role of anticipation and assessment in socio-technical innovation. 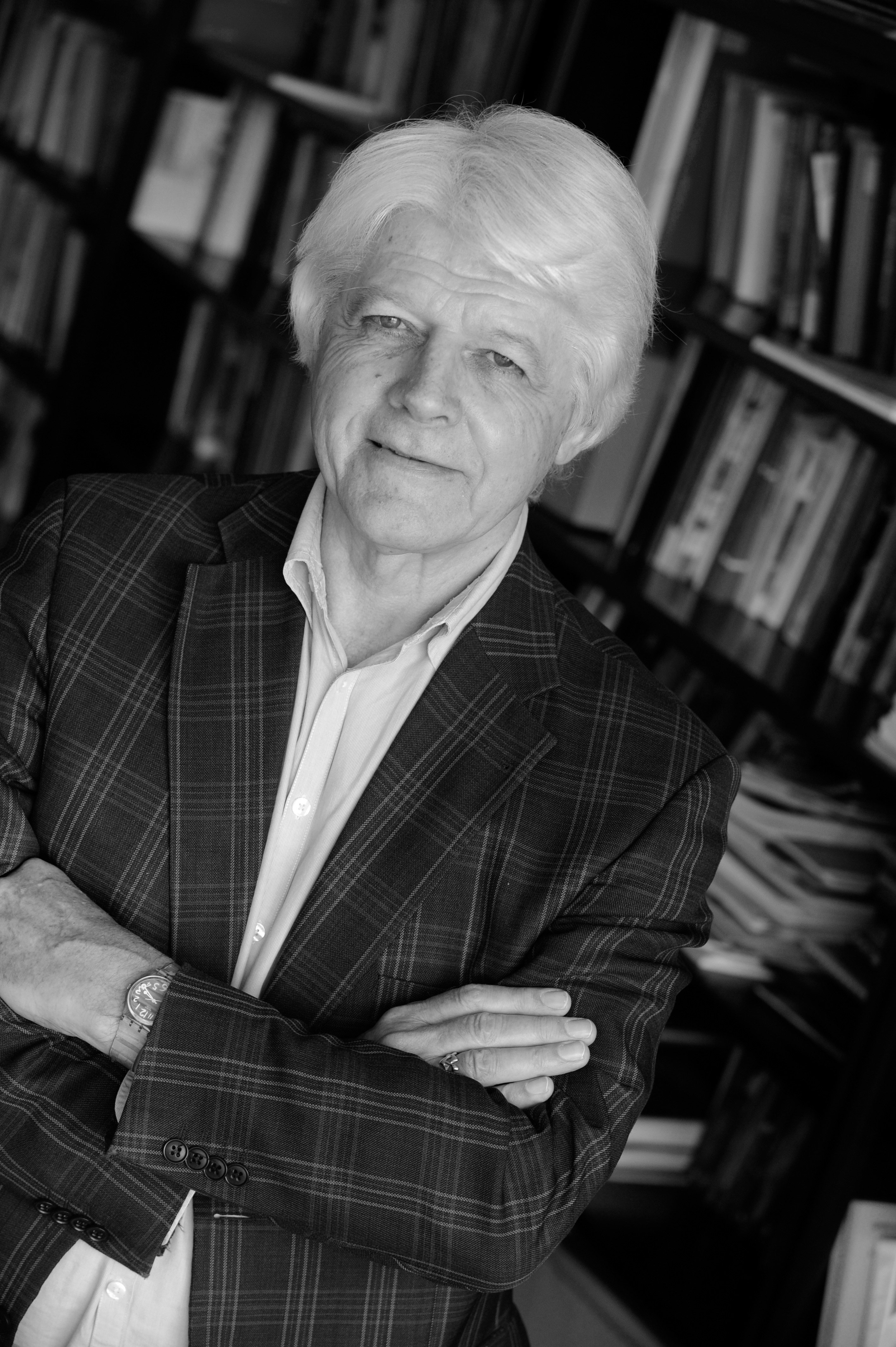 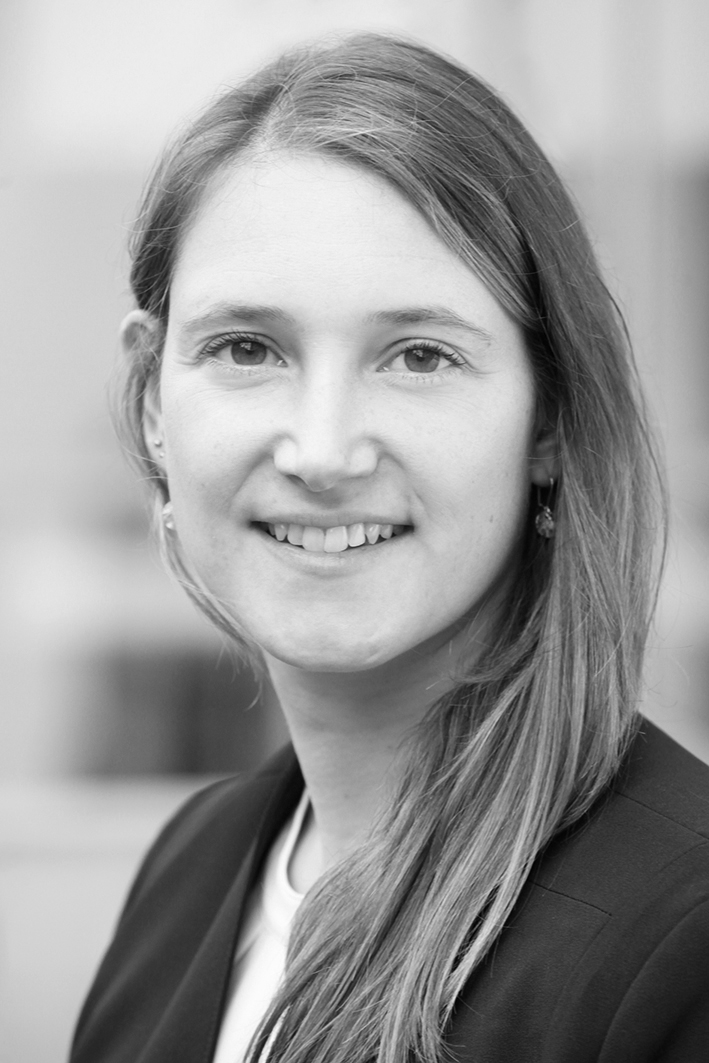 Verena Schulze Greiving is a postdoctoral researcher at the Science, Technology and Policy Studies group (University of Twente). After a bachelor in chemistry, she followed a master in nanotechnology. She received her PhD from the BIOS Lab-on-a-chip group of Prof. Albert van den Berg (UTwente) where she developed a microfluidic device for lipid bilayer experimentation. In her postdoctoral work, she created the CTA toolbox and supports scientists and engineers to implement societal dimensions in their research. Additionally, she is studying the role of RRI in innovation processes for digital health care technologies.

Invention is not Intervention

Processing Citizenship. Digital registration of migrants as co-production of individuals and Europe