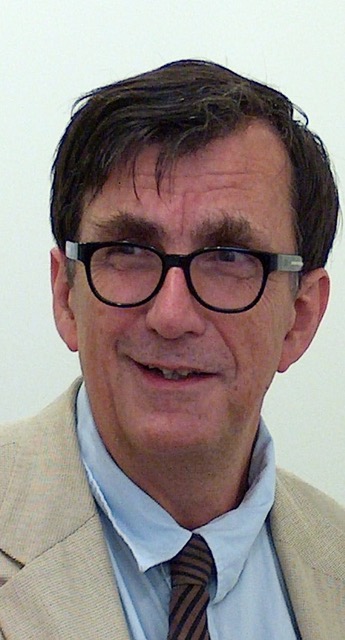 It is with great sadness that the Center for the Sociology of Innovation has learned of the death of Bruno Latour, who was one of the pillars of our research center for 25 years. He developed his research and teaching activities at the École des Mines from 1982 to 2006, carrying out a large part of the work for which he is best known. The Center for the Sociology of Innovation remembers him as a particularly creative, original, inspiring but also witty colleague. Early on, at a time when French social sciences were rather inward-looking, Latour organized workshops that brought together researchers not only from different geographical areas but also from a wide range of disciplines including anthropology, art history, philosophy, history of technology, semiotics, ethology, mathematics, archaeology, and ethnology. He always encouraged freedom and creativity within and across intellectual domains and disciplines.

With Michel Callon and John Law, and later Madeleine Akrich and many other researchers, he led a radical renewal of the sociology of science and technology, through what was first called the sociology of translation, and then Actor-Network Theory – a theory soon to become internationally renowned. From his early research days onwards, Latour had used what Callon and Law had called the generalized principle of symmetry, which was as revolutionary in the eyes of anthropologists as it was in the eyes of epistemologists, in order to analyze the production of knowledge in Côte d’Ivoire with the tools of science, and the work of researchers in a Californian laboratory with the tools of anthropology. His stance: the universal is a particular like any other, it is the result of the meticulous production of inscriptions, not the discovery of a Nature already there.

His research in history, sociology and philosophy initially focused on scientific activity (Laboratory Life: The Social Construction of Scientific Facts [1979, with Steve Woolgar]; Science in Action, How to Follow Scientists and Engineers through Society [1987]; The Pasteurization of France [1988]) and technical innovation (Aramis or the Love of Technology [1996]). His work found a favorable resonance within an engineering school, whilst science and technology were relatively ignored by the French social sciences. Already, however, the political philosophy reflection was present in these early works, and it became an increasingly explicit focus of the approach he developed from the 1990s onwards (We Have Never Been Modern [1993]; The Making of Law: An Ethnography of the Conseil d’Etat [2009]). It problematizes our relationship to nature (Politics of Nature. How to bring the sciences into democracy [2001] 2004; Pandora’s Hope [1999]), a theme that would drive him until the end of his career.

Starting from Charles Péguy, to whom his doctoral thesis was dedicated, and from religion to literature and painting (especially on the relationship between the earthly and the divine), from law to politics, from economics to organization: Bruno Latour was interested in the variety of these realities, at once distinct and closely related. From one field to another, he worked to meticulously describe the unique ways each of these realities is shaped, and his exploration culminated in his extensive Inquiry Into Modes of Existence [2012].

With a growing sense of urgency, he devoted his energy to politicizing the Anthropocene in a way that only a few have done, anchoring ecological problems to their earthly manifestations and clearly identifying the enemies of those he called “Earthlings” (Facing Gaia: Eight Lectures on the New Climate Regime [2017]). In doing so, he transformed the notion of network into an instrument to describe and question the conditions of life on earth, without ever abandoning his commitment to inquiry, inviting us to collectively ask: “What are we holding onto, where can we land, where are we?” (Down to Earth: Politics in the New Climatic Regime [2018]; After Lockdown: A Metamorphosis [2021]).

So many questions that, thanks to his latest body of work, seem a little less dizzying.

Latour has been a key figure for the STS community. He gave a talk at the very first 4S conference held in 1976 in Ithaca, New York. And like Donna Haraway, with whom he debated on several occasions, he had an eloquence and a sense for catchphrases that made the public flock to the sessions in which he spoke at 4S and EASST conferences or elsewhere. Over the years, he has coined and redefined many of the concepts that STS scholars are familiar with: from black boxes to matters of concern, from immutable mobiles to the parliament of things. The common language that the STS community speaks today bears many traces of his intellectual craftsmanship. For his contribution to STS he received the John Desmond Bernal Prize in 1992. He served as the 4S president from 2004 to 2005. Several years later the importance of his work for the social sciences more generally was recognised by  the Holberg Prize in 2013 and the Kyoto Prize in 2021.

An outstanding educator, he devised collective experiments such as a teaching module on the study of controversies, which is still taught today at the École des Mines, and which has spread to other higher education institutions in France (Sciences Po Paris, École des Télécommunications, École des Ponts et Chaussées, AgroParisTech, etc.) and abroad (University of Manchester, MIT, École Polytechnique Fédérale de Lausanne, etc.). His classes were witty, unpredictable, and memorable – he would, for instance, bring his collection of stolen hotel keys to showcase sociotechnical scripts in the flesh, so to speak. His students might be puzzled at first, but most walked out with a new attention to objects and a healthy suspicion of traditional dichotomies. One of his many memorable quotes in class: “You have to take the term information absolutely literally. The word cheese [fromage] is the word fourme, and fourme is where you put the whey. Information, infourmation: Information is cheese!”.

The research training workshops he led at the CSI, putting doctoral students at the center of the discussion and drawing on inventive writing exercises, illustrate the spirit in which he approached intellectual debates. He would for example make students rewrite each other’s PhD outlines, which yielded astonishing results, with new ideas emerging and analytical angles opening up. Or, in a more radical kind of challenge, he would ask them to perform a breaching experiment, and then to report on it. Through all these exercises, writing – as much as reading – ceased to be lonely and terrifying, but became a collective and joyful activity. In doing so, the aim was not so much for Latour to ‘disseminate’ his way of thinking, but really to push students (as well as colleagues) to think for themselves. Still today, doctoral students at the CSI do many of these exercises and Latour’s inventiveness continues to affect our ‘laboratory life’.

The researchers of the CSI express their gratitude to him.